The Kevin Brennan Joint two weeks ago connects us almost magnetically to Cronulla’s Bobby Brown, as they are the Lennon and McCartney of Aussie surfing tragedy. That gorgeous 1967 aquamarine Brennan-Brown-Tallows sequence in Hot Generation is a high point for both surfers—as well as the beginning of the end. Brennan found drugs and never recovered. Brown took a beer glass to the neck during a late-evening bar fight a few weeks after shooting Hot Generation and died the following day. He was 20. A week later, Midget Farrelly, in his weekly Sydney Morning Herald column, wrote a tribute that gracefully sketched out who Brown was as a surfer and a person (“he was known as Mr. Nice Guy”) but completely ignored how Brown died, which I guess is down to an overabundance of good manners on Midget’s part, or maybe it was just the still-fresh shock of the event—for sheer explosive random tragedy, I can’t think of anything in surfing to match it. Here is a short oral history of Brown’s life and career. 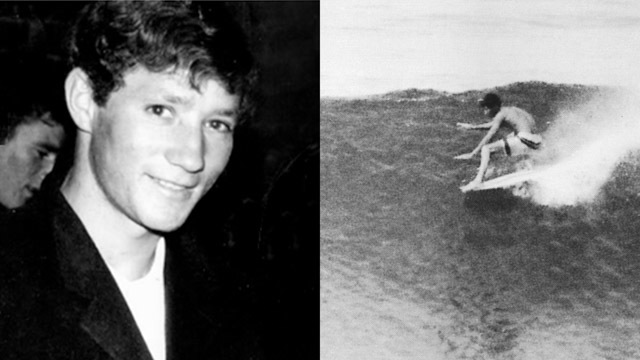 Brown’s surfing reputation, in any event, did not die that night, but what we’re left with is vastly reduced from what could have been. Brown was just coming into full bloom as a surfing talent at the time of his death. His development, furthermore, was in many ways unique. At 17, when he made the finals of the 1964 World Championships, Brown surfed like a red-hot 14-year old—smooth in places, but quick and punchy with lots of blatant style-quoting from Nat, Midget, and Edwards. In three short years, however, as seen in the canonical Hot Generation sequence, Brown had remade himself into a one-man High Renaissance of flow and style, not a rough edge on him, less creative than Nuuhiwa but every bit as smooth and five or so degrees more chill. Paul Strauch was Bobby Brown’s brother from another mother, as was Tom Curren. Had he lived, it’s easy to imagine Brown in a starring role, with Nat and Wayne Lynch and Ted Spencer, in Witzig’s follow-up movie, Evolution. 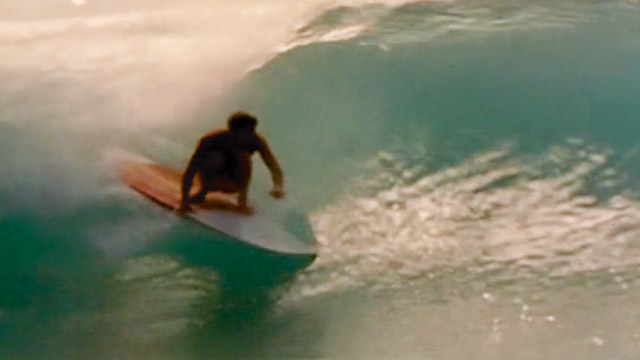 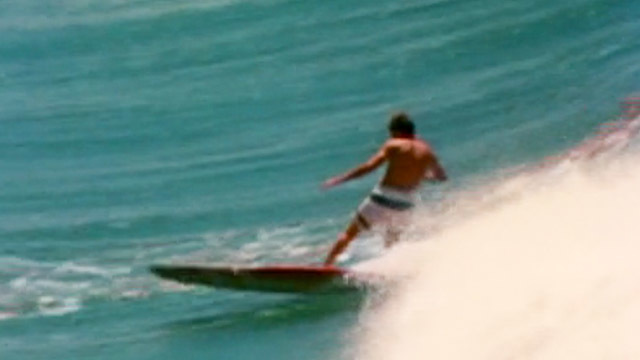 Finally, on a Brown-adjacent note, here is a bit from a post I did yesterday on the insane amount of dropping-in that took place during the 1964 World Championships. Watch the clip in order to get the full visual, but this will get you started:

The story has been handed down through time, one surf historian to the next, that Joey Cabell bunged himself out a world title because he dropped in on other competitors like Tatiana Westen-Webb riding a six-shot espresso high. There was a new “sportsmanship” rule in place that year, designed to prevent, or at least reduce, drop-ins. Cabell ignored it. Midget Farrelly won, Cabell got third. “Unfortunately,” contest organizer Bob Evans wrote at the time, choosing his words with care, “Cabell suffered a definite tendency to become over-aggressive, and it was certain his point score must suffer.” Head judge Phil Edwards confirmed. “They were going to give [the world title] to Cabell. I came out really strong for Midget, for sportsmanship reasons.” My understanding is, there was no specific point deduction for dropping in. Instead, the judges just put their heads together and came up with what they felt was a suitable penalty. My sense of it has always been that the other world title contestants that year read and understood the sportsmanship rule and “played clean”—Midget especially—and that Joey got knocked back for being the heel. Maybe some version of that is true, but I gathered all the 1964 World Championships drop-ins I could find, and as far as I can tell all those guys were dirty—except Bobby Brown who, surprise, got last in the final.” 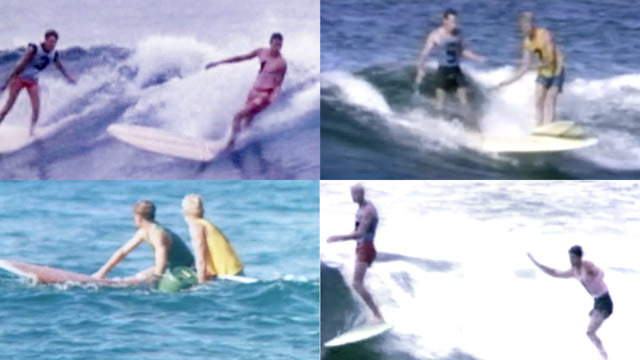 You know who didn’t drop in once during the ’64 world titles? JJ Moon, that’s who.