I won’t bet my AARP card on it but I think Florida’s own gonzo-hunk surfer-writer Bruce Valluzzi was the person who gave Backdoor its name, at the end of a 1968 article for Petersen’s Surfing magazine:

When the mortals awoke the next morning, they found a right breaking where the mighty Banzai Pipeline had been. The tubes sweep down from the north and die violently, their crystal blue throats slashed by vicious intruders—water-going assassins, vandalizing nature’s momentary sculptures. “But Pipeline is a left,” cried all the performers, adjusting their polypropylene personalities. Silly rabbit . . . Pipeline is a right. [The] North Shore colony tromps on, waiting for another anonymous day in Pipeline’s Never-Never land, Pipeline’s back door.

Folks, we had to eat that psychedelic horseshit on the regular during the late ’60s and early ’70s, and God love Phil Jarratt and Kevin Naughton and all the other next-generation stringers who put some lead back into surf writing. But my point here is that Valluzzi’s sign-off to “Pipeline’s back door” is, I believe, how we get to “Backdoor.” (Read a shortened version of Valluzzi’s article here; that’s Bruce, below, on the right.) 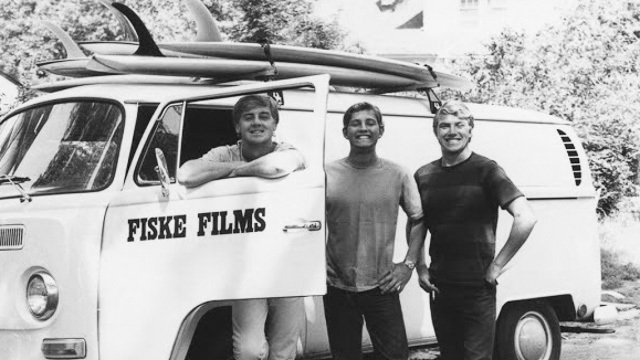 But hold on. Naming Backdoor is not the same thing as being first to surf Backdoor, and that brings us to a 77-year-old retired art history teacher from Takapuna, New Zealand, named Phil Bonham. A line from a recent Sunday Joint, about the first two great post-revolution surfers at Pipeline (“Jock Sutherland, my third-favorite surfer as a kid, rode Pipeline like he had a stick of dynamite up his ass; Gerry Lopez rode it like Audrey Hepburn stepping out of a cab on 5th Ave”) prompted Bonham to send an email recalling the decade he spent in Hawaii, starting in 1962. Phil doesn’t himself make the claim, but he may have been the first person to surf Backdoor. And I can say without a doubt that he was the first to score some A-plus Backdoor photos, and by all means put this Joint on hold and enjoy Bonham’s wonderful first-person account of his Backdoor-before-it-was-Backdoor experience. That’s Phil in the two surf shots, below, in 1966. And just for fun, I’ve included a before-and-after portrait set, which also happens to be Phil but could have been just about any post-pubescent male surfer of the era, the sport was leaning hard werewolf except we were too high to be tearing throats out beneath the full moon. 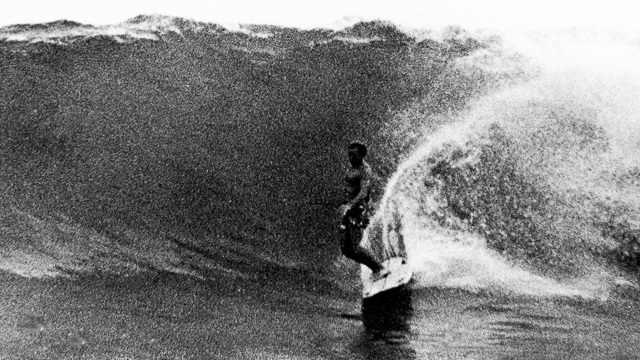 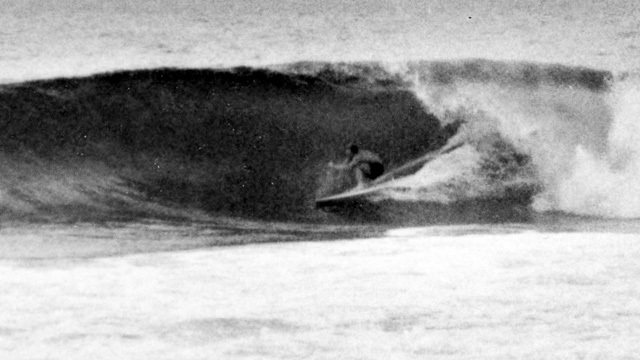 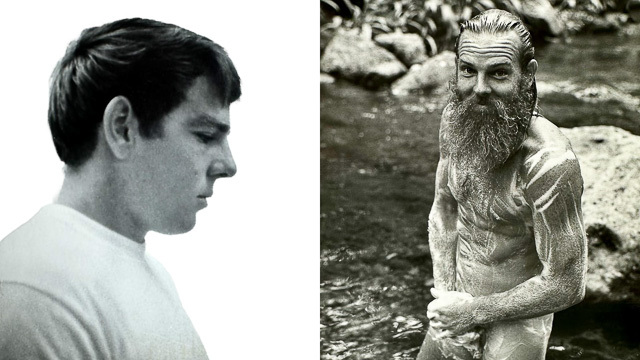 Malibu surfer Jojo Perrin died last week. In 1964, as a blocky 14-year-old Santa Monica High freshman with a Huck Finn smile and wispy-blond beginner mustache, Jojo nearly ran the field at the Malibu Invitational—the second-biggest contest on that year’s West Coast calender—finishing third, ahead of mainstays like Miki Dora and Mike Doyle. It wasn’t a fluke. Perrin was a hugely gifted surfer. He never really built on that incredible start, competition-wise, but Jojo jumped onto the new short surfboards in 1968 as easy as stepping off a curb, and for my money he owns the best action photos of 1969, which you see below. Two things I love about this sequence. Jojo’s obvious satisfaction, written all over his handsome face, in the lower shot. And also the feeling that this particular move, unlike so much of what was happening on the high-performance cutting edge at the time, was not at all a happy accident or a throw-it-against-the-wall-and-see-what-sticks kind of thing. Jojo may not have ever done a turn of this caliber up to this point. But he knows exactly where he is and where he’s going, and he’s done something here that is explosive and controlled at the same, with 10-for-10 style points thrown in for good measure. Perrin dropped out of view in the mid-’70s and later struggled with mental illness, but he lit the sport up for a few years, and I pulled together some of his photos and surf media clippings, which you can see here. 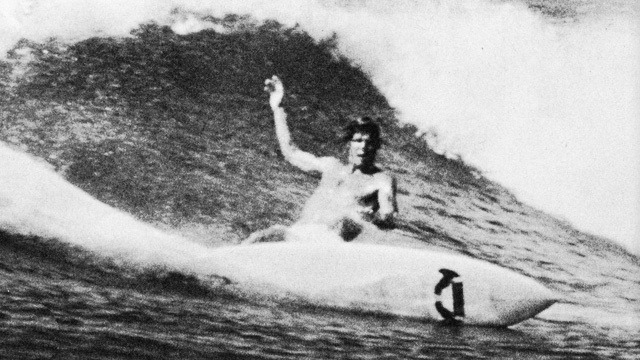 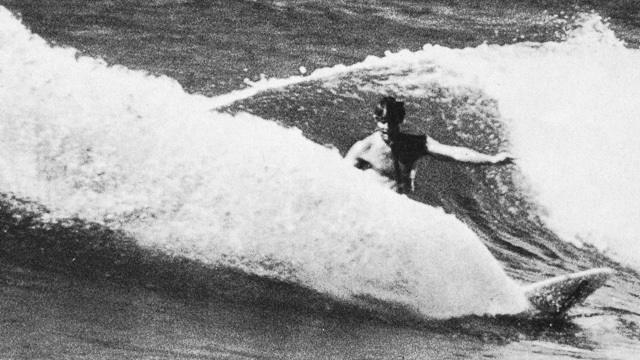 Finally, I came up empty-handed on finding more Judy Trim surf pics, although I remain hopeful that something will turn up in the Aussie surf mags from ’68 or ’69, most of which I don’t have here in the office. Writer-photographer Laurie McGinness from Ulladulla, meanwhile, sent this email, and I think this is where EOS, for now, signs off on Judy Trim.

Thanks from the old Dee Why crew for your work on Judy, and just a bit of a perspective you might not have gotten from anyone else. I used to hang out with Judy at her girlfriend’s place in the early ’70s. She hardly surfed by then and if she wasn’t yet “out” she definitely wasn’t hiding it. Two other men who used to come around regularly were in a gay relationship. In those days, at Dee Why anyway, it was like the military thing of “don’t ask, don’t tell,” but anyone paying the slightest bit of attention knew. The Judy I remember was butch as hell, proud of it, and not about to take the slightest bit of shit from anyone. Judy’s wake [in 2018] was a bridge across what had once been very troubled waters. All her LGTBQ+ friends from the inner city, and all the old Dee Why surf crew, everyone getting on famously, swapping stories and toasting her at regular intervals.

That’s a wrap, everyone. See you next week!

PS: The 2022 EOS Donors list just went up, and thanks again to all who contributed. We’re probably months away from any real news, but I will for sure keep you posted on the EOS Archive project.

PPS: I was so busy preening about Patti Paniccia in last week’s Joint that I ran out of preen for myself, but today the tank is full and what have we here? Me, birth to AARP, in the new issue of Emocean, with text by the amazing Jen See, who opens by noting that at age six I had three ambitions—drummer, drag racer, and surfer—and, spoiler alert, I went two-for-three. 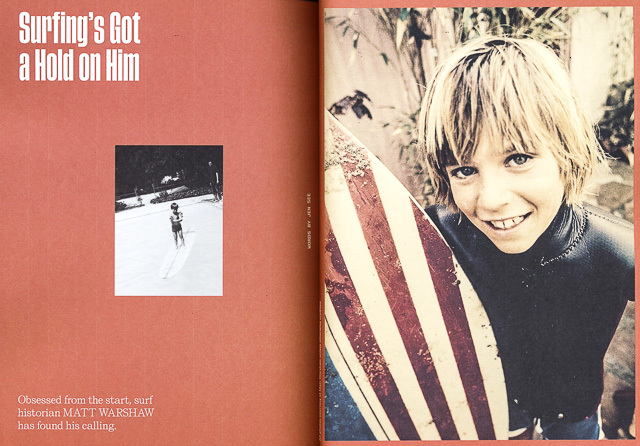