I’m a long way removed from the action, and reports are still coming in, but my Sunday Joint hot take is that California’s big-wave beatdown last week was All-Time Top Three for size and destruction, right there in the mix with 1969 and 1983. The Santa Cruz footage from three days ago has me thinking that, when everything is tallied up, this monster will end up at #1 damage-wise. As far as big-wave yarns and tales, ’69 is hard to beat, but if we’re talking just California, ’23 is looking strong there as well. Shaun Tomson posted a photo of Parker Cohn at Rincon on Jan 5 (below, top) and even the geezers who were around in ’69, when the bottom shot was taken (of Reno Abellira or Rennie Yater or Mike Davis, the debate continues), seem to be in agreement that last week was bigger—although ’69, at least at Rincon, was by far cleaner and more user-friendly, if that term can even be applied here. Meanwhile let’s not shortchange ’83, although as I recall the main deal that year was we got pummeled by a series of swells, one after the other, which seems to be what is about to happen this year too. From the EOS Swell of 1983 page: “In early February, after five consecutive big-wave swells hit California, the Los Angeles Times reported that more than 1,200 structures along the Southern California coast had been damaged (including the end portion of the famed Santa Monica pier, which collapsed); it was later reported that a single wave had demolished 17 houses in Santa Cruz, and that the piers in Seal Beach, Oceanside, Pacific Beach, and Redondo were damaged or destroyed.” (It was sometime in the middle of all that that Richie Schmidt speared this mastodon at Swift Street, and in that pre-Maverick’s age it blew our minds. Hell, 40 years later it is still an impressive and masterfully-ridden wave.) 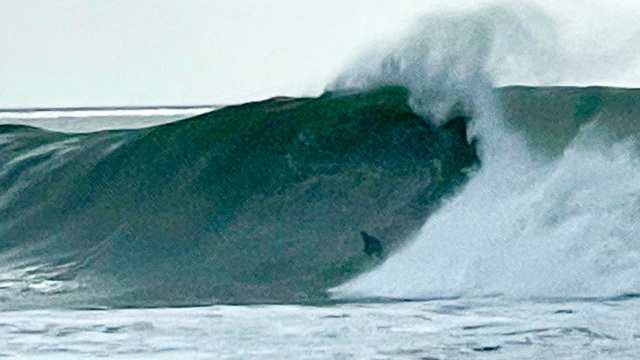 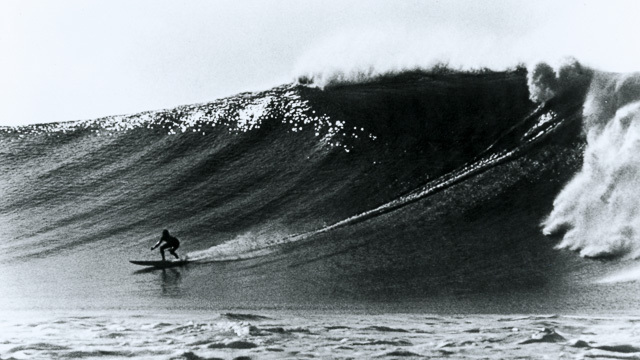 Brazilian big-wave surfer Márcio Freire died while surfing Nazaré last week. The keg-shaped 47-year-old, who in 2016 was an XXL Ride of the Year contender and was also among the first to redirect big-wave surfing’s attention away from tow-in and back to paddle, suffered a heart attack either during or just after a wipeout. Paramedics were right there on the scene and worked mightily as soon as Freire was carried out of the water, but he was declared dead on the beach. Remarkably, given the wave’s reputation, it was the first time a surfer has died at Nazaré. Freire, who lived in Hawaii for 22 years in order to pursue his big-wave calling, was known for his unfailingly cheerful demeanor as well as his courage. “Every time you crossed paths with him,” fellow big-wave ace Ian Walsh said, “your day was a lot better.” Read Freire’s New York Times obit here. 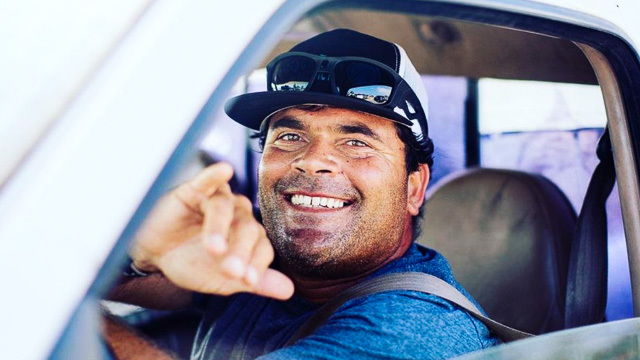 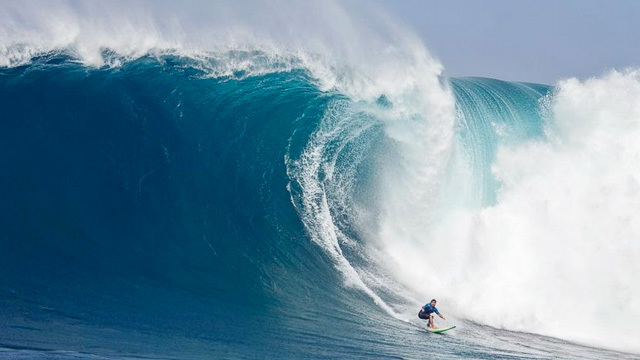 Thank you for all the emails in response to last week’s Joint on Judy Trim. Phil Jarratt sent in a fun and gracious first-person essay Trim wrote, shortly before her death, about Shane Stedman. Read here. “This might give you a small insight into Judy and her relationship with Shane,” Jarratt wrote, “who was a mentor, not an exploiter (in this case).” I’m not sure what Phil means by “in this case,” but Trim’s essay does break up the black-and-whiteness of gender politics that we dipped a toe into last week. The Trim-Stedman friendship is a reminder that we’re dealing with people as well as concepts; that cultural fault lines are never straight, always jagged. Aussie misogyny was off the charts in the 1960s and ’70s, Shane’s ads were a bit over the line even for the period, Shane himself was and is a smart, generous, kind person. These things exist at once. That said, there truly is no end of evidence proving how neck-deep up their own arses male Aussie surfers (and voice-over announcers) were in the 1960s. And yes, the smug incisor-proud fellow you see complaining about how female waveriders “develop muscles in the wrong spots” is tri-national champ Rod Sumpter. 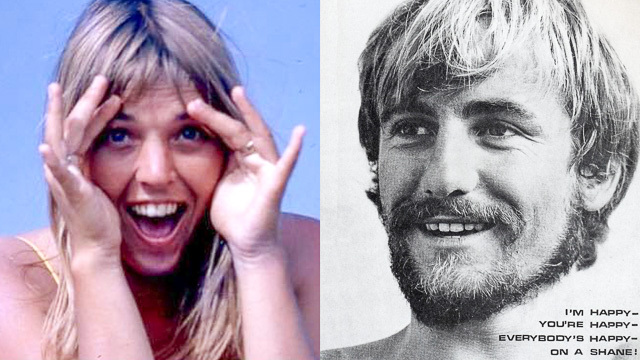 I cannot think of a non-preening way to direct your attention to a new BBC podcast-doc on women’s surfing, which is tough because it is written and narrated by EOS board member Patti Paniccia, and I want to preen because she is a law professor, Emmy-nominated CNN correspondent, writer, and world surfing tour cofounder, then preen even harder because of what Steph Gilmore says in the second half of the podcast: “One my favorite photos of all time is of Patti Paniccia—she’s paddling into this huge wave at Sunset Beach, taking off right up in the lip, and she’s so stylish; the wind is blowing ferociously up the face of this wave, and [she] just looks so poised and so cool.” EOS is built on the shoulders of others, and while Patti’s perfectly-muscled shoulders would disqualify her from the attentions of Rod Sumpter, they are currently my favorite shoulders in all of surfing. Here’s the pic Gilmore was talking about. 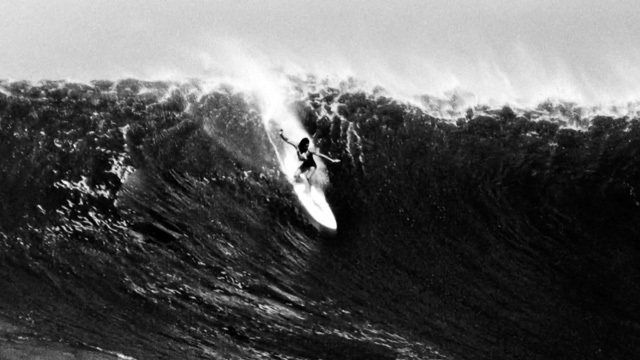 This six-minute Waimea Bay clip, filmed last week and starring John Florence with strong support from Jack Robinson, popped into my feed just before I hit “send” on today’s Joint. First and foremost, I am awestruck, jaw on desk, at how next-level good Florence is at Waimea, our hoariest and most ancient big-wave break, which in the not-too-distant past was thought of as a specialist’s wave. (Scroll to 4:50 for the money shot, then back it up to 2:57.) And how about Robinson, who is not yet at John’s level out there but just used his first-ever surf at Waimea to put himself in the top rank. And sorry, I can’t help it, it’s just reflex at this point, meaningless in fact, but a curse on WSL for coming up with a tour platform that virtually ensures neither of these surfers can win a world title in 2023. Then again, does John give a shit? The clip opens with Jack, still clothed, walking up John’s driveway, early in the morning, pre-surf.

Jack: It must have been huge last night, yeah?
John: (still stoked) I think it’s peaking now.
Jack: (maybe stoked, but less so) John, you know I’ve never surfed Waimea in my life?

Folks, 2023 is off to a wild start. Thanks for reading, and see you next week! 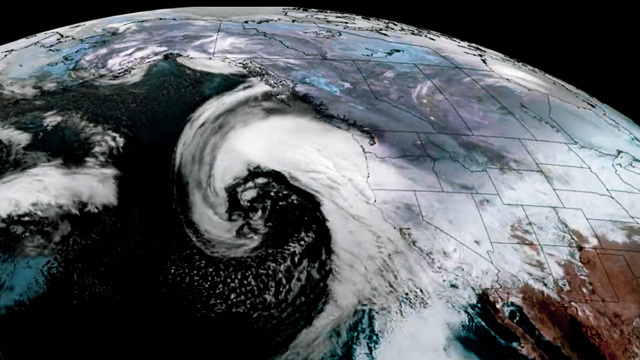 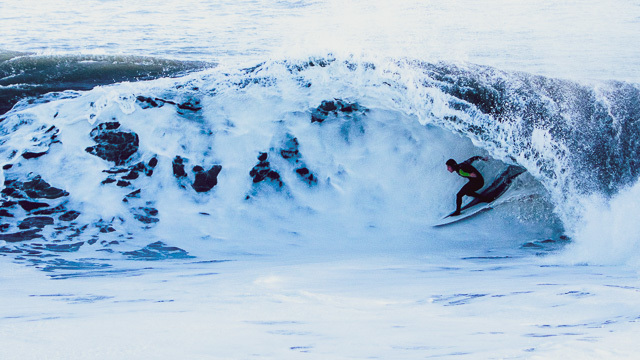 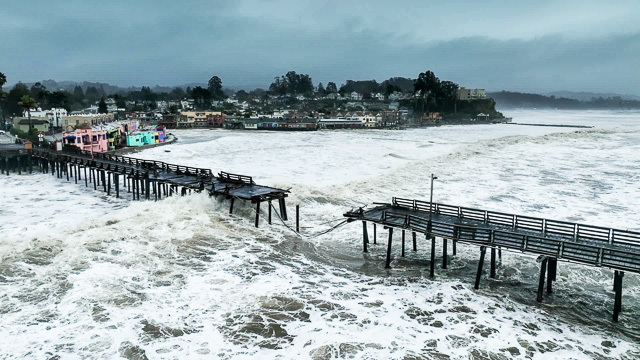 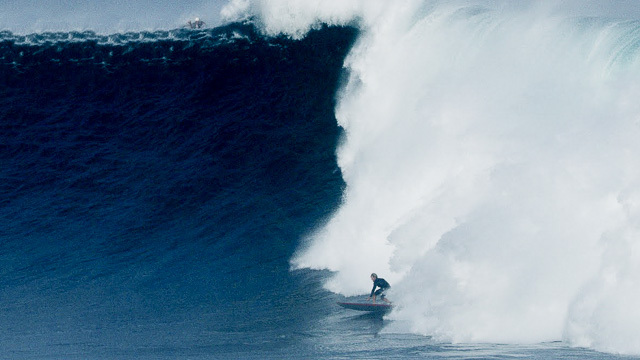