Whatever the funniest thing in surfing is at the moment always seems, in my experience anyway, to be the funniest thing ever, and right now that thing is a huge plushly-bearded goofyfooter from New Zealand named Luke Cederman. Luke posts often on his various Raglan Surf Report platforms, and I encourage you to visit and sample freely, but you might start here with “Surf Nerd” and “Surf Dad: the Revenge.” The pivot halfway through “Surf Dad” is, as the tied-up prisoner earnestly notes, is “fucking remarkable.”

No doubt you’ve already got list of go-to sites and platforms, but Raglan Surf Report, plus Chaotic Nightclub Photos and Look at this Russian, provides 75% of my minimum daily comedy requirement. Also, and not that it matters in terms of laffs, but Cederman is a world-class power surfer with an absolutely pile-driving forehand carve. He sprays as hard as he slays, and that one’s on the house, Luke.

The funniest surfer in 1966, or at least the most famous funny surfer, was JJ Moon, self-proclaimed “World’s Greatest” rider of waves, with his furry papa-bear belly and resting Alfred E. Neuman face, who took a well-executed alter-ego joke all the way to a full-length Life magazine profile. The opening part of the JJ Moon story—the prank that begat the prank—is the best. Moon was actually Ned Eckert, an assistant basketball coach at Chapman University who also happened to be friends with some of the best American surfers of the day, including Corky Carroll and Miki Dora. He’d been using the “JJ Moon” handle to write his “Moonshots” horse racing column for the Newport Beach Daily Pilot, and in late 1964, as a gag and unbeknownst to Eckert, JJ Moon was entered into the Makaha International Surfing Championships. Eckert found out when he landed in Honolulu on a winter surf vacation and saw his name in the papers as a Makaha contestant.

The story from there, as reported in Life:

It rained for the next five days, and the contest was postponed, waiting for good weather and good surf. During the lull, a top competition surfer named Mickey Munoz, an old friend of Eckert’s from Malibu, was being interviewed on the air. “And tell us, Mickey, who do you think will give you the most trouble in your heat? Who’s the man to beat?” asked the announcer as Moon and the other Californians crowded around the radio in a nearby bar.

“Well, I don’t know, there are a lot of tough guys,” said Mickey. “But the guy I really fear the most is the fabulous JJ Moon.”

Moon and his bar companions erupted in unrestrained hilarity.

Ned Eckert lost in the first round at Makaha—but the legend of JJ Moon won big, and the joke rolled on and grew for another three years, with fan clubs, JJ Moon merch, and a “Dear JJ” column in Surfing magazine. In fact, while Eckert himself finally dropped it, the joke never really died. JJ Moon was still picking up SURFER Poll write-in votes all the way into the 1990s. Eckert, by the way, is alive and well and you can catch up with him on this Temple of Stoke podcast from last summer. 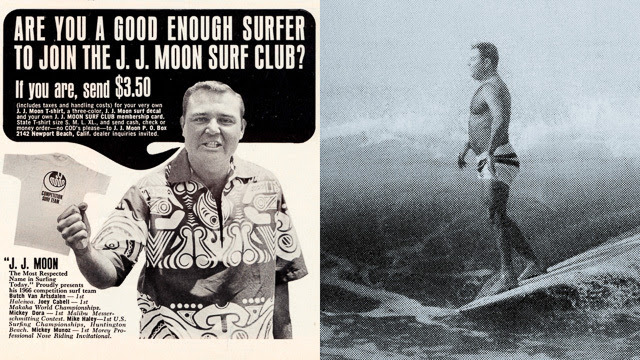 Midway through my one and only college-level English Lit class, the professor walked us through TS Eliot’s “The Waste Land,” and thus gently led I was able to grasp, briefly, the poem’s strange power and beauty. Other than that, it has been a lifetime of tone-deafness to verse of any kind, and I mean everyone, Keats to Eliot to Plath to both Dylans, Bob and Thomas. Bob Dylan especially, I suppose, because unlike the others I really want to understand what he is saying; I love his voice, the tunes, the attitude and phrasing, yet I can listen for only a short while before pulling the ear-buds, angry at myself for not knowing what’s happening, angry at Dylan for (take your pick) operating at a level that far about me or just fucking with us all, and angry at the rest of you for either getting it or pretending to get it. All this came back to me earlier this week when Anthony Lane, my favorite New Yorker writer, published “The Shocks and Aftershocks of ‘The Waste Land’,” and there I was again struggling to gain purchase, my eyes refusing to slow down to read the poem excerpts, but sticking with it anyway because Lane is so good.

Eliot’s sense of humor never lay far below the surface, and, as we honor the centenary of his most celebrated work, it’s worth bearing in mind his responses to a questionnaire that was sent out to a batch of poets, in July 1922. “Do you think that poetry is a necessity to modern man?” Eliot: “No.” “What in modern life is the particular function of poetry as distinguished from other kinds of literature?” Eliot: “Takes up less space.”

. . . and while that wasn’t enough for me to give “The Waste Land” another try, it improved my sour mood and reminded me of a similar questionnaire given to Pat Curren—another person whose life and work I mostly do not understand or identify with, but who, like Eliot, had a fine sense of humor. From a 1963 issue of SURFER:

4. Other sports of interest to you: diving

6. Outlook for surfing: no answer 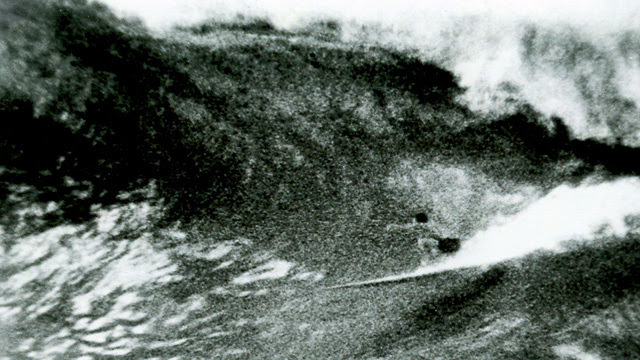 The comedy here rests 100% on Curren’s answer for question #4—the fact that he bothered to reply to just that one question and not the rest—and unlike the whole JJ Moon bit, this to me is still a total hoot. But not as funny as my very favorite Luke Cederman bit, “Surfing and Gender Equality,” in which our baffled Kiwi fella, confused after being dropped in on by a female surfer, seeks council with a dude friend and opens the discussion by saying “I thought I’d done everything to avoid this situation, you know? I’d treated this chick with utmost respect.”

PS: The “good night” line is from Waste Land, except Eliot swiped it from Shakespeare, which reminds me of Eliot’s famous remark that “Good artists borrow, great artists steal”— except his actual quote was  “Immature poets imitate; mature poets steal; bad poets deface what they take, and good poets make it into something better, or at least something different.” Editing is half the game, people. More than half. 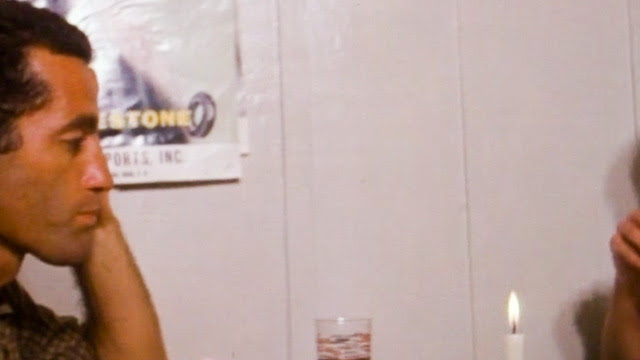 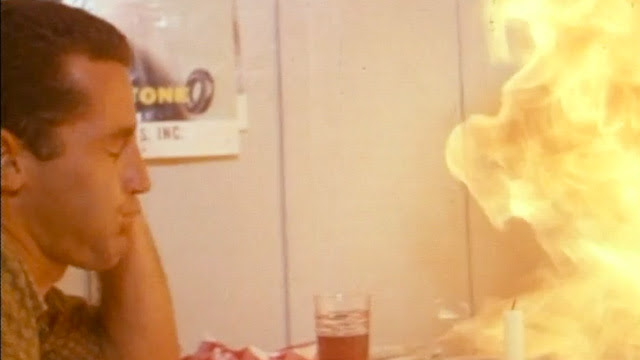 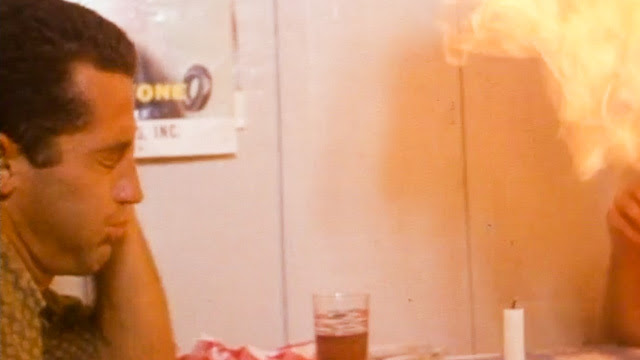 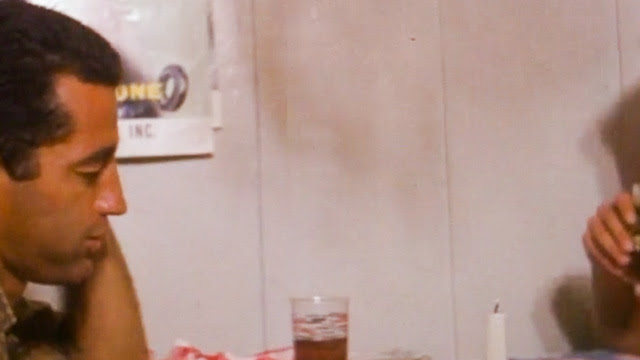