Surfing is no longer hip, but lack of hipness doesn’t matter. This is the apple-sized conclusion, placed 100 yards downfield, that my arrow of logic was going to smartly pierce at the end of this Joint. But nay. Every time I draw the bowstring my hand wavers. The word “hip” is so wrung out, for starters. What about “cool,” then? Is cool okay? Isn’t cool the same as hip? They are not the same, but the difference is slippery, and I will not engage, here on our time, in this type of pedantic sad-sack verbal tiddlywinks in order to find and split those differences. Better we all listen to Tower of Power’s “What is Hip,” which eye-rolls the term itself while at the same time creating a five-minute definition of it.

Closer to home, Sam George bravely took a flyer on the subject with his 1998 SURFER feature “Is Surfing Hip?” which in turn prompted me to write a short chapter in History of Surfing, titled [checks notes] “Is Surfing Hip?”

Sam threw a couple of head fakes, first replying to his own question with an emphatic “Oh yeah,” then hedging his bet with “tough call” and a stated belief that surfing’s hipness “screeches to a halt in the early ’60s,” then closing the discussion with a time-traveling upvote: “Surfing was hip, is hip, and always will be hip.” Tom Blake, according to Sam, figures heavily into all of this.

My take, from History of Surfing, doesn’t make a call one way or the other, apart from noting that the sport’s massive turn-of-the-century spike in popularity, along with its new premium-level pop culture cachet, triggered “a small identity crisis.”

These types of chin-stroking articles of course always say as much about the writer as the topic itself. Sam swung wildly in different directions. I didn’t swing at all—although, elsewhere, on EOS, I’ve become something of a Blake-basher. 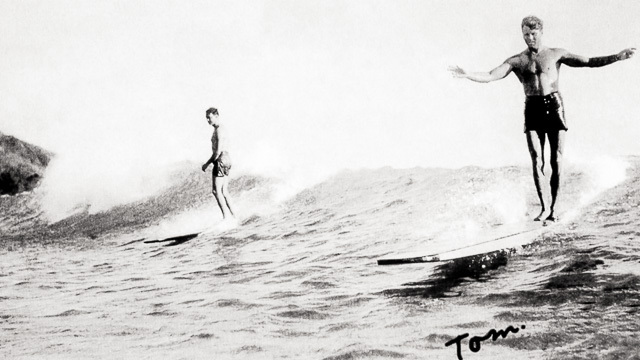 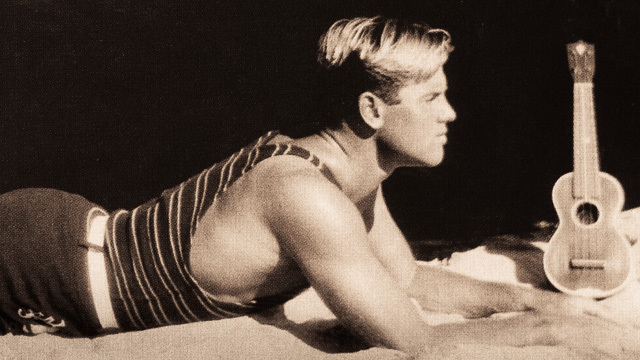 But to amend my answer to the above-posted question:

Surfing is not hip.

When it stopped being hip is open to debate—somewhere between Gidget and the recent announcement of Seaworld Orlando’s admittedly freaking awesome Pipeline Surf Coaster, although my strong belief is that, hipness-wise, we voluntarily tore off our own epaulets in the late 1970s, when we leaned hard into stickers and logos. To wit: 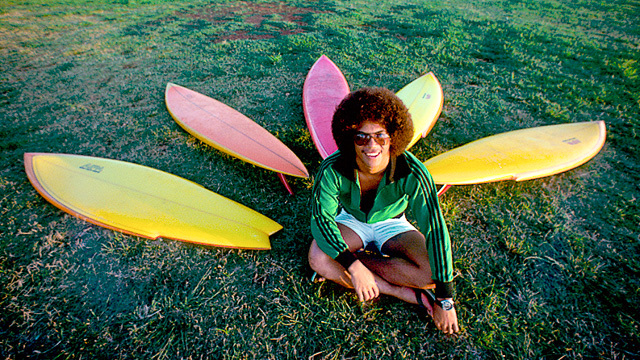 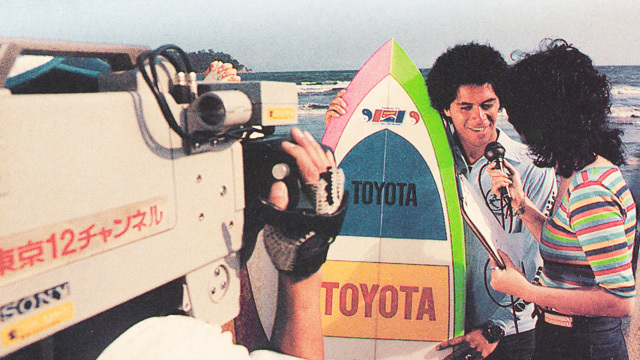 The more interesting question is: So what? Surfing is no longer hip or cool; who cares? We’re still out there riding, surrounded by ocean—we are leaving wavepools out of the discussion; I’m barely juggling the topic as is—and in that moment surfing at its core is the same half-magic ultimate-pleasure activity it was 50 or 100 or 500 years ago.

At the end of History of Surfing, which is by and large a 500-page overview of change and transition, and how such developments can be both thrilling and discouraging, I talk about our “appreciation for what can’t be changed.”

No violation against any accounting of surf history is committed by pointing out that eras, movements, innovators, and champions are all secondary ways in which surfing defines and distinguishes itself. What counts the most—the only thing that counts, in the final tally—is the ocean setting. The sport is attached to the hem of a natural force so vast it can drain the power from a howling continent-sized storm, refine it, and deliver it ten days and 3,000 miles later in a smooth and elegant ocean-going processional. For a few seconds at a time we get to ride that current. Surf history is so many banners and streamers waving from this single, incredible natural fact.

Hipness, you would think, is one of those streamers flapping around back there, beaver-tail-like. The ride is all that matters. The ride and the ocean setting. Right? 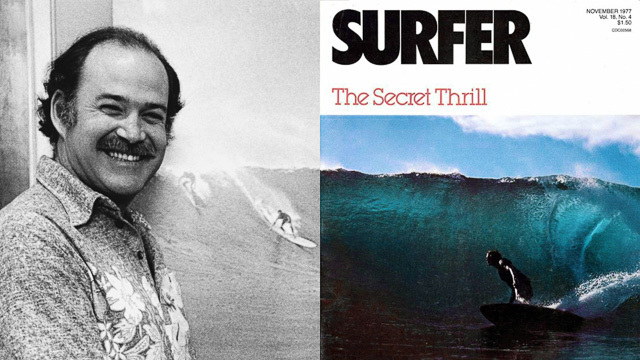 It should be, but no. Not for me, anyway, not in my heart. I want hip. I miss it. In 1977, publisher Steve Pezman approved a three-word SURFER cover blurb, just above a back-lit photo of a non-celeb riding an unnamed Hawaiian break, that read “The Secret Thrill.” I bring this up because doing something as arcane (“secret”) as it is attractive and compelling (“thrill”) is itself a not-bad definition of hip. Surfing at that point was still off to the side, culturally, and valued as such. A long time ago I asked Barton Lynch what his greatest achievement was as a surfer, and without pause he said, “Driving to the beach when everyone else is driving the other way.”

Lack of hipness is not a deal-breaker, obviously. Hip doesn’t last. But still—the cake is nicely sugar-dusted and cherry-topped when everyone else is driving the other way.

Thanks for reading and see you next week!