Gidget, Duke Kahanamoku, Laird Hamilton, and Kelly Slater, in that order, are my picks for the most famous surfers of all time. Bethany Hamilton is probably #5, although my heart is with either Jeff Spicoli or Snoopy. We’re talking general audience fame here, not in-house fame, so no Dora, Lopez, Curren, Medina or Gilmore.

There is the second category of fame, with a briefer lifespan, when a surfer is catapulted to wide-open public view for one reason or another, then floats back to earth and back to something close to mainstream obscurity. Handsome jewel thief Jack Murphy, for example, or Mick Fanning, in nations outside of Australia, just after his YouTube-busting shark encounter. On this list, way up near the top, is Laura Blears, also known as Laura Ching, who I would argue climbed higher, shined brighter, and vanished more completely than Fanning or Murph the Surf or any of the other supernova-famous contenders.

Blears came at you from a lot of directions. Her surfing chops were solid. Hawaii state champ in 1970, Makaha winner, and 1972 world contest finalist—the same year brother Jimmy, as quiet and reserved as Laura was vivacious, won the title.

Blears was the lone female invitee to the ’73 Smirnoff Pro and in her prelim heat, held in rippable overhead surf at Laniakea, she finished behind Hakman, Townend, and Aipa, but ahead of California’s Tiger Makin. Joined by five other female pros in the ’74 Smirnoff, Blears was the top point-getter; the following year she was runner-up to Margo Oberg.

Surfing, though, was just the launchpad. For three seasons running, Blears was featured in Superstars, ABC’s popular “celebrity Olympics” jockfest, and in ’76 she placed 3rd, ahead of Martina Navratilova and sundry Olympic gold medalists. While in Australia that year, Bears made the cover of People magazine and was blurbed as the “World Tigress of the Waves.”

But by that time, as every Playboy-loving kid from the High Disco era knows, Blears was best known as the cheerfully and extravagantly nude surfer atop a cherry-red Lightning Bolt semigun pintail, emphasis on semi, following her six-page spread in the July ’75 issue.

I’m ambivalent about nudity deployed as a fame multiplier. Feminism can wear stilettos, sex is power, use what you got to get what you need, and etc. But the Playboy spread was Blears’ career-making moment, and with her ecstatic back-arched shot on the opening spread (title: “Here’s Why the Lady is a Champ Super Surfer!”), she and her big smile and zero world titles became a hundred times more famous than recessive four-time world champ Margo Oberg. Which itself is ridiculous. Not Blears’ fault, but still. (Along with the female-to-female unfairness, add a gender double standard, by which I mean Pauline Menczer is better-looking than Mark Richards, yet Menczer has been answering for her looks for 30 years while MR is never not living his best surf-legend life.)

In 1979, just as her star was beginning to fade—and, sorry to harp, just as Oberg was halfway through her massive run of world titles— Blears was one of 72 women featured in a one-off line of trading cards called “Supersisters,” along with Rosa Parks, Gloria Steinem, Helen Reddy, and various other high-achieving feminist-leaning politicians, actors, writers, and entertainers.

Then Laura Blears stepped off the fame train. Completely. Next stop: motherhood, a move to Maui, two marriages, two divorces, and a 40-years-and-counting career as a restaurant waitress-hostess-promo person at Kimo’s in Lahaina. Blears today is 70, same big smile, same big energy, swimming laps or riding a few waves while you read this Joint. Bring her a copy of the July ’75 Playboy, and she will laugh and autograph it for you.

PS: Before signing off, it should be mentioned that Blears was genetically predestined for a life of adventure and high-profile media, as the daughter of pro wrestling legend Lord James “Tally-Ho” Blears—and if you’ve never heard the Tally-Ho story, friend, adjust your monocle in and click here. and then watch him employ a textbook Oxford Leg Strangle to beat Leo Garibaldi in this 1954 donnybrook at Hollywood Legion Stadium. 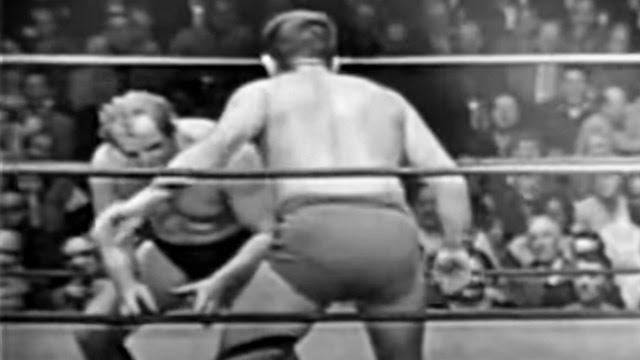 PSS: While on the topic of average male looks not being a barrier to fame, I’ve always loved the fact that C&W immortal George Jones is called the Possum for no reason other than he looks like a possum. Just like Mark Richards resembles a friendly quokka-ferret hybrid, and I’m guessing that a lot of you, like me, think that Jones’ and Richards’ extraordinary talents were if anything underscored by their pedestrian appearance. Women surfers do not get the same consideration. We are a work in progress 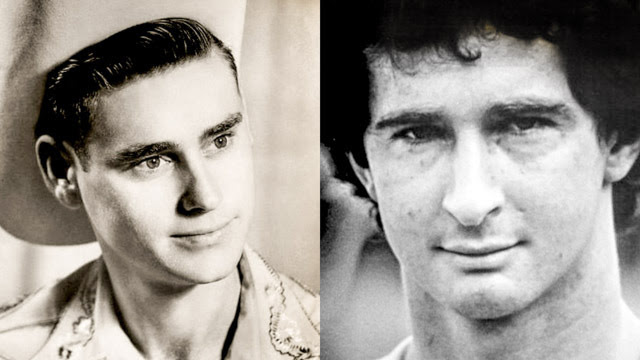