“Going to school here in San Diego,” surf photographer Aaron Chang told me in 1994, “I encountered huge amounts of racism. It was a big part of my life growing up. Really destabilizing. Vicious taunting from white kids about the shape of my eyes, that kind of thing. Surfing was the saving grace for me during that period. In surfing, it was pretty much just ability.”

But I also spent a lot of time thinking about, and fielding questions on, “The Long, Strange Tale of California’s Surf Nazis,” Dan Duane’s opinion piece in last Sunday’s New York Times. Settle in, folks. Much to unpack here. 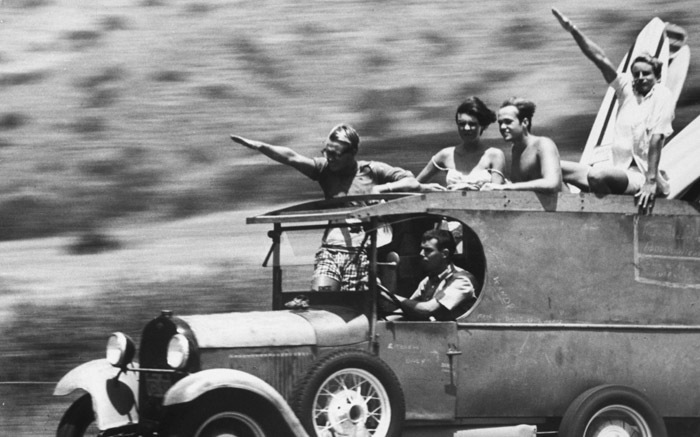 First, Dan and I have been friends for 20-something years. We’ve gone on surf trips together, he helped remodel my house in San Francisco, he gave an amazing laughs-and-tears toast at my wedding. Back when Dan was doing reviews for Bon Appétit, we set out on a chilly SF evening and had three expensive dinners back-to-back-to-back. I’ve talked to Dan, on record and off, for many of his surf-related articles over the years, and did so for last week’s “Surf Nazis” piece. During our conversation, I mentioned that somebody, around the time Gidget was published, had burned a cross on the driveway of Kathy Kohner’s Brentwood house, and that anecdote wound up in the Times article. Except it didn’t happen. The cross-burning story came to me second-hand, and I should have asked Dan to check with Kathy, but I didn’t, and that’s on me. I’ve apologized to Kathy and her family. I hereby apologize to the Times, to surfing, and to UC Berkeley Professor Emeritus Thomas Brady, who gave me the one and only A+ grade of my life and advised me to “go all the way in history!” I make a show out of rolling my eyes at the whole “surf historian” label, but in fact I take the work seriously, and when I go on record, for EOS or to a Times reporter, the information has to be as accurate as I can make it. So again: no cross-burning. (The actual story, according to Kohner, is that somebody spray-painted a swastika on their gravel driveway.) 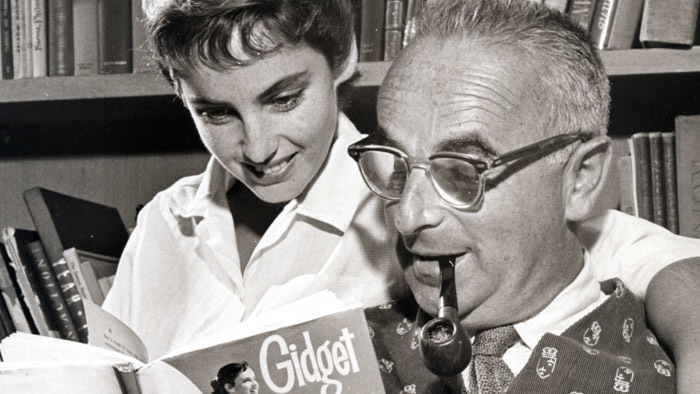 Next, it is hard to defend the use of Nazi imagery. Swastikas, Hitler salutes, Iron Cross helmets, the “surf Nazi” phrase itself—our sport’s history is flecked with Third Reich emblems, and it is an ugly, embarrassing look. (As it was for Bowie, Brian Jones, and Sid Vicious.) But you gotta make room for context. Click here, for example, to get the first-hand story behind the famous shot (see above) of the kids on PCH throwing the Sieg Heils. Click here to read how Time magazine more or less shrugged off Ed “Big Daddy” Roth’s foray into surf-themed Nazi novelties in 1965. Fascist-based pranking may be grotesque, but it has never, in the surf world, to the best of my knowledge, been a marker for Fascist ideology. 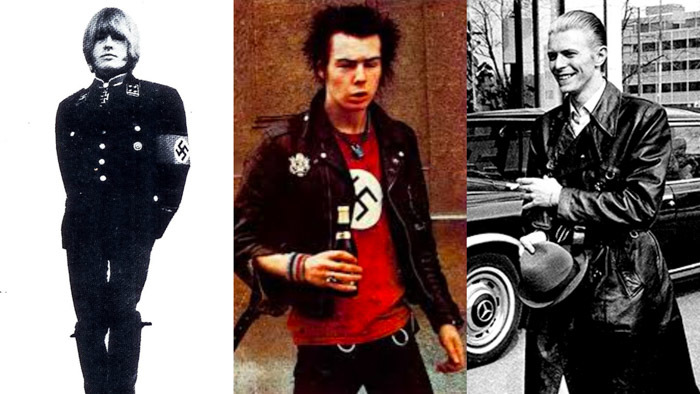 Speaking of ugly and embarrassing—Miki Dora. I remain conflicted here. I have championed Dora in the past. Surfing aside, I still appreciate what he did in terms of crafting an alternative to the mainstream-aimed let’s-clean-up-the-sport push of the early- and mid-’60s. Dora’s grinning and nimble fuck-off response to the surf establishment resonates to this day. But if you’re looking for a poster boy for the surfer as antisemitic/racist, Miki’s your guy. His on-record comments in this regard are plentiful and disgusting, and nearly all of it was said or written when he was an adult. I was asked last week if Dora was a genuine white supremacist or a mere button-pusher, and my probably-too-glib reply was “Bad either way. Just different shades of asshole.” Anyway, Dora getting pegged down in the Times (and on BeachGrit) was, for me at least, fine and just.

What is not fine and just is the idea that surfing in general is racist and antisemitic to a degree that deserves to be called out in the Times—or anywhere else. Yes, there are surfers who don’t like, maybe even hate, blacks and Jews. Just as there are skiers and chess players and philatelists who don’t like blacks and Jews. But if you want to place surfing, as the Times article does, in proximity to synagogue shootings and Mein Kampf and redlining and eugenics, you gotta bring more to the discussion than Dora and Surf Nazis Must Die and the Sieg Heil kids on PCH. Ask Steve Pezman if antisemitism figured into his surfing life. Ask one of the Paskowitz boys, or Koa Rothman—or me for that matter. (I put the question to Shaun Tomson, whose first plane ticket to Hawaii in 1969 was a bar mitzvah gift, and he replied without hesitation: “No, never, not even once.” Same with me.) 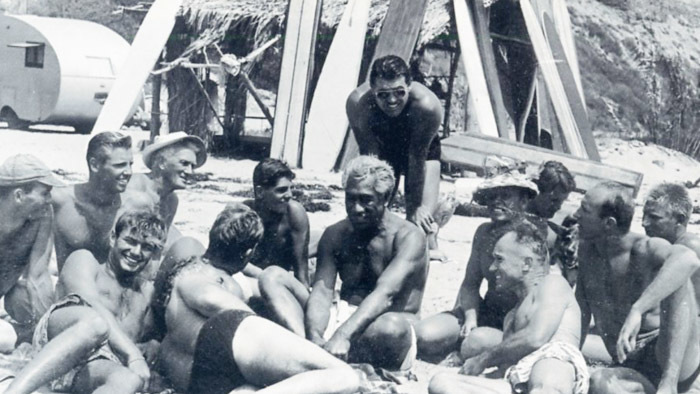 Lastly, on the racism bit—and this is where I think Dan went furthest off track—how do you write that article and not mention our dark-skinned icon of icons, the Father of Surfing, Duke Kahanamoku? Racism found Duke, again and again, but always outside of surfing, on his travels to and from the Olympics, and elsewhere. In the water and on the beach, among surfers, Duke was revered. As were Hawaiians in general, to surfers of all countries, all races, all economic stations, who were just turning on to this amazing new sport.

Again, surfers have not solved racism. But to have a discussion about racism and surfing and not bring in Duke and the prominence of Hawaiian culture and the leveling properties found in lineups around the world means we’ve left out a big, really big, chunk of the story.

Oh, and let’s not forget surfers vs apartheid, but damn it I’m out of time!