Surfing has a knack for fragging itself with embarrassment. Always has. Cheap canvas Duke Kahanamoku signature tennies. Droopy soul surfing platitudes. Surf Ranch Pro. I may roll my eyes and complain a little, but none of these misdirected surf-world outgrowths really bother me, for a couple of reasons. First, gorgeous as it is, surfing has always tricked people into thinking that, as a product, it will be easy to capture and present and take to market. It is not. I would like to see fewer crappy surf-themed representations, yes, but getting it right is really hard. The target is apple-sized and 50 yards downfield, and for every arrow that hits the mark, a few thousand fly wide.

Another reason I don’t mind a surf-world embarrassment is because of the gratification (and thank you William Gibson for inventing the internet) that comes from seeing something called out and well-mocked nearly in real-time. Which, I know, is as petty as it is performative. Mockers don’t win. Or rarely win. But we take our pleasures where we find them, and my day is improved when I see a well-crafted Twitter dart thrown at the WSL announcing team, or a Beachgrit takedown of Laird Hamilton. Remember the 2015 Point Break reboot? I didn’t see it either—but my surfing life was in no way reduced by its existence because I so much enjoyed the claws-out reviews. “The new Bodhi feels less like a dangerous, charismatic outlaw,” Vulture noted, “and more like the world’s worst college-seminar leader.” 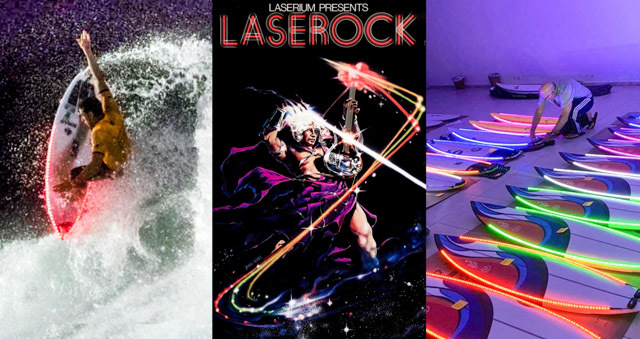 Bringing us to the recent Onda do Bem (“Wave of Positivity”) surf-contest-slash-failed-middle-school-party held at Itamambuca Beach, Sao Paulo, Brazil. With all WCT events this year canceled because of covid, the World Surf League has been forced to make things up on the fly with results that I’m told are mixed, and by “mixed” I mean mostly awful. The WSL always gets into trouble when it thinks outside the box, and that was the case at Itamambuca, as the invited pros took to the water under cover of darkness with high-lumen LED lights glued to their boards. Here is the full five-hour Onda do Bem replay clip; scroll to 2:31:00 and tell me that doesn’t look like the world’s saddest beachfront nightclub.) 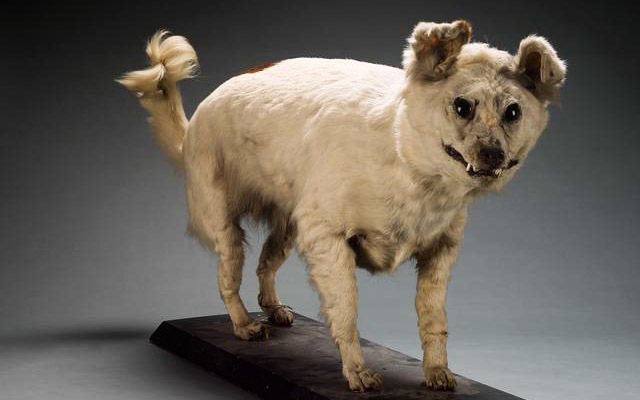 I am more interested and less judgmental if the contest took place a few hundred years ago—although that might change if I had to sit through a five-hour replay—which brings us to this short but tantalizing 1865 report from Hawaii. As a spectator, do I want to see a “contest of pride,” in which those involved wear special custom-made blood-red competition gear (as opposed to going nude), and where a drop-in doesn’t bring an interference call but instead “results in sexual indulgence”? Or do I go for the chief-vs-chief specialty event, with baked dog as a snack? Fifteen years ago I tried to make myself over into an adventurous eater by attending a fancy San Francisco “whole beast” lamb dinner, but tagged out during the opening course of brains and tongue. That said, I’m only middling fond of dogs, and if we hit a break in the Interisland All-Kings Pre-Contact Challenge and the chief waves me over for a handful of poi dog brisket between heats I’ll say mahalo bru, and dig in. 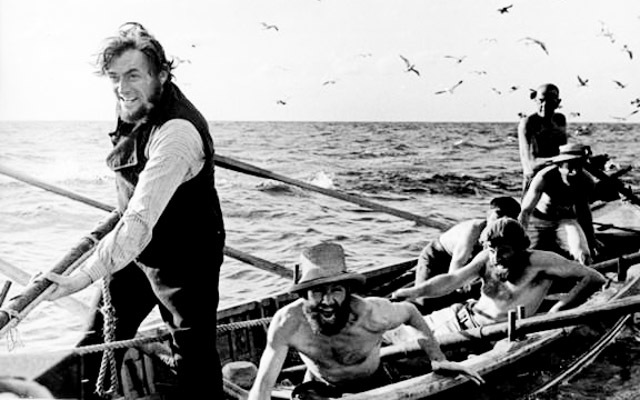 Finally, thanks to all of you out there who encouraged me to give Moby-Dick a try. Progress so far has been slow, and I’m not yet completely swept away—although the ship only just left the dock, Ahab hasn’t yet emerged from below-deck, and the whale is many leagues yonder, so I’m thinking the good parts are still to come. Meanwhile, I’ve already hit upon some strange and exquisitely-worded passages; more than enough to keep me going.

“A noble craft, but somehow a most melancholy! All noble things are touched with that”
—Melville describing Pequod or Tom Curren at age 58.