Photographer Art Brewer and pointbreak stylist Kemp Aaberg both died this week; Brewer on Wednesday, at age 71, from complications following a liver transplant; Aaberg last weekend, at 82, from Parkinson’s.

Brewer was, and still is—and probably always will be, given that the profession itself is such a different and arguably reduced medium compared to its pre-digital version—the consensus pick for all-time best surf photographer. He had incredible range, an open eye to all of wave-riding’s kaleidoscopic possibilities, great patience while in the field, a relentless work ethic, and a blood-deep feel for what it means to live a life where surf is the maypole around which everything else dances and weaves. I always thought it was amazing that Brewer came to the fore in 1968, just as Ron Stoner flamed out. The two were similar in many ways. Ron was the first of his kind to embed with his subjects. Every surf photographer before (not many, admittedly), even if they were shooting from the water at close range, you felt the remove, you were aware at some level of being on this side of the camera body while the surfer was on the other side. Stoner’s magic was to erase that feeling, and I might argue that Stoner did it best—but Brewer wasn’t far behind, and where Ron had roughly five peak years as a photographer, Art logged something close to 50, and where Ron was a West Coast specialist with the occasional quickie trip to the North Shore, Art was out there like a volatile Captain Nemo, coast to distant coast, laughing and raging and extending the trip—and firing those images back at us, on deadline, like Kodachrome throwing stars, where they landed regularly and deservedly on magazine covers and centerspreads. 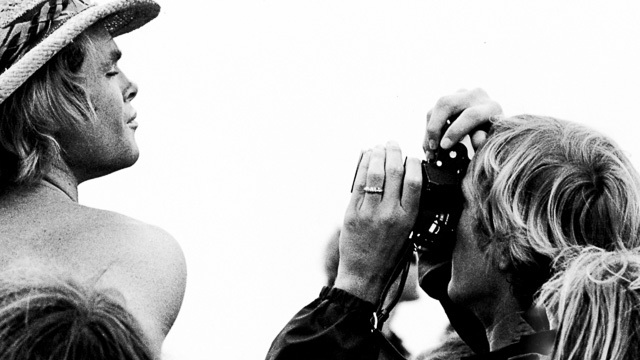 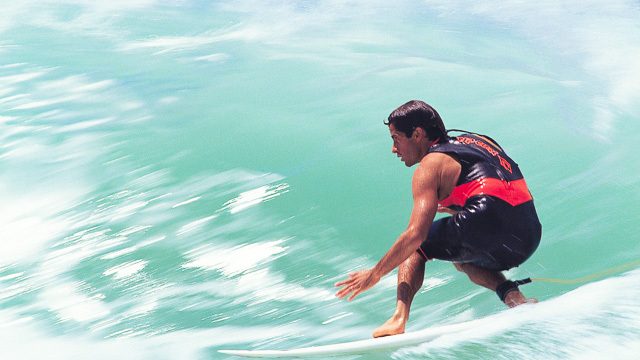 I remember so clearly this exchange from a conversation I had with Art in 2014. It is worth noting that his voice here is matter-of-fact, not nostalgic or wistful or bitter. Brewer still had many irons in the fire, professionally. He kept a hand in the surf game, but surf photography was no longer all-consuming, and we didn’t address it but I got the distinct feeling that he was glad to have throttled back. He was content with what he’d done and looking forward to what was coming. He felt that way up until the end.

What comes to mind when you look at shots of yours from the 1970s?

Just that the sport hadn’t been sold out yet. It hadn’t gone out the window.

When did it go out the window?

I don’t know. Photography-wise, digital maybe kind of ruined it. Sometime after 2000.

Surf photography has maybe gotten too good for its own good.

It’s just so homogenized. Everything is smoothed over. All the colors are perfect.

That’s what I mean. It’s too perfect. It was more interesting when it wasn’t perfect.

When they were weaving, Indians would always put a flaw in the blanket. You don’t want the blanket to be perfect. The world’s not perfect.

Yet perfect surfing moments exist. Absolutely. Not just in terms of color and texture and wave-geometry, but feel and mood. And that can be captured on film. “He was really in with all the good surfers, and that helped. [But mostly], you could tell he just loved what he was shooting. The best moments in a surfer’s life, he caught ’em.”

Art said that about Ron Stoner, but it is a just and proper epitaph for Brewer himself.

It cheers me up every time I find out a well-known surfer was born hundreds of miles away from the ocean, or that they came to the sport relatively late in life. I guess it allows me to imagine that surfing is open to all, or at least not fully closed off to anyone but us lottery winners who were born on the coast and dragging a board into the shorebreak as preschoolers. While Kemp Aaberg was an attractive surfer any way you looked at him—and yes, let us absolutely include that aquiline XXL nose—I love the fact that he was born in Peoria, Illinois, and didn’t pick up a board until he was 16.

Kemp was a textbook obsessive, but at every turn, with every new interest (surfing, guitar, triathlons) he never allowed the new thing to divide him from his best qualities. Kemp was always bright and generous, funny and warm. In a 1964 Surf Guide article on Malibu, Kemp complains a bit about the crowds, but also has a broader—Midwestern, you might say—view of things. “What happened,” he says of the surf craze that in small part he’d help launch, as a favorite surfer in the early Bruce Brown films, “was that a new game had been discovered—a new entertainment, a new recreational device, a new economic device. Once surfing was discovered you certainly couldn’t expect [it] to be saved from the [crowd] explosion, just because it’s so much fun to do. And it makes you feel so good. Nothing makes you feel better. I always wonder how people inland really exist. What can they do? Do they really feel refreshed after a game of football?” 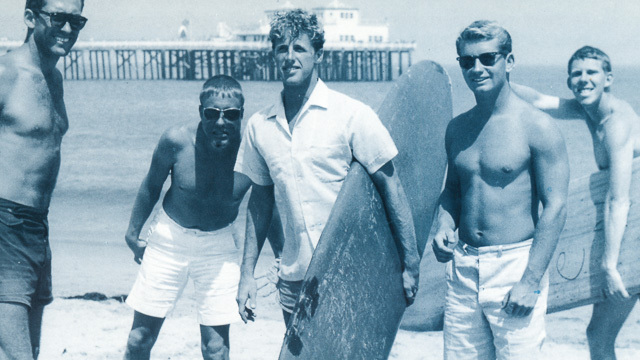 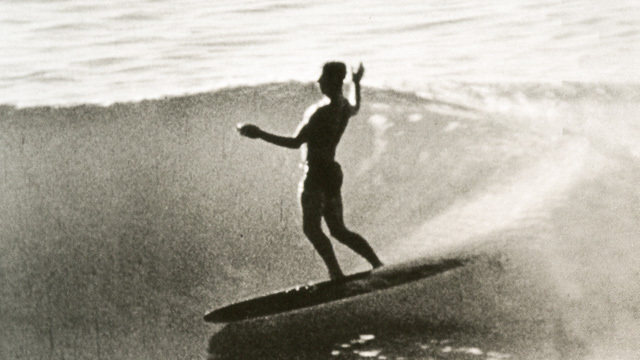 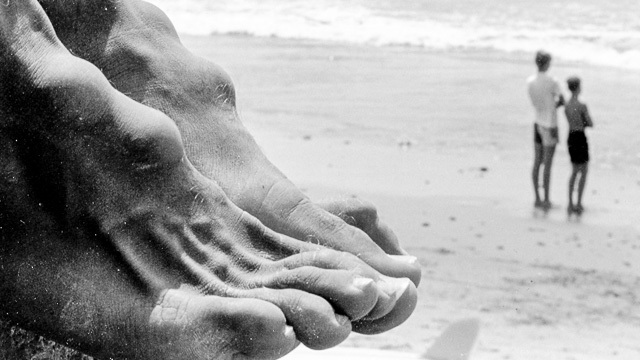 Aaberg was a surf stylist for the ages. Herky-jerky at times, upright like a flag pole, then deeply crouched, back up, elbows and hands flying away at unexpected moments, the general effect very marionette, except it was like God himself pulling the strings. The videos I’ve posted on EOS do not do Kemp justice. This one and this one were both filmed when he was 18, a few weeks out of high school, and had been surfing less than three years. This gets a little closer to his weird proud-chested free-jazz approach, but I have better footage on the hard drive and will try to make another clip soon.

What else can I tell you? Kemp Aaberg had the biggest surf knots on the coast. He improved the mood of any room he walked into. He and good friend Mike Doyle were the Sunshine Boys, the cheerful alternative to Miki Dora, although in many ways they were all on the same page.

Kemp and Art Brewer both gave us the best version of surfing.

Thanks for reading and see you next week.

PPS: Hit “pause” just about anywhere on a Kemp Aaberg clip and you get something great. 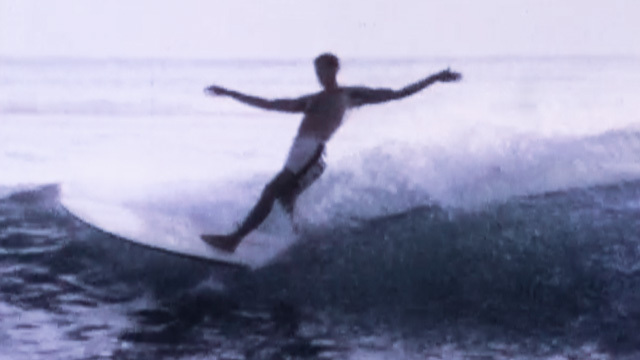 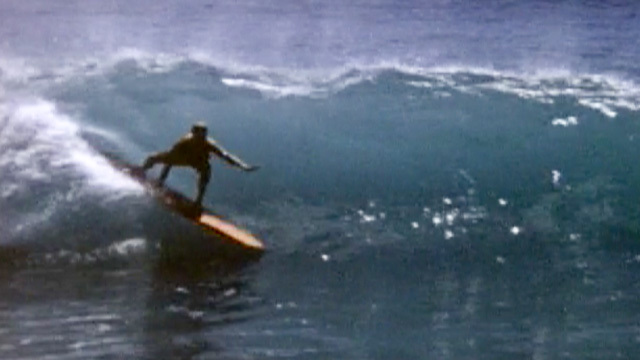 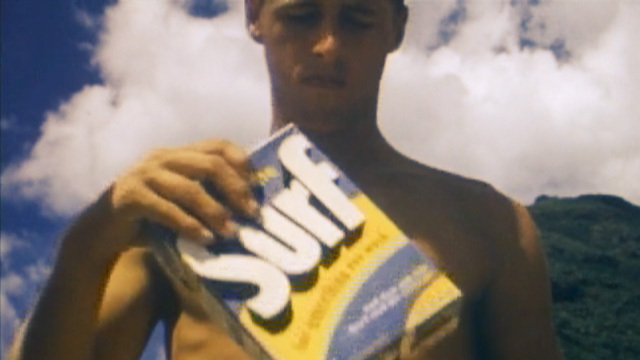 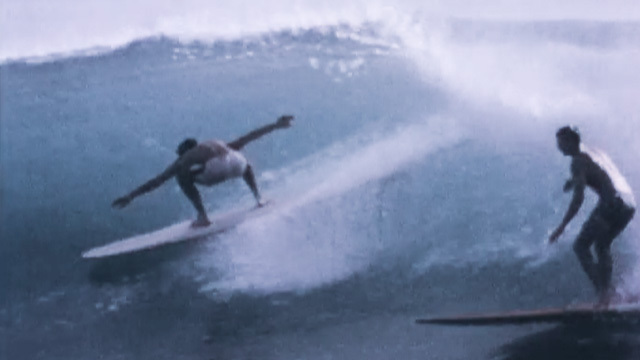 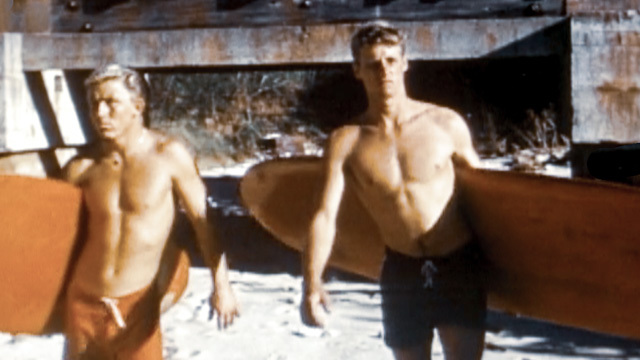 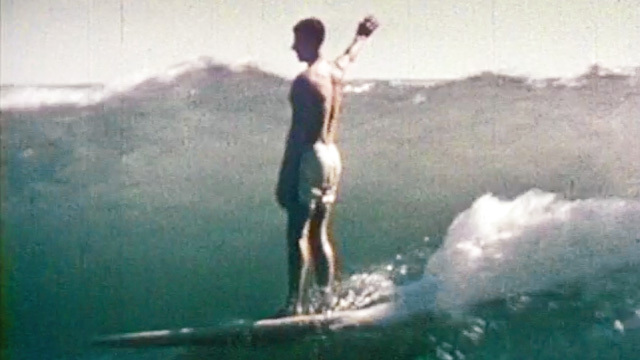 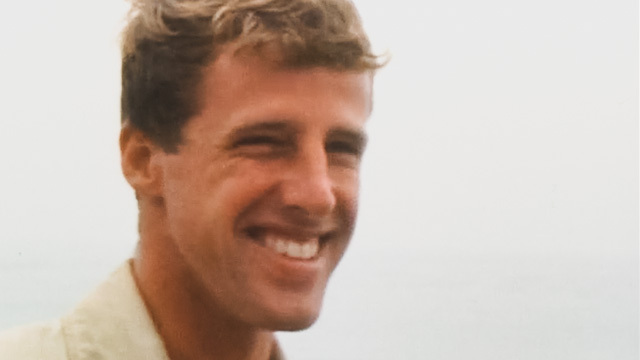