If the only thing you recall about Bondi surfer Bluey Mayes, as described in our Joint from two weeks ago, is a flame-haired barrel-chested pug screaming “Outta me fuckin’ way, ya goose!” while riding a 16-foot toothpick through the lineup like Major Kong rodeo-nuking the Russians—understandable, that was the money shot for sure.

But between the part on Bluey Mayes’ EOS page where a friend calls him a “big flavorsome bastard,” and Mayes’ own cheerful admission that he went on the dole to have more time to chase waves, is the less-flamboyant fact that during World War II he dutifully served two years in the Royal Australian Navy.

Few surfers from the period didn’t serve. Woody Brown (conscientious objector) and Bob Simmons (4-F from any angle) come to mind, but that’s about it. “During the war,” as surf historian Malcolm Gault-Williams later noted, the beach was left to “kids, vagabonds, and civilians who worked in defense-related jobs.” Duke Kahanamoku himself called the five-year period between Pearl Harbor to VE Day “a vacuum for surfing.” Vietnam was different. A lot of surfers shipped out and fought, but a lot found a way not to—Wayne Lynch and Mark Martinson being two high-profile examples. In some ways, the two wars were similar. A never-tallied number of surfers were killed or injured in both, while others fell into the PTSD hole. But Vietnam added a moral twist to the whole awful equation, and the Nixon-era GI Bill was scraps compared to the buffet of benefits WWII vets were offered. By whatever reckoning you choose, from the early ’40s to the early ’70s virtually every surfer in the world was shaped to some degree to by the military—you were in the service, or ex-service, or worried about having to serve, or plotting your way out of serving. 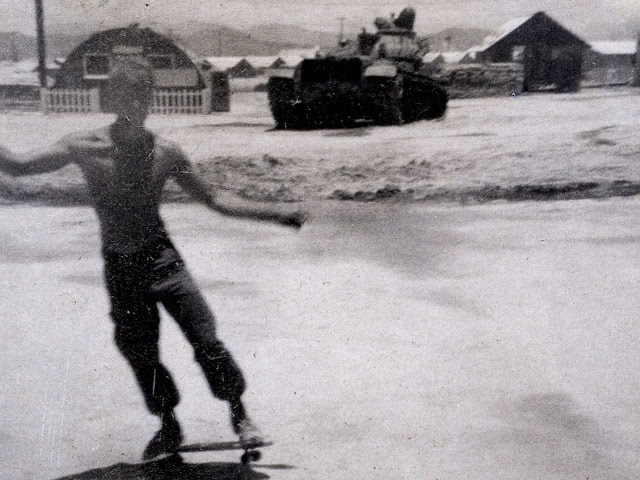 This changed almost overnight with the end of military conscription in America and Australia—1973 and 1972, respectively—at which point the overlap between surfing and the military shrank by, l’ll just throw out a guess here, 95%. (South Africa was a different story.) This is a more complicated topic than anybody wants to take on in the middle of a read-and-delete surfing email newsletter but, in short, compared to World War II, surfers got richer while the kids in the barracks got poorer. Still shooting from the hip, but I’m guessing that in late 2021 you’d run through a hundred WSL competitors, Surf100 rippers, vloggers and kooks, never mind the sun-kissed Malibu VIPs, before finding anybody with a really strong connection to the military.

I have arrived at the end of this observation without having a real point—although, if we can bend the topic slightly, I’d vote all day long for non-military national service and I’ll go CCC on those hiking trails myself if they’ll take a fairly fit and willing 61-year-old and his helpmeet Nespresso machine. 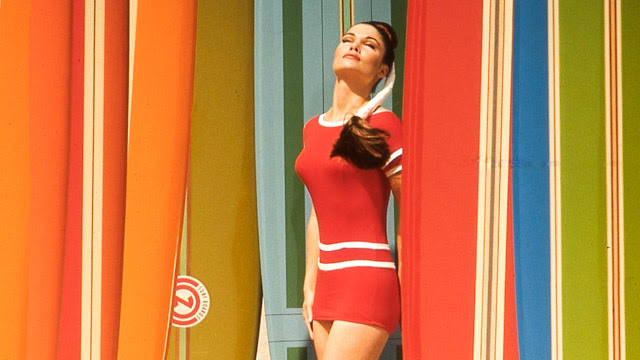 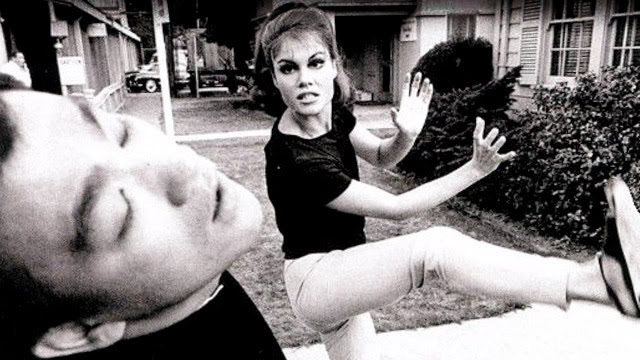 PS: This whole riff was triggered early last week when somebody tagged me on an Instagram post featuring actress-model Wende Wagner surrounded by a shiny and fully erect brace of 1965 Con Surfboards. I’d never heard of Wagner (or the photographer, Orlando Suero; quite the portfolio on that guy), but soon learned that she was the daughter of a Navy commander, went to high school in San Diego, and played Lenore Case, secretary to undercover superhero Britt Reid in the one-season-and-done 1966 Green Hornet TV series. That’s her putting shoe leather to the jaw of Bruce Lee, who played Kato, Reid’s chauffer, on the show. Wagner later was married to Ride the Wild Surf bully James Mitchum, roomed with Sharon Tate and, as a high school friend later recalled, “lived in an awfully fast lane.” She died in 1997, at age 55.

The best part of the Wende Wagner story is her near-discovery in 1958, during an on-location Coronado Beach shot for Some Like it Hot. Wende and some pals were out surfing. Director Billy Wilder himself took notice of her and requested a screen test, the sooner the better. Wagner’s parents said no, and if I’ve read correctly between the lines of this article, Wende responded by running away to the North Shore with the Coronado gang for an extended surf vacation. Here is Wende and boyfriend Tom Carlin doing a morning surf check in the most Camelot surf photo ever taken. She was 17. For better and worse, the Navy brat was no longer taking orders. 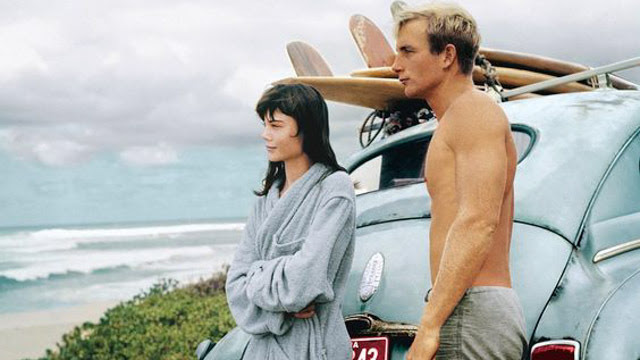