I moved to San Francisco in 1991 and for two or three years the City flew hither and yon, Tinkerbell-like, across my dull SoCal beach-bro senses. Everything I experienced in SF during this period was at the very least new and different and often borderline magical. I’m not a Grateful Dead fan, but whatever ecstasies the hardcore spinners used to feel during the course of a three-hour Dead show—that’s what it was like for me every time I drove west on Fell Street, or had dinner in South Beach, or paddled out at Taraval. Walking into the Richmond District Safeway was a buzz just because it was in San Francisco and not San Clemente.

Now and then, always at night, and only in or around Union Square, I’d catch a glimpse of Marian and Vivian Brown, the famous identical twins, who must have been in their 70s by that time. They didn’t seem to exist in any context, apart from San Francisco itself. As far as I could tell, they were famous just for being constantly out and about and upscale, smiling, waving, impeccably dressed in matching and slightly campy fur-forward outfits and rigid blond wigs. The twins were uncanny and joyful at the same time, and fit the City like a pair of calfskin gloves. Seeing them was always a treat.

I can think of no other relatively common condition that both changes and defines a life more than being an identical twin. Jorja and Jolene Smith, the Reagan-era surfing twins from San Clemente, in virtually all respects, could not be more different from Marian and Vivian Brown, but I’ll bet you could cut up quotes from the four women, throw them in a hat, and in many cases not be able to tell which quote belongs to which set of sisters. The connection from sibling to sibling is to a degree replicated from set to set, around the world and through the ages. Mostly this seems to work in twins’ favor. They live longer than the rest of us. They each have an empathy partner who, literally and figuratively, birth to death, has the other’s back.

On the other hand, there is also a built-in flattening effect. As a twin you not only have to divvy up the attention, but the attention is nearly always funneled through your twinness. You get more of some things, but less of others. 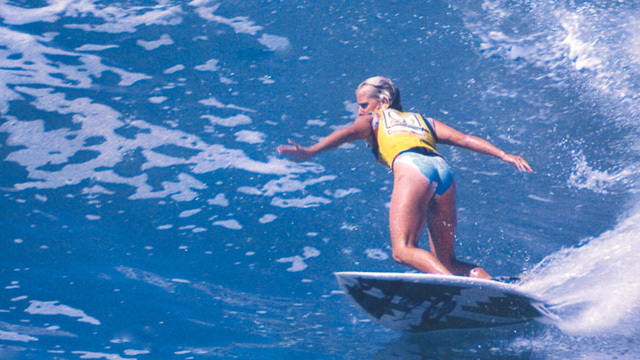 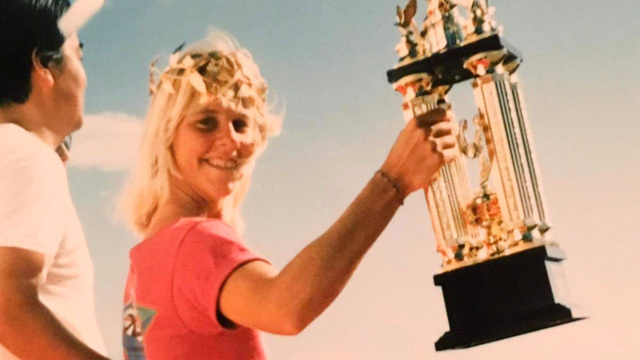 For example: I’m looking at Surfing magazine’s 1984 “Twenty Who Rip” special issue. The 20 surfers, of course, are all men. Open the magazine and each of these men are given two to four pages of color pics and a few hundred words of text. In the back of the magazine, over the course of seven pages, we get shorter pieces on “Twenty on the Rise.” Again, all men. After that, way at the end, jammed into three pages featuring matchbox-sized black-and-white photos and little caption-sized blocks of text, we get “Twenty Women Who Rip”—and way down there in the lower-right corner the Smith sisters have to share a matchbox-sized photo and all we learn about them is that they’re contenders for the amateur world title and that they’ll be “double trouble when they turn professional.”

As a female twin, in other words, Jorja and Jolene each got a piece of cake that was cut in half not once but twice. You’d need a deeply empathetic person in your life to not run off and set something on fire.

The Smith sisters have a great moment in the recent Girls Can’t Surf documentary. In 1989, when Ocean Pacific announced they were dropping the women’s division from the upcoming WCT Op Pro in Huntington—it was “a positive change” for surfing, an Op spokesman said, and the women were free to enter the Op Pro men’s trials if they wanted to compete, and don’t worry folks, the bikini contest is still on as scheduled—Jorja and Jolene began a letter-writing campaign which forced Op to do a swift U-turn and put the women back in the event. (At the usual reduced rate, of course. Frieda Zamba earned $4,000 for her ’89 Op Pro win, while men’s winner Richie Collins took home $8,000.)

While poking fun at Surfline a couple months ago, Luke Cederman deftly changed lanes midway through the bit to riff on one of the oldest, funniest, and dumbest surf traditions—the surf sacrifice. Watch here. I chuckled through two viewings, recalled my own long-ago eco-ignorant beer-and-gasoline forays as a surfing pyro, and made this short tribute to our sport’s mostly-doused interest in fire. Come for the burning skateboard, stay for Brian Eno’s “Baby’s on Fire” which, unlike Eno’s 1970s glam-era haircut, is aging incredibly well. 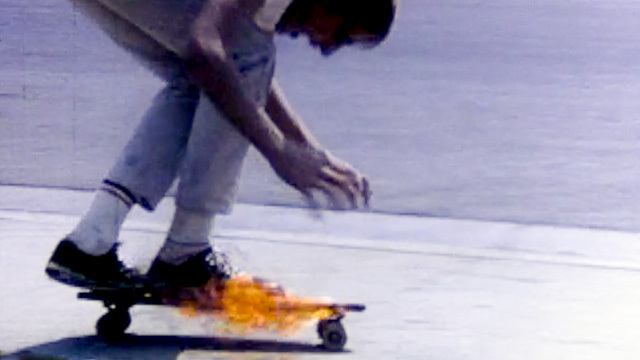 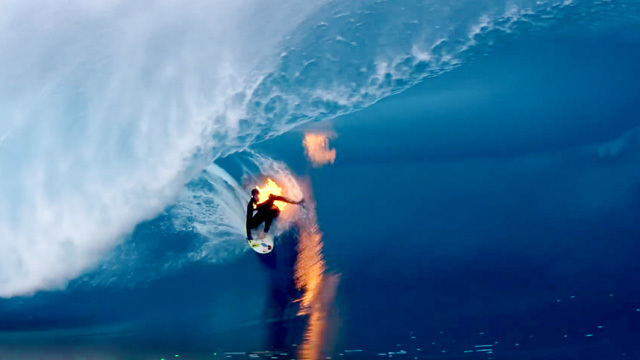 To offset, I also made a new clip of Danny Wills, from Byron Bay, possibly the most chill surfer of the late ’90s and early ’00s. Except, hold on, Wills was out there on the service roads doing burnouts in his throbbing V8-loaded ’79 HZ Holden wagon, and from what I gather he smoked enough rubber to push the coming environmental apocalypse ahead by six months. 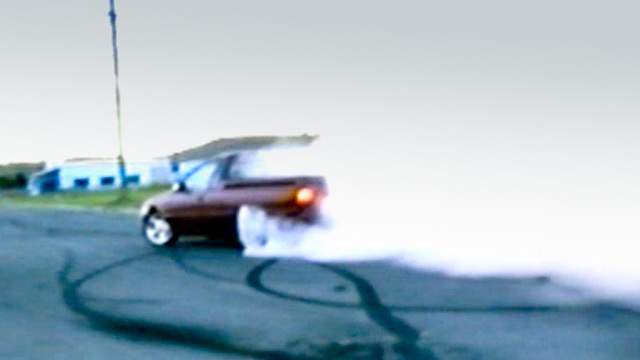 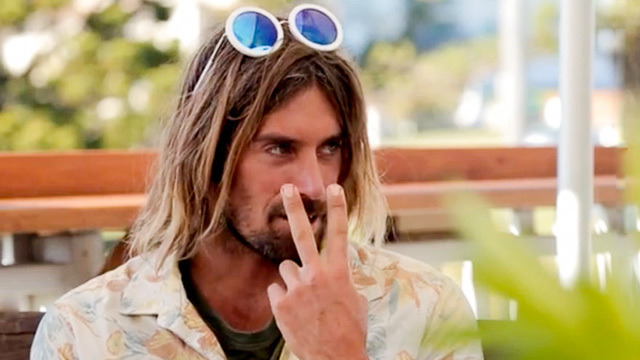