Surfing went full Bill Cartwright last week. Mavericks on Tuesday was whatever you want to call it, I’ll accept anything from 25- to 75-feet, and fissioning onto that motherless bone orchard of a reef like Bikini Atoll on loop—and that was the least dramatic event of the week. That same day, Josh Moniz kept pace and more with the growing west-northwest swell to win the Pipeline Invitational (skip to 2:07 on this clip to watch Moniz’ finals performance, it is masterful), while a non-competing surfer was attacked by a shark at Honolua Bay just before the start of what would have been finals day for the women’s season-opening Maui Pro. The event was postponed; the victim died two days later. Finally, one round into the Pipe Masters, the WSL announced that five staff members plus CEO Eric Logan had all tested positive for COVID-19 and that the Masters, too, was suspended. 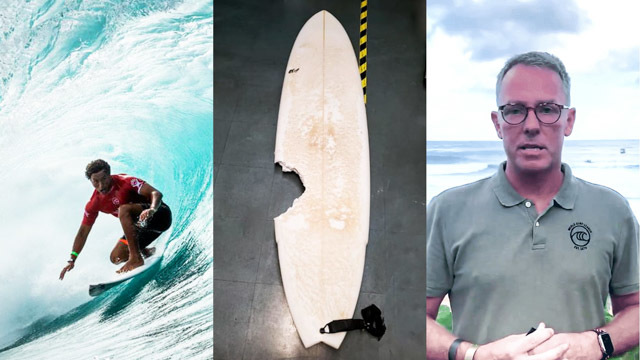 Yes, it was a terrible idea to quick-start the 2021 WCT tour by opening in Hawaii this week, with the global plague speed-shifting into high gear. That said, I not only wish a fast recovery to Logan and the rest of the crew, I very much hope that WSL can rebound in the days and weeks ahead. Trivial public entertainment means less than nothing in the bigger scheme, but those few hours I spent last week toggling between the Pipe feed and the BeachGrit comment threads, along with the Longtom and Ding Alley contest reports, felt wonderfully blessedly normal and godspeed to those sub-zero vial-filled Pfizer delivery coolers which are fanning out across our beleaguered, angry, addled nation as I write. 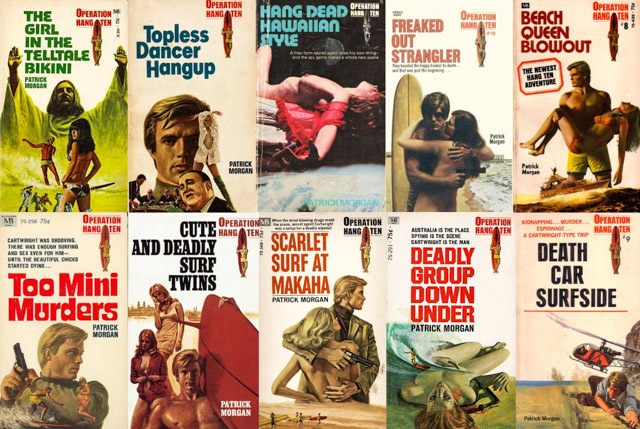 I’ll tell you who knows a thing or two about man-eating sharks, violent death, drug vials, swift reversals of fortune, and all manner of political and biological international intrigue, and that is Bill Cartwright—millionaire playboy surfer-spy, and star of the ten-book Operation Hang Ten detective series. Pause a moment to run your peepers across those book covers. Now take a belt of this hardboiled 100-proof Operation Hang Ten prose:

It was almost dark when Bill pulled the woody up in front of his apartment. Debbie had changed into dark blue pants that looked like they were put on with a spray can. There was no sign of Grunt or anyone else. Debbie followed Bill to the door. When he tried the key, Bill found the door already unlocked. He reached in his back pocket for the automatic and pushed the door open.

“If you see him,” Debbie whispered, “shoot.”

Bill kicked the door open, crouched, and ran in, his finger on the trigger ready to fire. He took two steps then stopped.

Bob Dru lay stretched grotesquely on the bed, his sightless eyes staring up at the overhead light. His mouth was open. The handle of a dagger was sticking out of his throat.

Make yourself a Scotch and soda (Cartwright’s drink of choice) and read more here and here. Then have a chuckle at SURFER’s real-time pearl-clutching response to surf-pulp fiction here.

You may have gathered from the above I have quit reading Moby-Dick. I made it to the 1,200-page whale taxonomy section and should have just skipped ahead, but instead got frustrated and gave up. That said, Melville’s observation that “a mature man who uses hair-oil has probably got a quoggy spot in him somewhere, and can’t amount to much in his totality,” lent perspective to my mousse-scented days as a failed early-’80s pro surfer. A bit too much perspective, as David St. Hubbins would say. Anyway, Moby-Dick is again free from my penetrating spear-like attention. For now. 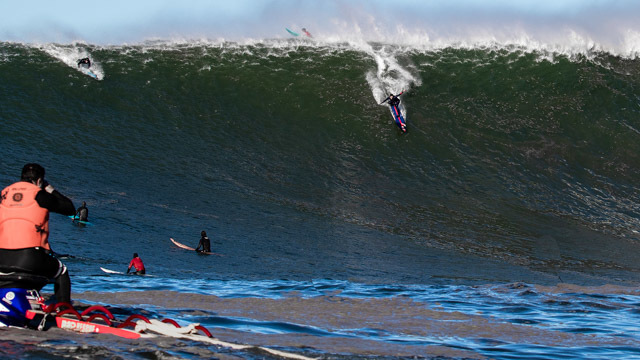 Finally, the best thing about last week was Kai Lenny, as is often the case. Kai rode Mavs for 12 straight hours on Tuesday (minus a quick wetsuit-clad burrito break) and never once fell off his board. As Marcus Sanders wrote, “It was the most anti-2020 thing we’ve seen this year.”