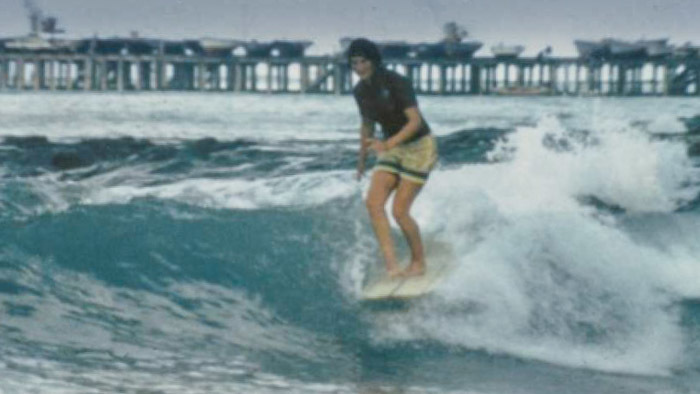 Just posted an EOS page for Victoria’s Gail Couper, 5x Australian champ, 10x Bells winner, and see that pic? That is one of just TWO surf images, total, Gail has of herself riding waves. Female surfers were Kryptonite to Aussie photogs. Magazine editors weren’t much better. Gail took 4th in the ’64 world titles and the mags didn’t bother to run her name, just ended the results at 3rd. Gail, bless her freckled heart, didn’t much care. She was a grade-school teacher in Victoria, loved getting in the water after the final bell each day, and two or three times a year, with a shy smile, she’d show up at the big surf event and run the field. Then back to her little red schoolhouse to unlock the secrets of long division for the youth of Lorne. 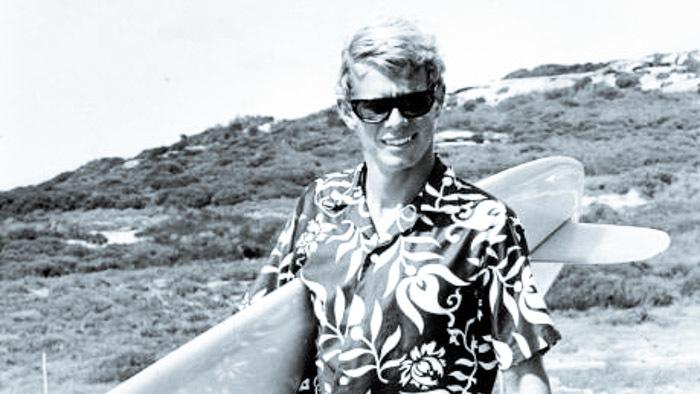 Midget Farrelly was on the winner’s podium with Gail a dozen or so times, and between ’65 and ’67 he got there while riding a self-designed board called the Stringerless. Nobody remembers it because it was the thing that came right before the deep-vee Plastic Machine and the exploding-fireworks-factory of the shortboard revolution, but the Stringerless was light and easy-turning and very likely the best OG longboard ever made. Nat had the edge on Midget in terms of raw talent, in my opinion. But Midget had the edge in equipment, and you can cut it up a lot of ways but basically in ’67 and ’68 those two legends played to a draw. 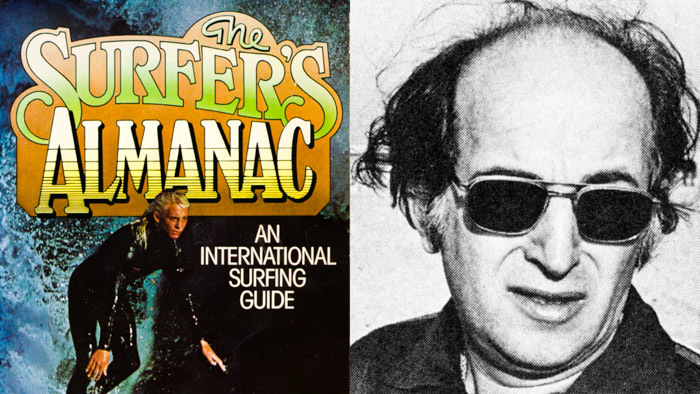 This Christmas season, let us acknowledge the naughty as well as the nice, and few in our sport’s history were naughtier than Gary Filosa, who was briefly the most powerful man in amateur surfing. He literally rewrote history and, on surfing’s behalf, got his foot in the door with Olympic officials in the late ’70s. Sure, Filosa was a fraud. But he was smart and cunning and relentless, and at some level you gotta say that amateur surfing, rinkydink as it was, had it coming. Out of this Filosa-born near-death experience, however, arose the NSSA. It’s been a 40-year-old catfight ever since, but never again was competitive surfing in danger of being taken over by a charlatan. Or amateur surfing, anyway. 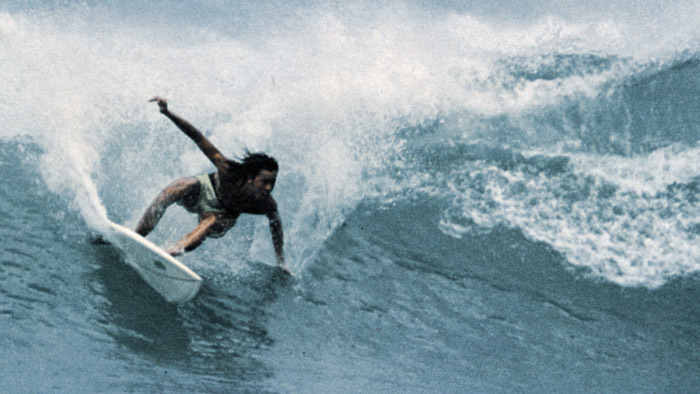 Mark Liddell stars in the EOS feel-good clip of the year. One of my old Manhattan Beach pals emailed last week to say that he always felt my cutbacks were Liddellesque and, bullshit or not, I require no further good tidings this Christmas. (Holiday bonus: Liddell and Buttons interviewed by Chris Carter.)

Finally, just a reminder that EOS gift certificates are available here, which means you’re one click away from stoking out every surfer on your gift list. 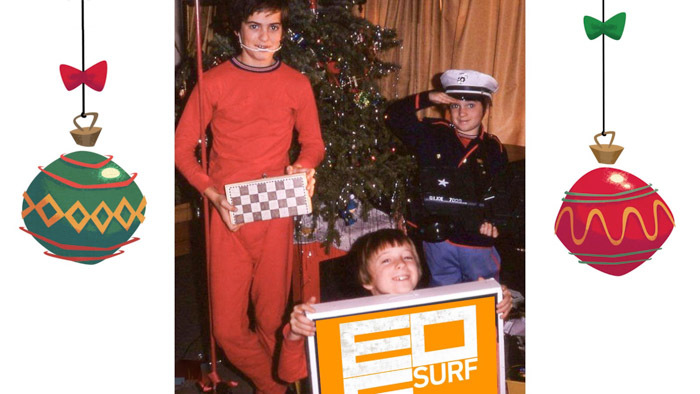 Thanks everybody, and see you next week!