For 150 years, creative people of every description have climbed into the ring hoping to pin surfing and its swirling blue je ne sais quoi to the mat for all to see. And for 150 years, with few exceptions, the creatives have been defeated. Surfing body-slammed Paul Theroux last year, and his literal reputation remains in ICU. Jack London came in swinging like a windmill but never connected. John Milius thought he won, but he did not, and you can ask Janet Maslin.

Santa Cruz novelist James Houston sparred beautifully and expertly with surfing. So did the cast and crew behind Surf’s Up, which leads with comedy, then follows up with soul and ridicule and surf-based CGI so gorgeous you want to crawl into the screen and paddle out. (“If you have to see one penguin movie, this is it,” film critic James Berardinelli wrote in his Surf’s Up review, and while I love the enthusiasm, Penguins of Madagascar stands beak-to-beak with Surf’s Up atop the penguin movie winner’s podium.)

But like I say, these are exceptions. Surfing will deliver an ass-kicking to 99 out of 100 people who dare present it to the world, and a good rule of thumb is that the more money spent on the presentation the more severely the ass will be kicked.

TV sitcom-writer kingpins Ken Levine and David Isaacs, in a brief and forgotten moment between their mercy-killing of Cheers and introducing Fraiser, gave us a 1993 CBS misfire called Big Wave Dave’s. The show was not terrible, exactly. But it was wildly improbable—a group of middle-aged friends from Chicago abandon the city and move to Hawaii to open a surf shop—with 30% less humor and 95% less heart than Cheers.

Technically speaking, I suppose, Big Wave Dave’s wasn’t a surf fail at all, because no real attention is paid to surfing. The sport is a branding device, nothing else.  The show lasted just six episodes, and it would have been three or less had it been anyone other than Levine and Isaacs in the writer’s room. Watch episode one here. 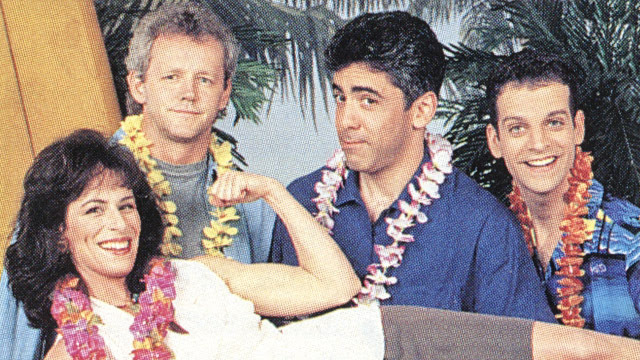 The John from Cincinnati debacle is more complicated. Showrunner David Milch was deep into in Season Three of his HBO masterpiece Deadwood, when network execs told him to shut Deadwood down (too expensive, declining viewership) and instead begin working on a new show featuring surfing. Little else was said in terms of direction—just that surfing had to be front and center.

Milch had no particular interest in surfing as a sport or culture. But his fevered genius, refracted in this case through God and 9/11 and network TV nihilism, somehow made a connection to wave-riding and off he went. The long quote below is from the David Milch Transcripts website, and you can read the entire passage here, it is a wild ride. To be honest, I’m not sure what Milch is getting at. But that was often true with Deadwood, too, and that whole oblique foul-mouthed mass of dust, blood and bourbon eventually, somehow, churned its way into focus—and even before it did I always felt that Milch himself knew, consciously or not, where he was taking us. Which means I’m inclined to give Milch the benefit of the doubt in terms of his intention with John from Cincinnati, even though I do not 100% agree with his concluding thought, below, and even though I disliked John as much as I loved Deadwood.

I have edited this passage slightly, for clarity:

So [after the HBO execs made their surfing suggestion] I went to work. And I said, “Listen, that surfing idea—I love that surfing idea. I love it. I just wanna fool with it a little bit.” They said, “It’s young. It’s hot.” I said, “And I love that. I love that. But what if this was about—in the aftermath of 9/11, [God] becomes aware that we have been so infantilized by our addiction to media, which doesn’t sink its roots deep, that we have become capable of genocide.” 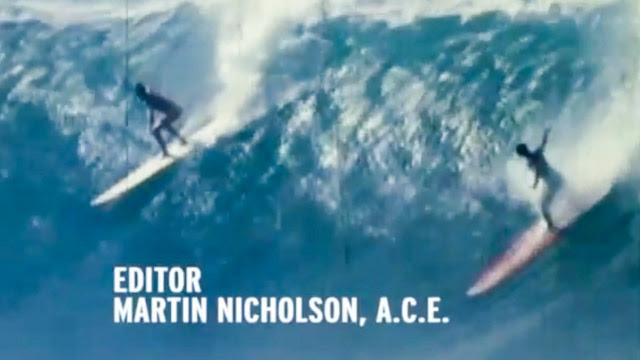 Let’s go back now to the idea that, whatever the spirit of the universe is, [it] feels that this civilization is tending towards genocide, and dispatches its representative to try to change the American psyche. And the only way this spirit feels that the American psyche can be changed is if the spirit manifests itself as a child with enormous powers. And this spirit begins by addressing the absolutely fucking stupidest people in America — which are the surfers.

So that was John from Cincinnati.

I am at once confused, irritated and awed by Milch, and was comforted to find that the actor who played John in John From Cincinnati, while admitting that working with Milch was the greatest experience of his career, said the director “is pretty much clinically insane.” You can find John scenes on YouTube, and here is a 2007 interview with Milch on the Late, Late Show in which he is as charming as he is intelligent and weird.

John from Cincinnatti was a high-order artistic fail (“the strangest show ever produced for American television,” according to one reviewer; “makes Twin Peaks look like Mayberry RFD,” said another), but I am happy to report that the show delivered one shimmering and transcendent piece of surf magic. Click here.

Did you watch more than once?

Have you ever seen a finer 90 seconds of surfing on TV?

Thanks for reading, everybody, Merry Christmas, and see you next week! 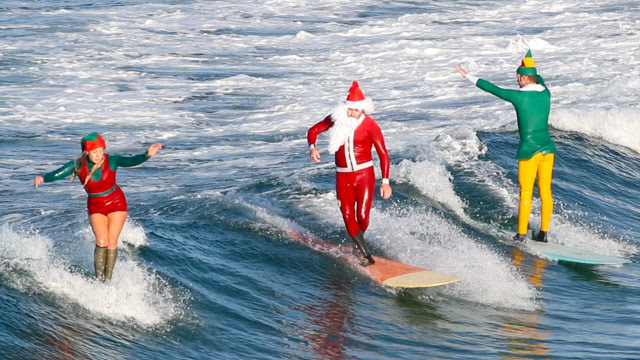