Gabe Medina has comboed my mind. On one hand, from my distant view up here in the corner bleachers of the Pacific Northwest, Gabe is a deeply unlovable athlete, and this notion was amplified after watching his palsy video chat last spring with Brazilian president Jair Bolsonaro (who recently told a reporter “You have a terribly homosexual face”). I began every contest in the 2019 WSL season hoping to see Gabe make an early exit. But here’s the thing. At some point, usually Round Three, I’d slap my knee and curse and start willing Gabe to win. Why? Two reasons. First, the WSL’s Wall of Positive Noise is a vanilla-scented scourge upon pro surfing, and Medina’s Dark Arts no-fucks-given approach to the game is attractive by comparison, and thus becomes my own cudgel, my own counternarrative, against the WSL’s endlessly vapid presentation. Surfing, like all forms of entertainment, needs villains, and because Medina is as good a villain as he is a rider of waves the sport is infinitely better for his presence. 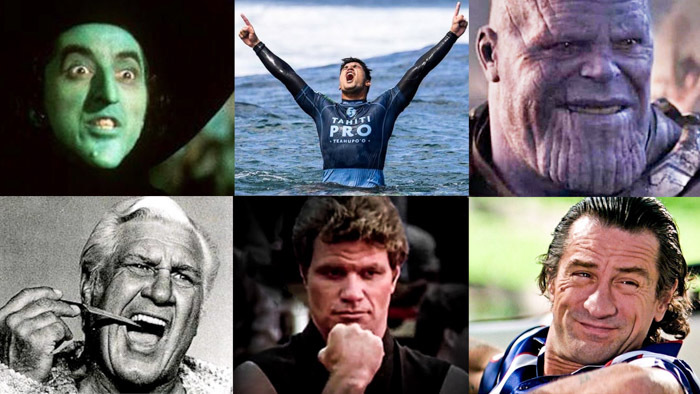 Second, Medina, for my money, is simply the best all-around surfer in the world. Not every day. Not every break. But he is on most days, at most breaks, and pro surfing works best when the crown sits atop the head of the most deserving contender. So throughout the early rounds of the just-finished Pipeline Masters, and during the opening minutes of the final, I was pulling for Gabe. Then something happened. I can’t recall exactly what it was—maybe Italo Ferreira’s first tube-to-air left, or the contrast between Charlie Medina’s scowling puss and the gleeful flag-waving Team Italo cheering section; maybe it was just my own need, at this hyper-clenched moment in time, for lightness to prevail over dark—but I swung over to Italo’s side, and was swept away and became genuinely emotional at the sight of this tiny Brazilian all red-eyed and crying as he left the water, our new world champion. Days later, it still feels great. I’ll likely make the same Faustian bargain with Gabe in 2020. But for the moment, the joy of surfing, like Italo himself, is a clear winner. 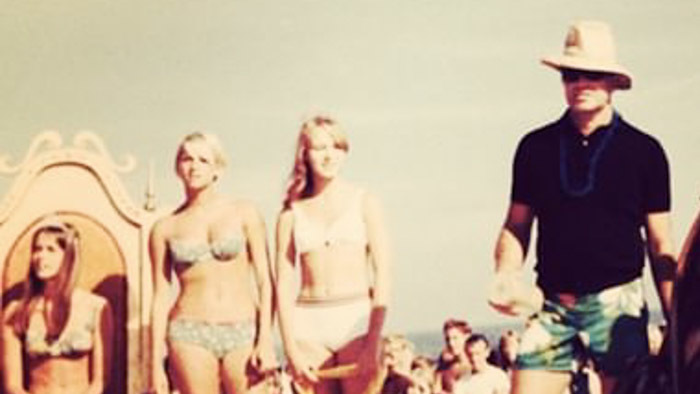 John Hannon will always be the Father of New York Surfing but Charlie Bunger, I believe, is the Daddy. Glad to welcome both men to Encyclopedia of Surfing. That’s Hannon, above, looking a bit villainous himself at a ’66 Gilgo Beach trophy presentation—which only goes to show that a tight black shirt, shades, and a well-angled hat can make anyone look wicked. Hannon was far from wicked. In fact, as I understand it, he was good unto saintliness. Had a fine sense of humor, too—read his Roar interview here. 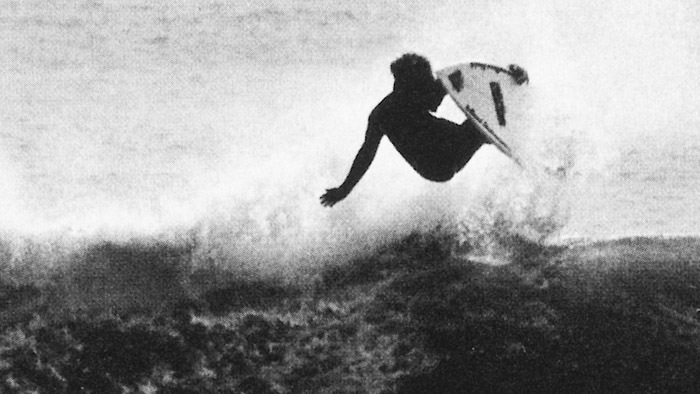 You wouldn’t put anybody above Joey Buran during California pro surfing’s rebirth in the late ’70s and early ’80s, and the IPS ratings bear this out. But if you were a hardcore progressive, then Santa Barbara’s Davey Smith was your man. Smith was floating and flying and bat-turning and in general innovating up a storm while the rest of us were mostly striking poses that we hoped looked like Bugs or Shaun or Cheyne. Smith, in other words, was an original. I don’t think this video really does Davey justice, but it’ll at least give you a sense of how different his line was. We all floated (some flew) in his wake.

Finally, if you’re looking for a couple of last-minute surfy Christmas gifts, click here to buy a one-year EOS Gift Certificate, shoot me an email to let me know the order has been placed, and I’ll send you a second gift sub for free. I promise this orange burst of joy will bring out the Italo for any surfer on your Xmas list.

Okay everybody, thanks for reading, and may your holiday be wet, foamy, and salt-encrusted.