2000: LAIRD HAMILTON’S “MILLENNIUM WAVE”
Laird opened the new year-decade-century-millennium like a 215-pound steroid-ripped Mento dropped in a Coke Jacuzzi. No single wave, before or since, blew surfing’s collective mind like this one. But it also proved to be a harbinger of how quickly surfing itself would change in years to come. “Laird’s wave was quickly superseded by Poto’s wave,” as Sean Doherty recently noted in Surfing World, “which was then superseded by Shane Dorian’s. Everything got old real quick as the attention span of the surfing public shortened and we became desensitized almost immediately to anything that had been remarkable just five minutes before. How Millennial.” 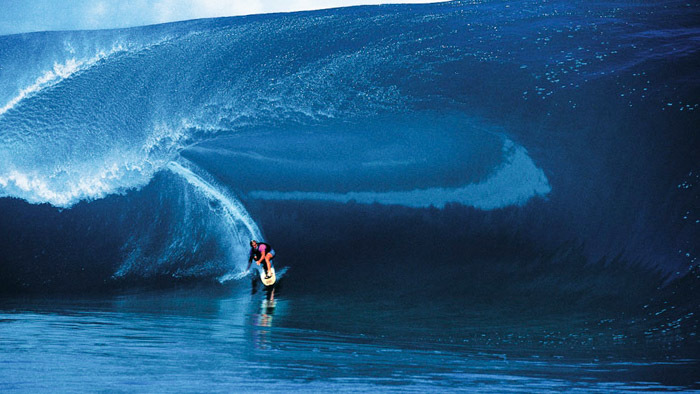 2005: CLARK FOAM CLOSES
Another story whose meaning changed over time. At first, Clark Foam committing seppuku one late-Autumn morning was the unexpected tragedy that we were going to bravely leverage into a new era of space-age surfboard construction. The New Yorker covered the story at length, that’s how big a deal it was. Five years later, give or take, the lesson from the Clark shutdown was that we all really, really like that subtle flex of PU foam under our feet. Fish, log, quad, gun, anything and everything—it all works better when it’s made from a stringer-bisected chunk of environmentally fucked nitrogen-ripped toluene diisocyanate. 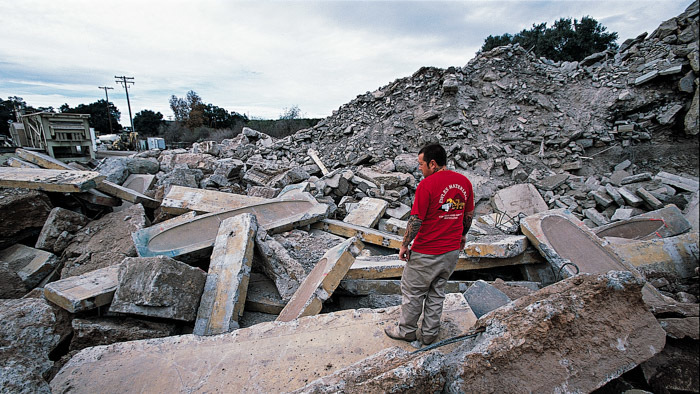 2006: RIP CURL SEARCH AT BARRA
This wasn’t the original live-streamed WCT event, but as I recall it was the first one to really held us spellbound, and it did so for three days running. Andy Irons won. But everybody who was there, and all of us watching, also won. This is a subject that requires more space than I’ve got here, but I would argue that surfing’s relationship to the internet is better and healthier than that of, say, politics and the internet, or journalism and the internet. And the best thing of all is live-stream contests with pumping surf, muted commentary, and a second open window with a free-wheeling comment thread. 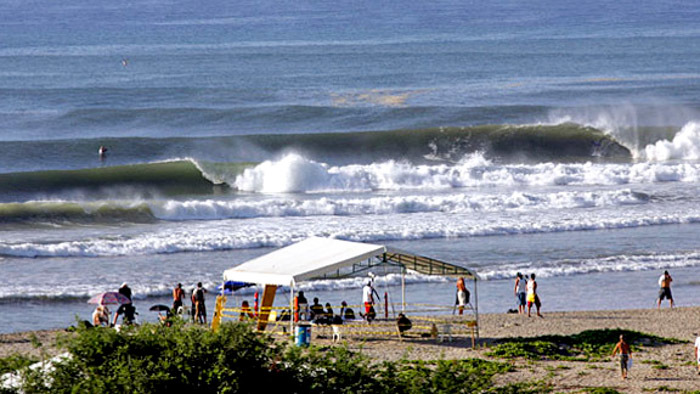 2007: SURF’S UP PREMIER
Hollywood finally put the humor and joy into surfing, and I cannot even imagine what kind of Fellini-meets-Sturges-meets-Tarantino conjuring it would take to knock Surf’s Up from its gilded cinematic throne.

2007: STEPH GILMORE WINS FIRST WORLD TITLE
Among world surfing champions, Steph is the great unifier. Pick your criteria, but there are actually only a handful of titleholders who can lay claim to being undisputed—surfers whose heads fit snugly and comfortably beneath the crown. We’re in the middle of a list here, but I have made another list: Champions Ranked By Undisputedness. 1) Kelly Slater, 2) Mark Richards, 3) Tom Curren, 4) Steph Gilmore, 5) Nat Young, 6) Margo Oberg, 7) Tom Carroll, 8) Lisa Andersen, 19) Rolf Aurness, 10) Layne Beachley. 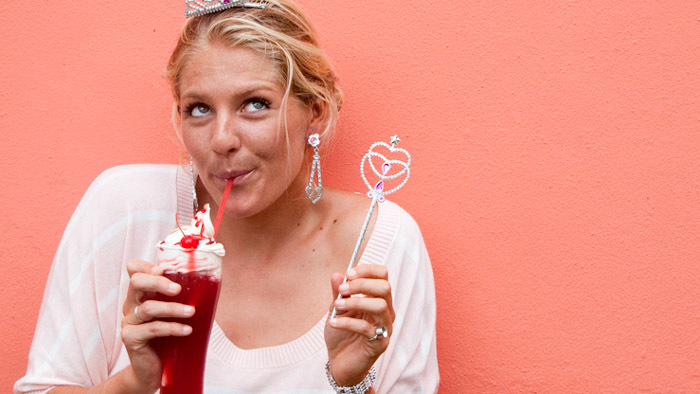 2010: ANDY IRONS DIES
The darkest moment in our history not just for the tragedy itself, and the loss of a deeply talented and deeply relatable surfer, but for the mishandling—ongoing, in my view—of the causes, circumstances, and presentation of Irons’ death. By all means remember him with respect, admiration, and awe. But do his legacy the honor of telling the full story. In other words, free Brad Melekian. Release the Andy Irons book!

2011: GARRETT McNAMARA ENTERS GUINNESS BOOK OF RECORDS FOR BIGGEST WAVE EVER SURFED
Big-wave surfing became kind of ridiculous the day Greg Noll floated a cattleprod just below Miki Dora’s perineum and forced him to sew up a pair of size-38 black-and-while jailhouse jams. But it was Garrett McNamara, towing at Nazaré with GoPros rising goiter-like from his board and person, who raised big-wave silliness to a level commensurate with its thrills and terror. Don’t believe me? McNamara’s Wikipedia page tells us that the 78-foot Nazaré wave he caught in 2011 “beat the prior world record by over a foot.” Not just one foot, mind you. OVER a foot. Measure it yourself, disbeliever! McNamara then did for self-branding what he did for big-wave surfing, introducing himself on garrettmcnamara.com thus: “When an ordinary man from an ordinary place fuelled only by extraordinary passion accomplishes the inconceivable involving a man and a wave, it’s timeless and it proves that none of us need be ordinary.” To relieve our suffering, God or Huey or Kahuna sent us Shane Dorian—and lo it was good. 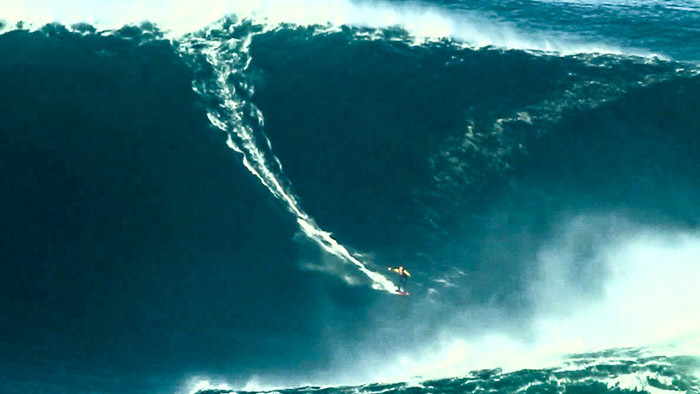 2013: ALANA BLANCHARD WINS SURFER POLL
Steph got 5th, Carissa got 3rd, Sally Fitz got 2nd, and I can only begin to imagine the sparks of fury and resignation and (hopefully) mirth coming from their eyes as they watched Alana Blanchard giraffe-walk her way to the podium to accept her SURFER Poll winner’s trophy. Yes, the Poll has always been a popularity contest. But there used to be a correlation—usually direct, in fact—to the world’s best surfers. Alana got to #1 because she had the ass of Channing Tatum and Instagram chops of Selena Gomez. As a pro surfer, she was more Brett Simpson—except that’s unfair to the Bard of Huntington Pier. With that Poll trophy newly alighted upon her mantelpiece, Blanchard set out on her next WCT campaign and went 0-for-2014. Ten events. Zero heat wins. But her backside held firm, as did her SURFER Poll presence, and in 2018 she again came out on top. Read Teddy Endo’s piece here on why this matters, although I can give a pretty succinct counterargument by just noting that two-time world champ Tyler Wright has never been close to winning a SURFER Poll, which means the right thing to do is just pull the plug on this dinosaur of an award. 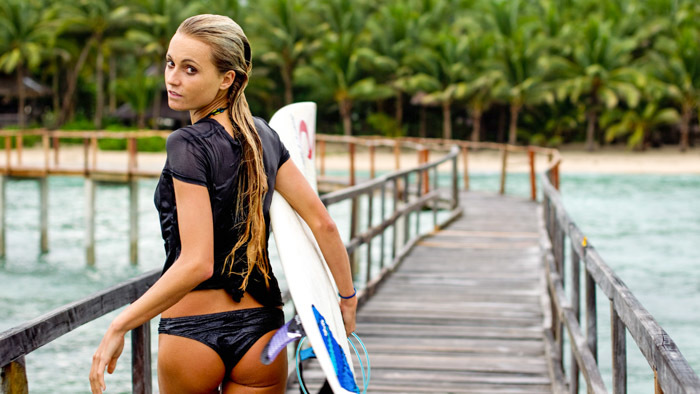 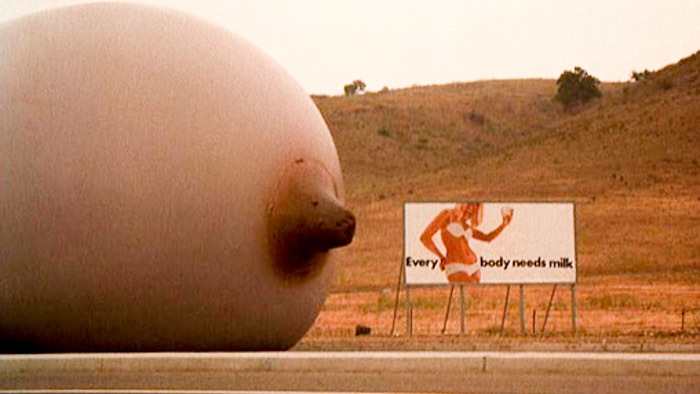 2015: “KELLY’S WAVE”
The Big Bang. Our BC-AD divide. I’ve gone through the denial and pain, done my personal bargaining, grappled with depression, and now find myself coming up on acceptance. This is no longer my sport. Not the way it used to be, anyway. I used to believe, having given myself so completely to surfing—having literally and figuratively soaked in it decade after decade—that I had to some degree become an embodiment of the sport. I thought I understood it, and the people who commit to it, as well as anyone possibly could. But I was wrong. Either surfing and I have parted ways, or (more likely) surfing has parted from itself, and now I’m over on one side baffled and not really comprehending what I see on the other side. The setting in which we play this game—the ocean, and to a lesser degree the beach—is really the only thing surfing ever had going for it. Everything else, everything that makes the sport unique, comes from this wild and elementary connection to nature. We’re giving that away. I don’t blame Kelly, or anybody else involved with the wavepools biz, for leading us to a mechanized future. There are some hustlers onboard, but most of the pro-wavepoolers believe they are alleviating a need, taking care of a shortage. I happen to think our never-ending desire, our constant wave-need, is what makes surfing great, and maybe you do too. And I think we fuck around with our ability to quench that need by artificial means very much at our peril. But that is the direction we’re heading, and I’ll stay in my lane and maybe now and then issue forth a lamentation, but mostly I’ll just be grateful for what I had. 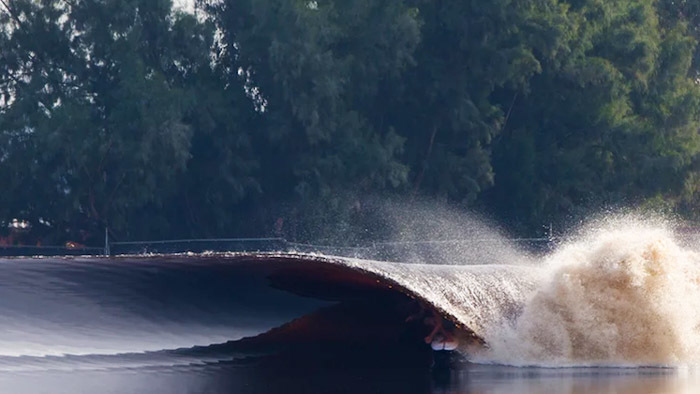 2016: SURFING BECOMES AN OLYMPIC SPORT
I’ve done a 180 on this since the IOC recently announced that the surfing portion of the 2024 Paris Games will be held at Teahupo‘o. That’s right, make ’em come to us! I’ve said it a million times. Or a dozen times. Tahiti is 10,000 miles from Paris. They almost literally could not come any further. We win! 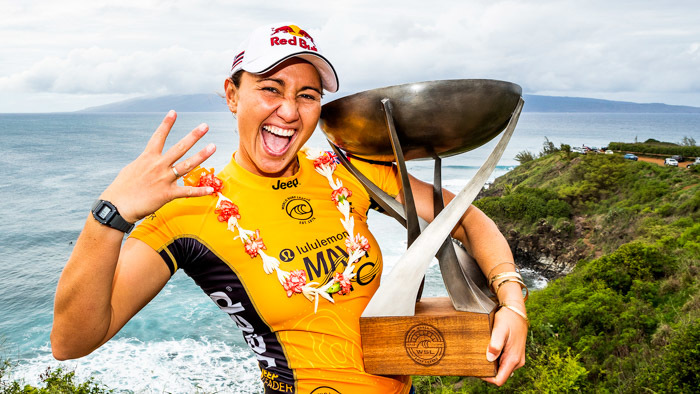