I’ll go years without thinking about Roddy Doyle, then here comes something like The Curfew, Doyle’s latest, and just like that I’m giddy remembering what an absolute treasure of a writer he is. I’m partial to Doyle’s early stuff: The Commitments, The Snapper, and especially The Van (collectively known as The Barrytown Trilogy), which are now 30 years old, give or take, but just as sharp and funny and heartwarming as ever.

I bring this up because Jimmy Rabbitte Sr., patriarch of the Barrytown books and Doyle’s greatest creation, is every inch the spiritual father of 1990s Aussie pro Matt Hoy. Both are loyal, pub-loving, foul-mouthed, congenitally cheerful members of the working-class. Both are, on a professional level, underachievers. On a less tangible but maybe more important level, however, having to do with family and friends and laughs per minute, Jimmy Sr and Matt are top feckin’ drawer. The two even look alike; that’s Matt on the left, and Colm Meaney, who played Jimmy Sr. in the movie versions of the Barrytown Trilogy, on the right. Last word before we move on: the Barrytown movies aren’t shite, exactly, but they’re not a patch on Doyle’s books. Godfather and Gone with the Wind excepted, books are always better. 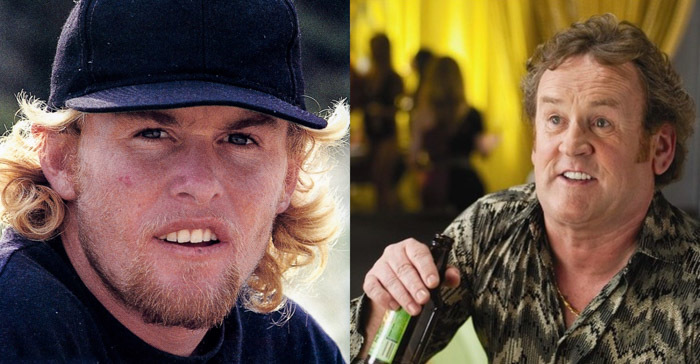 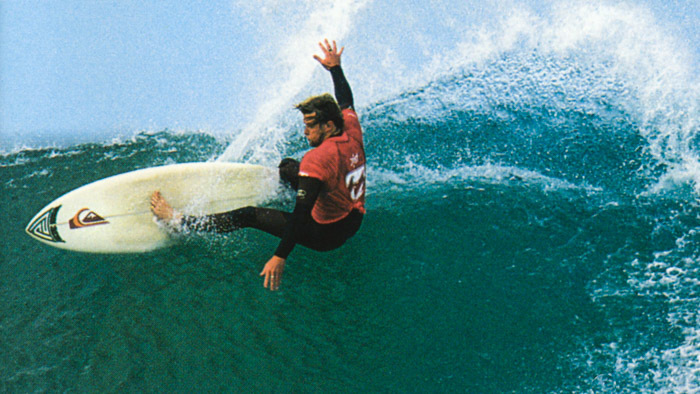 Anyway—Matt Hoy. Here is a just-made video, here’s an interview where Hoyo talks unashamedly about his man-boobs and hairing out at Pipeline (much to the disgust of Pipe charger Shawn Briley), and here’s a full-length profile of Matt by Derek Rielly that includes Hoy’s immortal quote about what it’s like to be away from his beloved hometown of Newcastle. “I miss everyone. Even people I don’t really like.” 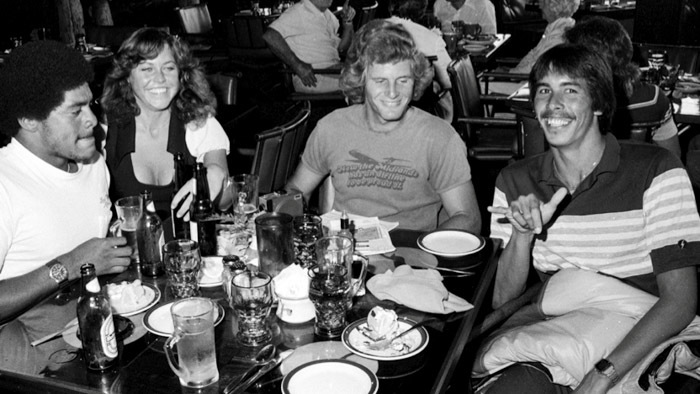 Over dinner, which took place in 1981, Carter taped a “Conversations” article (read here), and it is a bittersweet read. A couple of slappy-funny bits in there, but the boys are wired as hell (Carter says as much, Buttons admits he was partying the night before till 5:30, and they can’t stop talking about how much fun they’d just had in Peru), and knowing that Buttons is about to jump into a drug hole that will take decades to climb out of, the rapid-fire banter doesn’t hold up well. This video is where you want to end up: Liddell is front and center, but he’s feeding off Buttons’ energy (and vice-versa) all the way through. There were bright spots in surfing throughout the late ’70s and early ’80s—but none brighter than Liddell and Buttons. 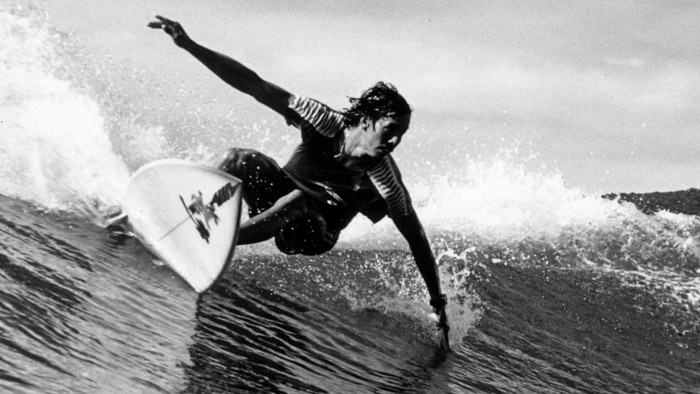 Last but not least, here’s a long-overdue EOS page on pioneering New Jersey surfer-boardmaker Dan Heritage. Special thanks to Brian Heritage, Dan’s son and powerhouse shaper himself (Dan and Brian are both in the New Jersey Surfing Hall of Fame), for helping with the pix and filling in a lot of blanks on Dan’s life. Here’s my favorite shot of Dan (middle, in the striped tank-top), along with with his Heritage Surfboards factory crew, probably in 1971. The first brand-new board I ever got was a twin-fin that looked identical to stubby little hot-rod on the far right. And how great is the hand-drawn Heritage logo? 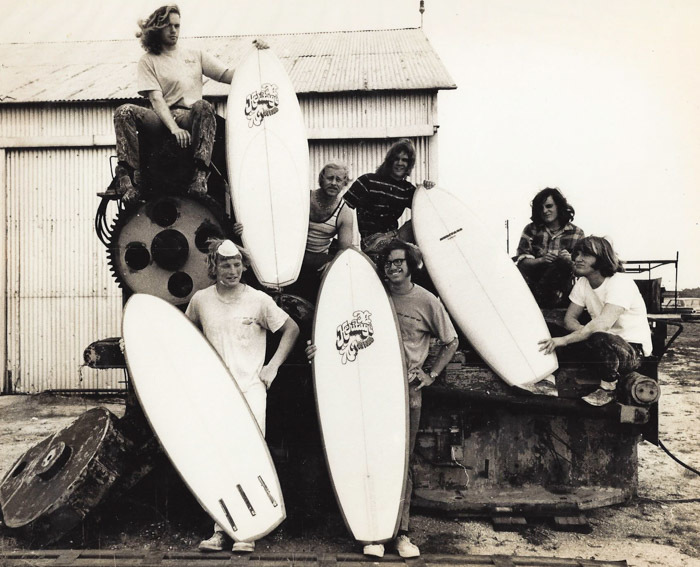