Michael Tomson never raved at me directly, and for that I am grateful because he’d pretty regularly go full Sam Kinison, and maybe it was performative but maybe not, and either way I didn’t want to be on the receiving end. Tomson occasionally raved to me, however, about other people, and the time I remember best happened in 1992 when he tore into Sam George, not long after Sam, in print, called Sunset Beach a dog” of a wave and unfavorably compared it to San Clemente’s T-Street, the gold standard for surf-break mediocrity.

Sam must have known that Tomson had a few years earlier published a feature in Surfing titled “Sunset Beach: World’s Premier Winter Surf Spot.” Sunset, Tomson wrote, was “the wave in Hawaii,” adding that the break “unzips your soul and spreads your wares out for all to see.” Eloquence was as much a Tomson trademark as rage. He really was a man in full.

The amazing thing for me, reading both Sam and Michael’s articles this week, is that their respective takes on the North Shore’s most-surfed break are not that different. Sunset is a formidable and oppressive shapeshifting beast of a wave. For Sam, this disqualifies it from being great. For Michael, the challenge and the crazy warp and woof of the place is why it is great. Both views, I think, are valid. One way to judge the quality of a big wave is to imagine it reduced to shoulder height. Twenty-foot Point Surf Makaha deflated down to three feet? Yes, please. Jaws, same. Waimea and Nazaré? Maybe in a pinch, but no, not great. Sunset is in the middle, but leans toward Nazaré, and I’m sure this is the route by which Sam made his way to the T-Street comparison that lit Tomson’s fuse.

I get where Sam is coming from, in other words.

But I spent 20 years enslaved by Ocean Beach, San Francisco, which, despite what you’ve seen these past few weeks on Instagram, is very Sunset-like in how much it demands, repels, and pummels. And I fucking loved it. I would not go bug-eyed and spittle-flecked with anger if somebody spoke against Ocean Beach, but yes I loved it the way Michael Tomson loved Sunset. 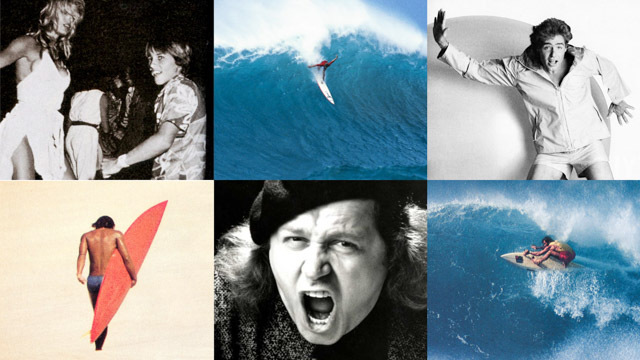 Sunset is front and center today because we’ve just this weekend arrived at the second stop on the 2022 WCT tour, the Hurley Pro Sunset Beach, which is probably set up to fail after the recent mindblowing Pipeline Pro—but I’m psyched and ready for it anyway, and the forecast looks good for the middle and end of next week.

I can’t find the page I’m looking for, but somebody somewhere last week posted about Kelly Slater’s Sunset record, and it is poor (for him, anyway), which makes sense given how his North Shore focus from the beginning was on Pipeline. Lewis Samuels recently had a look at every one of Kelly’s 55 WCT victories, and it is Lewis’ belief that Kelly’s win-rate quadruples when his feet can touch bottom while sitting on his board between sets. Comes from growing up at Cocoa Beach. So, Pipeline and Snapper and every hit-or-miss beachbreak venue worldwide—Kelly has won ’em all these past 30 years. Deep-water breaks like Sunset are not an Achilles’ heel for the newly-vaxxed Slater, exactly, but they do not vibe with him like shallow-water breaks do. Then again, he’s got four Bells trophies and killed a heat or two at Margaret River in the not-too-recent past, and those leathery old GOAT feet of his were nowhere near the bottom at either location. Even money says Kelly makes it to finals days. 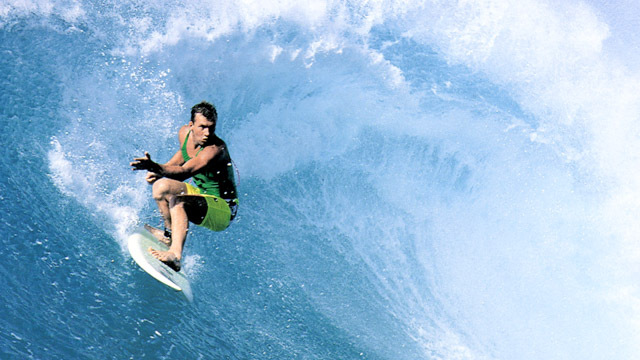 Before signing off, it occurs to me that Slater single-handedly killed the idea that to be a complete surfer you had to perform at Sunset. Michael Tomson, in the same 1985 article mentioned above, wrote that Sunset is nothing less than “the final challenge, the one thing you must do in your career,” and I think that was true for everyone up to Gary Elkerton, who was the last world-class male surfer to use Sunset as the best and truest gauge of his surfing career.

For a hot minute in 1992, when Elkerton was named Best at Sunset just as Kelly was winning his first world title at Pipeline, there was equipoise between the two breaks. But Sunset was dropped from the CT and, apart from a two-year return in ’01 and ’02, it has been a minor league event now for 30 years. I’d guess half of the Hurley Pro starting field, men and women alike, have no significant experience at Sunset. And I am positive that none believe Sunset is the sport’s “final challenge,” or that the break will in any way unzip their soul.

Despite that, or maybe because of that, yes, the action this week should be compelling. If it pumps, Sunset will be an old dog teaching new tricks to a lot of surfers. And by “tricks,” I mean 50-yard fades, and bottom turns long enough to drop a commercial break in the middle of.

Jack Robinson for the win.

PS: Click here for Buzzy Trent’s 1964 take on Sunset, which opens with this locker-room-Sinatra rhapsody: “Sunset Beach is like a fickle gal. Sweet and light one moment, wild and uncontrollable the next. She can change from a six-foot hot dogger to a rip-roaring twenty-footer in less than an hour. She can dance the youthful swing with fast-moving steps. Whatever her mood, the big surfers are in love with her.” 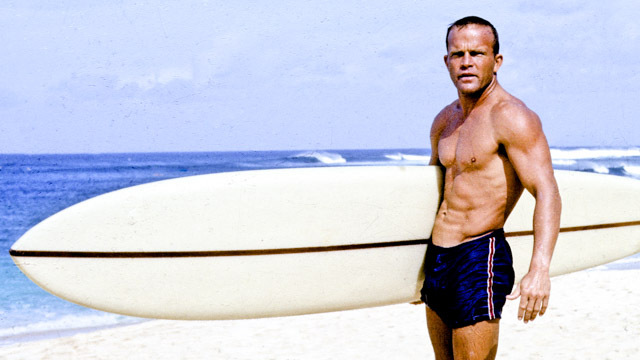