The Duke Kanahamoku contest ran for 20 years, starting in 1965 and ending in 1984. During the ’80s it was sort of a B-grade event, and throughout the ’70s it was very hit or miss. But from ’65 to ’69, the Duke was competitive surfing’s big enchilada—or whatever sized enchilada is right below the World Championships. Or no, let’s say the Duke was the big enchilada and the World Championships was Red Onion three-item combo plate. And the US Championships was Del Taco, and Makaha was the picked-over buffet table after your best friend’s sister’s quinceañera. The world title, I guess, is the one you’d most want to win. Or maybe not. The Duke was held on the North Shore in big waves at Sunset Beach, back when Sunset was our very own Madison Square Garden. So . . . world title or Duke win? Depends, I guess, on how you like your prestige. Last week I posted results for the first five Duke contests, along with lots of pics and commentary and some full-length Duke contest TV presentations. Click anywhere: 1965, 1966 (the best one), 1967, 1968, and 1969. You old salts out there no doubt recall when sweet-faced teen Jeff Hakman won the first Duke (and danced the night away at the awards ceremony later that evening), and that geezer Ricky Grigg (almost 30!) won the following year when the surf was huge and hairball. But there was one person who truly dominated the Duke in the 1960s—in fact, he made the finals every single year. I know this because after mainlining four espresso pods Friday afternoon, I scratched out a 1960s Duke Contest Power Rankings, using the top 8 finishers from each year. Nothing tricky. A Duke win was worth 8 points, a second-place finish was worth seven points, on down to 8th place which was worth one point. The runaway winner and (and ’68 Duke champ) was Smilin’ Mike Doyle. Full results below. 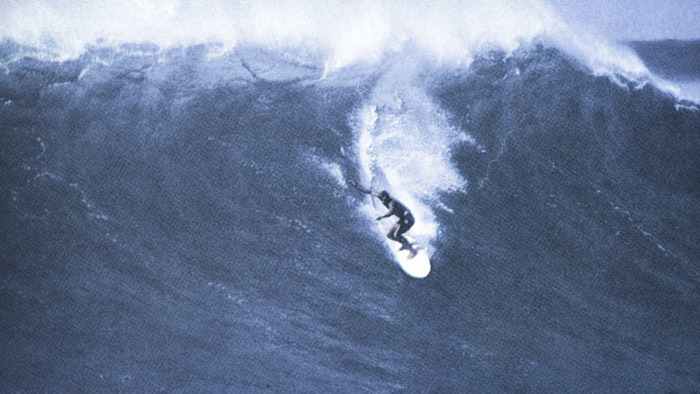 Two more thoughts on the Duke, First, it benefited in a huge way from the bloat and stodginess of the Makaha contest. By the mid-’60s, the Makaha starting field was up to 500-plus surfers, and the event ran for days. The Duke was lean and mean at just 24 surfers, and the entire program consisted of four prelim heats and a final, six hours start to finish, bang, done, see you at the banquet. Like I say, it didn’t last, but for a few years there the Duke was a “surfer’s contest” to a degree that wouldn’t be matched until the Billabong Challenge series 30 years later.

Second, there was a moment there in 1968 and ’69 where it looked like the Duke was going to be the springboard for a 13-event world pro circuit. Read all about it here, and let’s talk about getting mastermind Larry Lindberg (still very much alive) involved in our soft coup of the WSL in 2020. 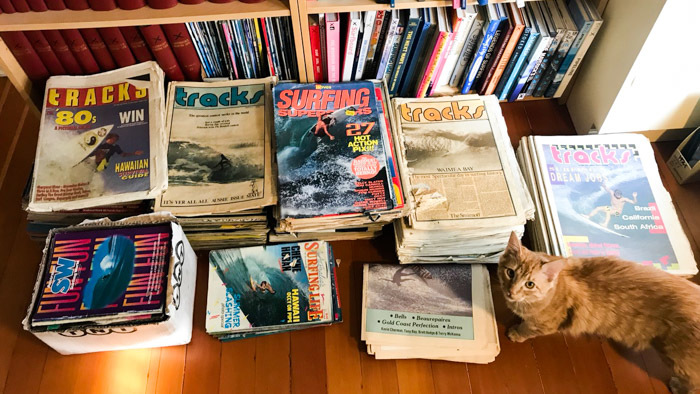 Finally, ace Woolgoolga surfer and longtime EOS subscriber Mark Cameron has donated the massive collection of Australian surf mags you see here. That’s 176 pounds of Tracks, Surfing Life, Surfing World, and more, 1975 to 1999, and while my office will never again not be well-scented in mildew, I am thrilled at the idea of swimming through newsprint for the next six or eight months. Mark, thank you so much, and may your VBs be forever chilled.