First, a bit of housecleaning. Thanks to Spencer Croul and Kevin Kinnear for reminding me that Joe Quigg shaped the game-changing Darrylin Board, not Tommy Zahn, as I reported last week. Zahn himself was a fine shaper, and Darrylin was his steady, which makes me wonder why he jobbed the project out to his friend Joe. An unwritten surf-history footnote. Meanwhile, I dug out this 1947 shot of Tommylin on PCH, and while it brings a pang of envy for the young and beautiful, I feel bad for Tommy having to grind that board hunched over like a back-forty plowhorse, and even worse for Darrylin and her sad-fancy platinum hair helmet. Too snarky, sorry. Quigg himself (96 and hanging in there) has fond memories of Darrylin. “She was the first girl to buy a surfboard and a convertible and stick the board in the back and drive up to Malibu. She was the original Gidget.” Darrylin died in 2015, at age 84, and if you want to cheer up a little about not being rich, click here to revel in the three-generation Zanuck family trainwreck that followed the death of her parents. 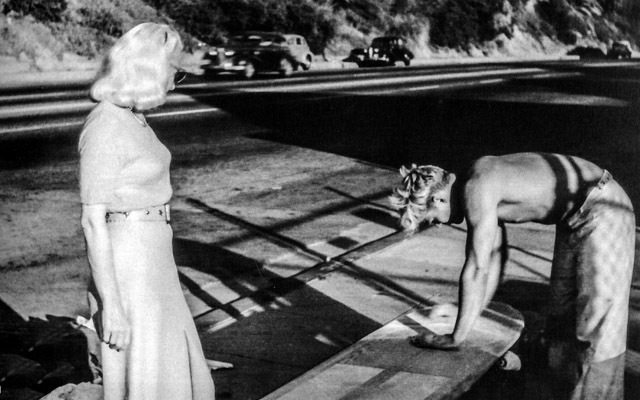 Big thanks to Roberto Moura for sending me a copy of Nas Ondas do Surf, Brazil’s first surf movie, which came out in 1978. It is a great time capsule and proves that the origins of the Brazilian Storm go back decades, not years. Nas Ondas also reminded me that surfing in Brazil took root and flourished during a military dictatorship, which in itself is remarkable. I did a longer riff on this in EOS (read here), but the gist is that your twinkle-toed Yank or Aussie surf filmmaker never had to take into consideration a federal government whose reply to a freedom-promoting movie might be to hogtie the director to a steel pole with jumper cables taped to his nuts. Commies and lefty students got the worst of it, but Brazil’s Institutional Acts did not fuck around with cultural deviates either, and government functionaries saw subversives the way young Haley Joel Osment saw dead people—so you might think twice before preaching the free and easy democracy-adjacent gospel of surf. Apart from that, watch Nas Ondas for the Daniel Friedmann bit at Sunset Beach; the guy was a monster in big juicy waves, and I’m working on his criminally-overdue EOS page. 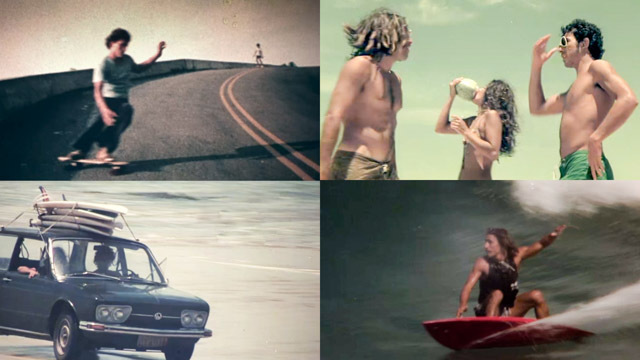 Lastly, here is Tom Wolfe’s “Pump House Gang” essay, in full. If you already know it word-for-word, try this Wolfe-written bonus essay. or this 1965 scare-the-grownups newspaper article on the Mac Meda Destruction Company, the half-real half-imagined “gang” behind the Pump House story.

For my money, the best part of “Pump House Gang” is the Bruce Brown section. Wolfe is clearly smitten with Brown, as we all were (and still are), and here we find the famous Endless Summer filmmaker in Dana Point, along with Hobie Alter, racing around on dirtbikes in the vacant lots between houses:

They are out there, roaring over the ruts, bouncing up in the air, and all these people in the houses around there come to the door and look out. These two . . . nuts are at it again. Well, they can only fool around there for 20 minutes, because that is about how long it takes the cops to get there if anybody gets burned up enough and calls, and what efficient business magnate wants to get hauled off by the Dana Point cops for scrambling on his motorcycle in a vacant lot.

Bruce Brown has it figured out so no one in the whole rubber-bloated world can trap him, though. He bought a forest in the Sierras. There is nothing on it but trees. No house, no nothing, just Bruce Brown’s forest. Beautiful things happen up there. One day, right after he bought it, he was on the edge of his forest, where the road comes into it, and one of these big rancher king motheroos with the broad belly and the $70 safari shirt comes tooling up in a Pontiac convertible with a funnel of dust pouring out behind. He gravels it to a great flashy stop and yells:

Of course, what he sees is some towheaded barefooted kid in a torn-off sweatshirt fooling around the edge of the road.

“Don’t you know this is private property?”

“Because it’s mine, it’s my private property,” says Bruce Brown. “Now you get yours off it.” 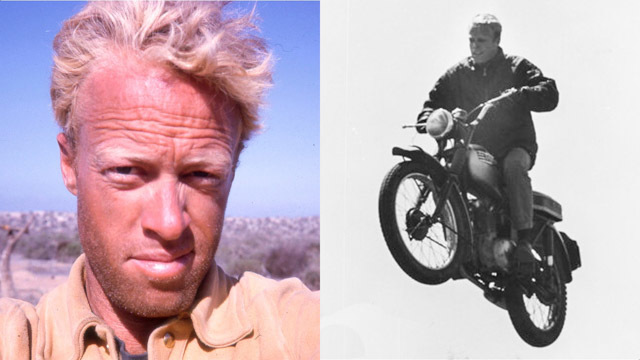 Argue among yourselves about the other three faces on Surfing’s Mount Rushmore; with Bruce, the only question is do you carve him with or without a cigarette in his mouth.