Johnny Fain died last weekend, at 78, after years of failing health. Fain was a high-performance surfer for the ages, an updated and improved version of Dewey Weber, built like a gymnast, with hummingbird feet and a set of whipturn variations that defied physics, given the deadass 30-pound boards he was wrangling.

Fortune smiled on young Johnny Fain. He was handsome and well-connected and grew up in comfort in the Malibu Colony. At 13, after telling his parents he wanted to surf, they went out and bought him a new seven-foot Velzy, and this brash kid walked right into a mascot position at the hallowed Malibu Pit. Within two or three years, Fain was out-surfing them all—except for one, and we’ll come back to Miki Dora in a moment.

Fain found work stunt-surfing and background-dancing in the Hollywood beach movies, and for a while it looked as if he’d leverage these bit roles into something more. A few years later he ran nimbly through the shortboard revolution and became a top-ranked AAAA competitor. The Fain Formula models for Greg Noll Surfboards were among the best California-made boards of the period.

Even by that point, however—when Fain was still in his mid-20s—his luck had already turned. For reasons I cannot put my finger on, the surf press was indifferent to Fain. SURFER and Surfing never ran a Johnny Fain cover shot. An Aussie mag named Surfabout did, in 1962, but they flopped the image and colorized it to a point where Johnny appears to have Stage Four carotenosis. Hollywood took a pass on Fain—but he kept trying, and was cast here and there as “ex-junkie” or “storefront person.” 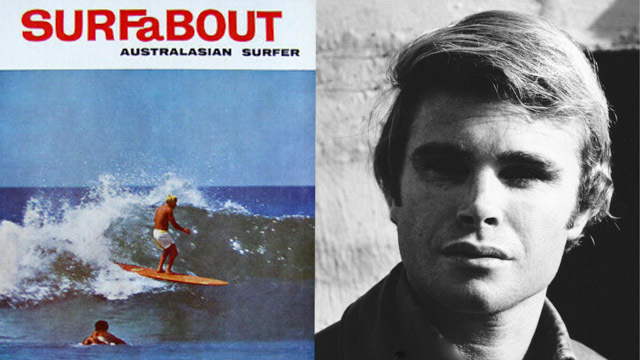 But the real problem was that Fain, then and now and forever, got stuck in the role of Miki Dora’s rival. This was a one-way deal. You’ll go pretty far down Dora’s career checklist before hitting Fain’s name. But for Fain, though, Dora is always right there at the top. Which is unfair and reductive—and Fain’s own fault, mostly.

Fain gravitated toward Dora, like everybody else at Malibu during the ’50s and ’60s. (Interestingly, and wisely, he never tried to surf like Dora. Fain was just a few gene segments short of being a Dewey Weber clone—short, muscular, blond—and had every bit of Dewey’s fast-twitch genius, and there was simply no way Fain wasn’t going to ride like Weber.) I’m guessing here, but the showmanship that was so much a part of the Malibu scene in the late ’50s and ’60s almost certainly led Fain to see the advantage in creating a rivalry with Dora—and it was theater, an invention, the two surfers liked each other—and Miki played along. The problem was that Fain always came out on the losing end. He wasn’t the butt of the joke, exactly, because he surfed so incredibly well. But Dora got the last laugh every time. Miki swings his board at Johnny’s head in the big Malibu contest and Fain has to duck and cover. Another wave, Miki swings again and squarely connects. “Don’t even be in the neighborhood when Fain and Dora are dicing,” narrator Dale Davis says in his movie Golden Breed, “or you might get conked in the head.” Except it was Fain getting conked. Later in Golden Breed, Dora goes skiing at Big Bear, where, Davis tells us, he “manages to escape about from just about everybody—except Johnny Fain.” No surprise what happens next: Dora tricks Fain into going off a jump, and the younger surfer face-plants the landing. 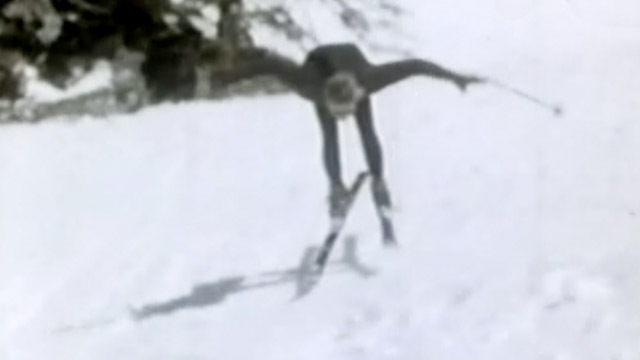 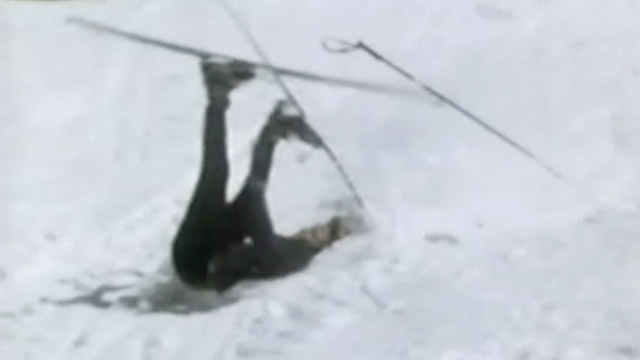 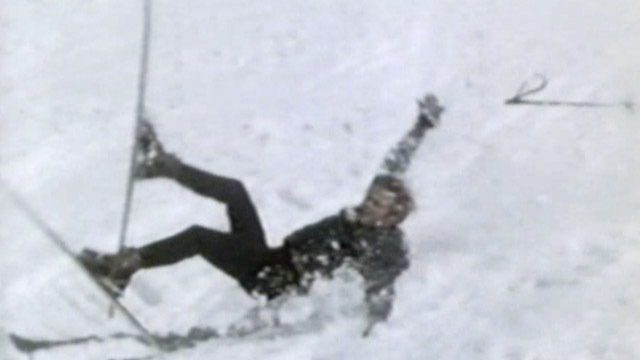 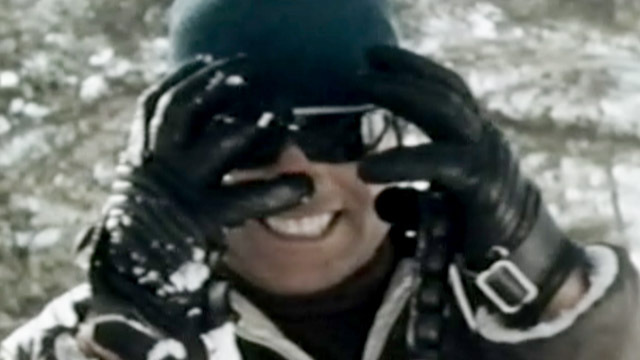 It’s funny, and Fain is obviously in on the joke, but the Cal Naughton Jr. vibes are already floating off Johnny like pollen in springtime, and that never stopped being the case. (In 2020, when H2O magazine got in touch with Fain to do a piece, it was to get Johnny’s take on his rival. In “Fain on Dora,” Johnny sounds almost brainwashed, calling his former rival “Malibu Mozart,” with wave-riding skills that command “silence and amazement” from onlookers, and concludes that, “If it wasn’t for him, I might not be who I am.”)

Fain continued to lean into the humorous sad-sack character with a 1969 article titled “Why I Lost the World Contest,” about the previous year’s event in Puerto Rico—although Drew Kampion’s “Why Johnny Fain Got Screwed at the Santa Cruz Big-Wave Contest” from that same year makes it a strong case that Fain wasn’t entirely to blame for his diminished surf-world status. In any event, Fain dropped off the surf scene not long afterward and possibly found work in Malibu real estate, but I can’t find anything to back that up online. In the 1990s he worked behind the counter at Becker Surfboards in Malibu. Fain remained in his hometown, unmarried, no kids, for the rest of his life.

The day after Fain died, a friend sent me a 1966 Venture magazine article, “Man on a Permanent Vacation,” by New Yorker writer William Murray. The piece is amazing—detailed and funny and not overly judgmental. It is laid out chronologically over the course of a weekend, starting at First Point on Saturday morning, then moving on to an afternoon of volleyball at a private Santa Monica beach club, followed by a night of dancing to the Byrds at Ciro’s on the Sunset Strip (filled with surfers as well as club-goers in “neo-Edwardian court dress, black leather Gestapo suits, and lounging pajamas”), then a huge after-party in an abandoned mansion in central Los Angeles, where Fain and a would-be starlet named Maxine Morrow snuggle until the cops break things up at 3:00 AM. 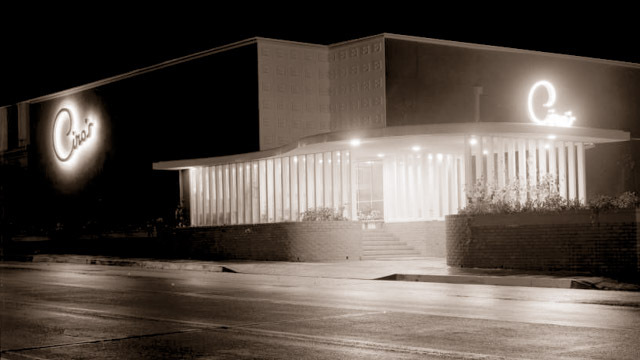 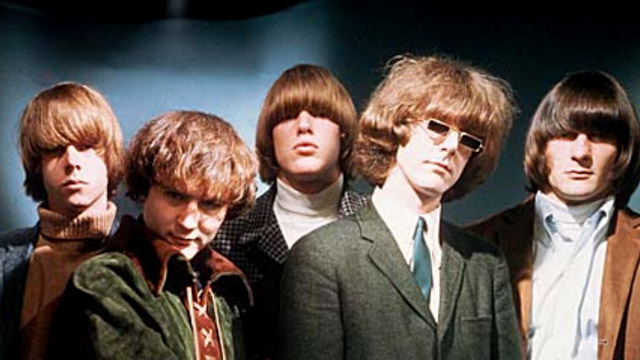 Fain is at his confident best throughout “Permanent Vacation.” Dora is barely mentioned.

But you also get the sense that the walls are already starting to close in, and if Fain doesn’t quite know it yet, he at least feels the change. There’s a great scene early on, at Malibu, with Fain and two sycophants named Dino and Dolphie.

“So where have you been, John?” Dino said.

“I just finished up another movie,” Fain said. “They had me going there for two weeks.”

“That’s a gas,” Dino said. “What do they pay you for them rotten surf movies?”

“How many you been in, man?” Dolphie asked. “Seems like every time I look up you’re bouncing around some screen behind Frankie Avalon. What’s this one all about?”

“Like the others,” Fain said. “Frankie, Annette Funicello and all the gang. They pay me three-fifty a week and expenses.” 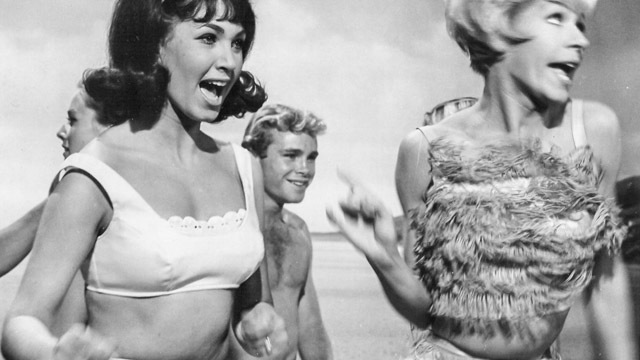 “This one’ll gross three million,” Fain said. “They pay us the Guild minimum.”

“It’s better than working, man,” said Dolphie. “Like you make a few hundred bucks for doing what comes naturally, right?”

“You surf, you bounce around, ball a few chicks, hoot it up and they hand you a few dollars,” Dino said.

Fain thinks he is heading for bigger and better things. Murray probably knows better but holds his tongue, and at the end of the article, having gone full circle and returned to Malibu on Sunday, Fain catches a wave and rides gracefully off the page, into what was probably the last best year of his life. 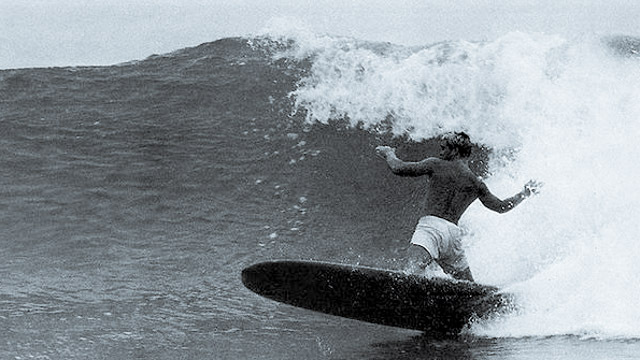