Nothing like an open-ended global pandemic with vertical exponential growth paired with looming economic catastrophe to make a surf-website CEO feel small and meaningless. Or so I thought after hitting “send” on last week’s Joint. But I’m beginning to come around. For starters, EOS over the past seven days had zero canceled subscriptions and 17 new sign-ups (three cancels and eight signups is about average), and while I know better than to extrapolate from a single week, the numbers at least suggest a bit of inexpensive use-at-home frivolity meant to keep us in touch with something near and dear—surfing, and other surfers—may not be as meaningless as I thought.

It also occurred to me there is value in reminding ourselves that the sport has already made it through hard times. On the disease side, surfing, along with the native population at large, was decimated in the century following Captain Cook’s arrival in Hawaii. From the 1900 nadir of that catastrophic event, however, we get Duke Kahanamoku and George Freeth and surfing’s rebirth. (While it messes up my point, I’m obligated to point out that Freeth died in the coming flu pandemic.) 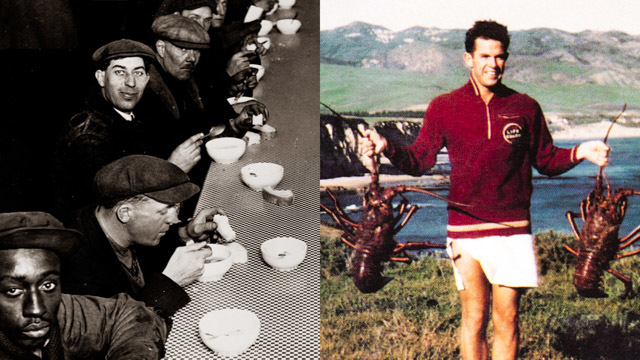 As far as squaring up to economic hardship, surfers didn’t merely survive the Great Depression, we aced it. We slept on the beach, pulled entire meals from the ocean, went hard DIY on equipment, and if it wasn’t exactly a 12-year San Onofre clambake, surfers in general got through the Depression happier and healthier then the population at large. Photographer Doc Ball put it this way: “We bought very little. We made our own boards and trunks; I even made my own camera tripod. It was good for you. After all that, you really knew how to get there from here. Of course, we had a little trouble getting gasoline. But then it was seven cents a gallon. Imagine that! We had surfing. As long as there’s waves—you didn’t have to pay for those. All we had to do was buy gas to get there.” 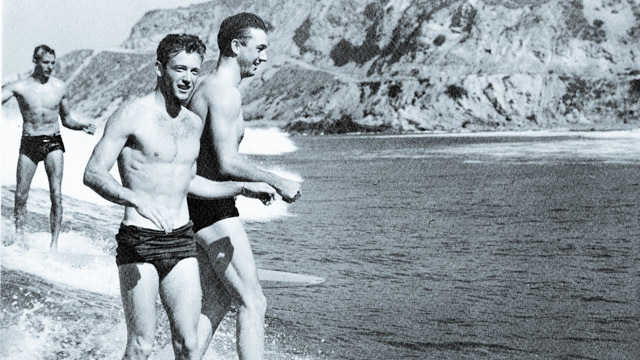 The weather in Seattle has been spectacular this past week, and I spend a couple of hours each day walking around the neighborhood with my 10-year-old son, sometimes quietly (traffic on our local streets is down about 80%; it is a thin bright silver lining), but more often than not pretty deep in conversation. He reads headlines on his iPad each morning while I drink coffee, meaning he’s as up to date on the virus and the coming fallout as any other fourth-grader in town. We talk about this stuff all day, on and off, and while I don’t soft-peddle anything, I’ve said that the hardest part is the unknowing. I’ve also said, repeatedly, that we are so fortunate. A likely scenario, I think, is the three of us stuck here in our very nice Queen Anne home, social-distancing and FaceTiming and home-schooling and pouring Manhattans, for somewhere between 6 and 12 months—or whenever the vaccine comes to our local Bartell Drugs. Hard, but not wartime hard. And I am especially lucky because I can remove myself completely from the headlines and the worry while posting EOS pages, and thus maintain contact with something that is as healthy as it is gorgeous, and if I do my job right and give you guys a little hit of that via the Joint and the rest of the site, then I’m good for the duration. 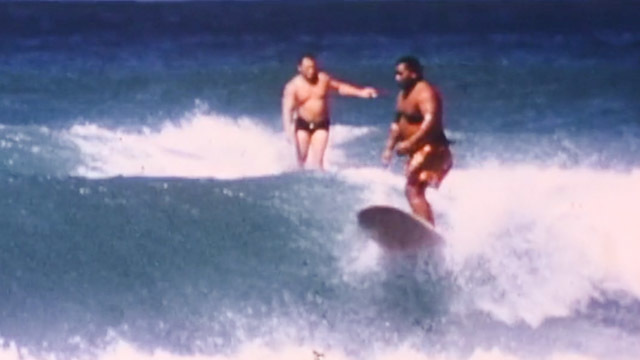 And now a quick pivot toward the inappropriate. Last month I came across an amazing Billy Stewart song titled “Fat Boy,” set it aside, and vowed to use it for a clip. Incredibly, while I was making it (watch here) I found what might be an even better song for the plus-sized surfer. So I did a second version. Well-pleased with myself, I called the family in for a viewing. Jodi, stone-faced, said, “Do NOT post those.” Body-shaming, etc. Has the shelter-in-place order bent my sense of decorum? Or are these two clips fine in a poke-you-in-the-well-padded-ribs-cause-I-love-you sort of way? Thoughts?