Wave-wise, Santa Monica is not even in the conversation as a great surfing town. You can scrape together a decent surf life here, but only by commuting up and down the coast. I learned to surf in Santa Monica at age nine, and by ten I’d already learned to call Bay Street “Bay Slop.” Zero local pride, wave-wise, except maybe for the Cove, but that’s another story.

But if it isn’t the first place you’d think of to ride waves, Santa Monica used to be one of the very best places to be a surfer. For decades—1945 to 1980, let’s say—surfers here were cheek-to-jowl and bumper-to-bumper with most of what was interesting and progressive in the overlapping worlds of American art, entertainment, design, industry, and technology. From the corner of Pico and Main, it’s 12 miles up the coast to First Point Malibu. Capitol Records, Hughes Aircraft, Paramount, Musso and Frank, Kantor Gallery, Gold Star Studios—traffic permitting, these places were all just as close. From that same Pico and Main intersection, it was a 15-minute beeline walk south on Main to Richard Diebenkorn’s studio, or an equally direct 15-minutes up Pico to Con Surfboards, take your pick.

In the very heart of the town, surrounded by Santa Monica High (Buzzy Trent, Matt Kivlin, Rob Lowe, Ricky Grigg, Ry Cooder), Rand Corporation (30-plus Nobel Prize winners and counting), Chez Jay (Rat Pack, Warren Beatty, Pentagon Papers), and what would later be the Jeff Ho-Zephyr building, is the Santa Monica Civic Auditorium. Designed by Welton Becket—better known for conjuring up the Capitol Records cylinder and the LAX Theme Building—the Civic had 27,000 square feet of exhibition space and featured a set of basement hydraulics that could jack the main hall floor from flat to sloped, depending on the event. 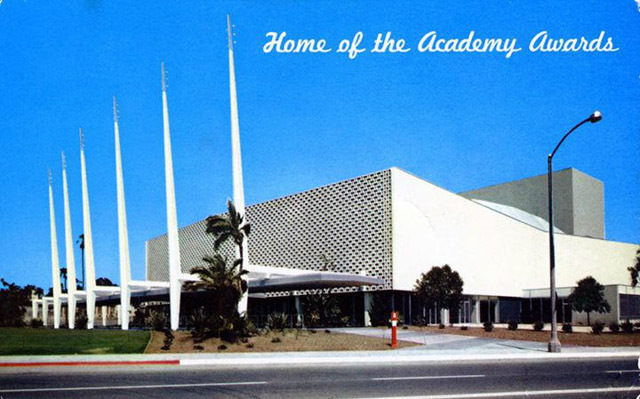 The Civic opened in the summer of 1958 with an already-packed schedule of concerts, trade shows, and sports events. The Harlem Globetrotters booked the Civic that year, as did the Society for the Preservation and Encouragement of Barbershop Quartet Singing. From ’61 to ’68, the Civic hosted the Academy Awards, and between Liz Taylor and Sidney Poitier and the building itself, the Civic, for at least one night a year, was the glam center of the universe.

It was a surf culture hub as well.

In its “Places to go Today” column for August 19, 1960, the Pasadena Independent had a vague Santa Monica Civic listing for “Surfing movie, Bud Browne” (probably Surf Happy), and I’m pretty sure that was the first surf-related event there.

Scott Dittrich’s 1987 film Gone Surfin’ was probably the last surf movie to play the Civic, although I’m not 100% sure there either.

Meanwhile, you can use the Civic all by itself to demonstrate how the Santa Monica surfer, year after year, was gang-tackled with opportunity in terms of arts and entertainment.

A few months ago, noodling around on newspapers.com, I began putting together a timeline of Civic events, surf and otherwise. When I realized I could dress up some of the events with actual real-moment photos and video clips (Bowie doing “Ziggy Stardust” at the Civic in 1972, for example), my project went from listicle to—a much longer and better-illustrated listicle. It starts with the 1963 Los Angeles Surf Fair and ends with Free Ride.

A few samples below, but better to click here for the full experience.

Thanks, everyone, and see you next week! 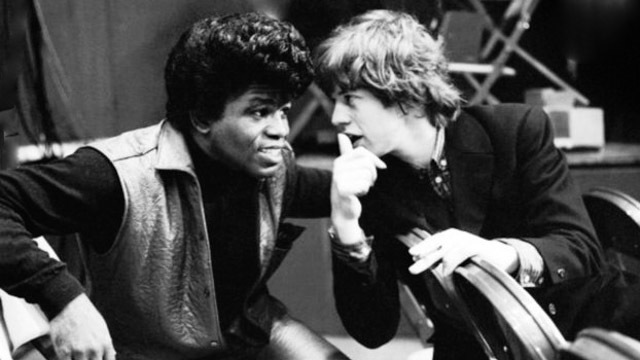 Featured acts: Rolling Stones, Supremes, Beach Boys, Bo Diddley, James Brown, Lesley Gore, Marvin Gaye, Jan and Dean, Chuck Berry, Smokey Robinson, Gerry and the Pacemakers, Billy J. Kramer, the Barbarians. “In 1964, some of the most talented black and white artists across the globe came together for a show of unparalleled pop madness, shown on closed-circuit screens across the U.S. From its frantic pacing to the rockers performing with every ounce of their youthful energy, you’ll never again see a concert film as exciting as this one.” [Esquire, 2014. Watch the full T.A.M.I. show] 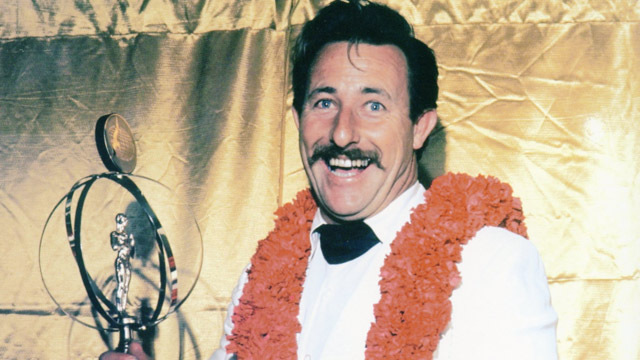 “The recent Hall of Fame Awards must be looked upon as the high point of modern-day surfing. Surely, the formal affair at the Civic did much to alleviate the long-hair juvenile delinquent image surfing has borne wrongly in the past.” [Ron Haworth, Honolulu Star-Bulletin]

TIMOTHY LEARY, THE GRATEFUL DEAD
Jan 20, 1967
“Six days after the Human Be-In [in San Francisco], Tim appeared with the Grateful Dead at the Santa Monica Civic Auditorium in Los Angeles. Owsley Stanley would later recall, ‘Somebody played a sitar and Tim did a rave, and then the band played. He was being Guru Tim. Everything he said was very provocative, Fuck authorities. To hell with your parents. Turn on, tune in, drop out. Take acid, don’t care about what anyone would say, do as you please. He scared a lot of people because they thought he was too weird. And he was. He just kind of went around the bend. Everyone was saying, Look, Tim, you’re out of control here. You’ve got to cool it. You’re bringing too much heat on everything. We don’t want a lot of attention. But he wouldn’t listen.’” [From Timothy Leary: a Biography, by Robert Greenfield]

RALLY FOR RICHARD NIXON
Oct 9, 1968
“There were scattered jeers from demonstrators in a crowd of 7,000 at Santa Monica Civic Auditorium. ‘We shout down the hecklers,’ Nixon said. ‘They don’t have a chance.’ More jeers came. The crowd roared, drowning out the hecklers. ‘That’s it, sock it to ’em, sock it to ’em,’ said Nixon, smiling.” [The Michigan Daily] 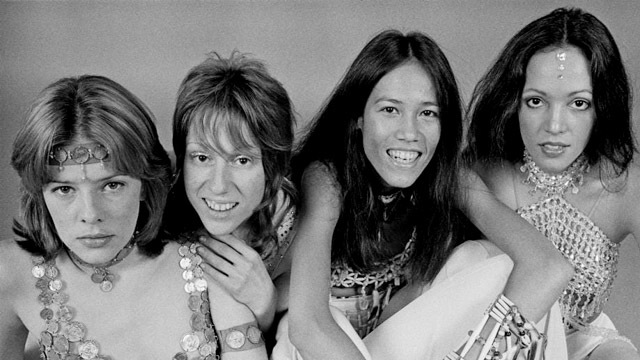 David Bowie on Fanny: “One of the finest rock bands of their time. They were extraordinary: They wrote everything, they played like motherfuckers, they were just colossal and wonderful, and nobody’s ever mentioned them.” Groundbreaking all-female quartet; watch Fanny play on French TV.

DAVID BOWIE
Oct 20, 1972
“The most important rock concert this Fall in Southern California [will] take place this Friday night when England’s David Bowie steps onstage at the Santa Monica Civic Auditorium. There’ll be several other notable concerts this year, [including] Elvis Presley, Paul Simon, Marvin Gaye, and Elton John, but Bowie’s is the most significant because it will help answer the question of whether he is indeed the exciting new superstar that rock music so desperately needs to lift it from its present doldrums.” [Robert Hilburn, LA Times] 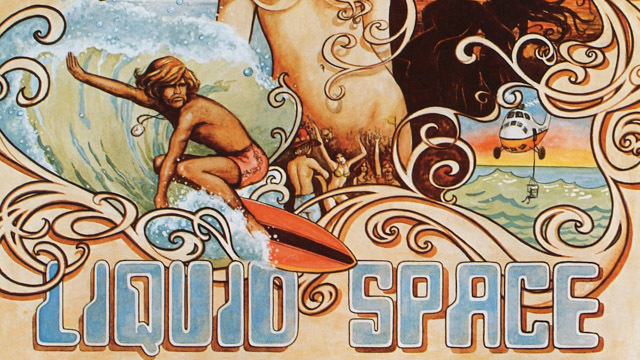 “Dale Davis is one of the last of the old crew of surf cinematographers, along with Bud Browne, still shooting the waves. A graduate of the prestigious Brooks Institute of Photography, and a veteran North Shore photographer, Davis was out of the game for four years recovering from a paralyzing fall out of a helicopter while filming at Waimea Bay. Liquid Space marks his return to the scene. Dale filmed practically all of his surf content during a four-month stint on the North Shore, during which time he got only five days of good surf. But what he did get was the Pipeline being ripped by Jeff Crawford, Rory Russell, Angie Reno and Jackie Dunn. There are some rock concert scenes here and there, along with special effects. Some work and some don’t, but nothing so disruptive as to make you mad. Music is all original by a group called Truckin’. The group composed and recorded everything in an intense four-day, all-night period.” [SURFER magazine review by Steve Pezman] 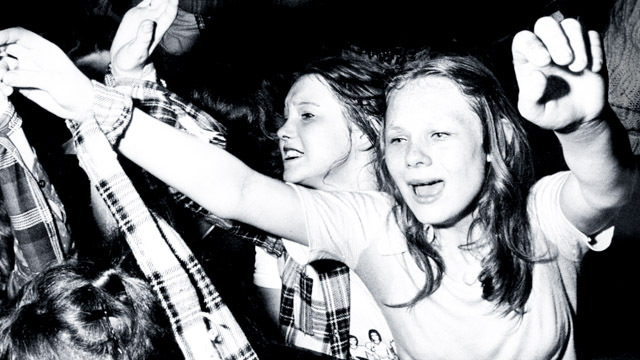 “The audience was almost entirely made up of girls between the ages of 11 and 14 who stood on their chairs, waved tartan scarves, cried, screamed, and screamed again. Several required medical attention. On stage, four mop-topped young men sang and played. On the surface, it might have seemed to some like the return of the wonderful mania for a pop group last seen in this area when the Beatles visited the Hollywood Bowl. Or at least at the last Monkees concert. The reaction might have been similar—but not the object of that reaction. The most striking thing about the concert—once one got past the screams—was the colorless, ordinary quality of the group. There is considerable Abba-like pop charm in a few of the Rollers’ singles, especially “Saturday Night” and “Rock and Roll Love Letter.” The band members (a quartet now, following the resignation of both an original member and his replacement) are winsome and smile a lot. Sweet lads. But beyond that there is little to recommend them to anyone of any age.” [Terry Atkinson, LA Times]

PS: Sadly, the Santa Monica Civic has been more or less dormant for years, and as far as I can tell there are no plans for a renovation.