It seems petty at this late stage to dwell on the early ’70s Lennon-McCartney feud. Then again, it was a no-holds-barred battle of rock titans, so let us dwell, briefly. Paul broke up the Beatles, and thank God, because the band’s 10-year career arc is in itself a thing of artistic perfection. But John was furious at how things ended, and his 1971 song “How Do You Sleep” is a dis track for the ages. Paul, for my money, got the last word with “Let Me Roll It,” because while it could be taken as a proffered olive branch (“My heart is like a wheel / Let me roll it to you”), the track effortlessly channels John’s guitar and vocal style, the effect being: haha, see how easy it is?

The big-wave revenge dished recently by Justine Dupont of France had some of that same tossed-off McCartney flair. In 2020, you’ll recall, Dupont and Brazil’s Maya Gabeira each had strong entries in the Red Bull Big-Wave Awards. As it turned out, Justine took Ride of the Year honors, while Maya won the XXL Biggest Wave, and this last award is where the smiles and thank-yous abruptly ended as Dupont took to Instagram to heap much Gallic scorn upon the “independent scientific team” assigned to measure the XXL wave-size (the silliness of the exercise comes into full bloom in the second paragraph of this article; read and chuckle), and to not-too-subtly make the case that her wave was equal to or bigger than Maya’s. 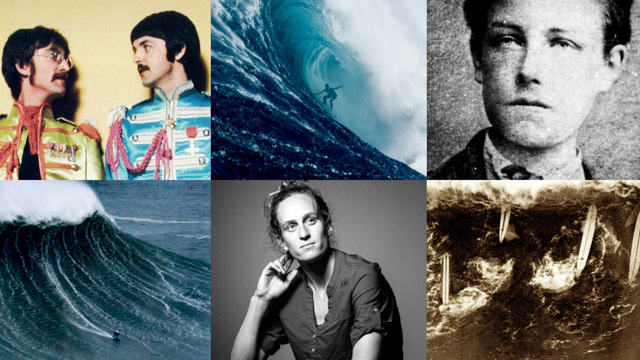 Surf-Insta was briefly cleft into pro-Maya and pro-Justine camps, with Justine the crowd favorite. “I wanted to scream, then cry, but eventually I prefer to keep smiling and my head held high,” she wrote Rimbaud-like on her Instagram, adding that “they won’t take away the pride and pleasure I have in surfing those big waves,” and that in the coming months she would “surf even bigger waves without waiting for some records.”

Which brings us to Dupont’s massive Peahi wind-tunnel tube from Jan 17—the sweetest fuck-off surfing moment of this or any other year, not just because she rode that beast with the kind of thrill-inducing verve that Lennon-McCartney brought to their best major-to-minor chord progressions, but also because Justine called the shot, and I hope she is still wrapped in the pride and pleasure of that moment. 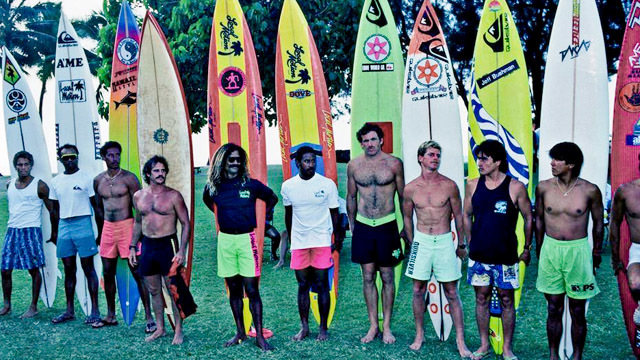 Big-wave surfing continues its amazing transformation. Thirty years ago the whole activity pretty much lived within the confines of Waimea Bay and was as single-gendered as a Governor Kemp Jim Crow signing party. Now the sport is graced with a poetry-loving Frenchwoman, her back-from-the-dead Brazilian rival, and who knows where the next 50-foot tube is going to be threaded—Ireland or Cape Town or Portugal or Central California, anywhere except Waimea which I believe has been turned into an overflow Foodland parking lot. Big-wave surfing, formerly the narrowest of surfing pursuits, has opened up, and watching it happen is both thrilling and righteous.

“I dance the Sabbath in a scarlet clearing,” as Rimbaud said on Surfline recently, “with old women and children.”

And Kai Lenny, of course.