Gerry Lopez and I talked in 2014 about the origins of Lightning Bolt, which opened in the just-shuttered Honolulu Hobie shop during the summer of ’70, and the Bolt logo itself (“the result of me doodling while talking on the telephone”), and at the very end of the conversation, unbidden, Gerry said, “One of these days, Shipley and I”—Bolt cofounder Jack Shipley—“will tell the whole story of where it all came from, and what really happened. But until then, it is double top-secret.”

Gerry has occasionally made these types of vague but intriguing comments over the years, and so it was my belief that all would indeed be revealed in The Yin and Yang of Gerry Lopez, a feature-length and long-fermenting documentary that premiered Thursday at the Santa Barbara International Film Festival. Why not? Lopez is north of 70, and my experience with EOS has shown time and again that the older a surfer is, the more likely he or she will put it all out there, for the record—and yes there is usually spinning and legacy-padding involved, but just as often it is a matter of that surfer wanting to unburden and/or come clean. Confess, almost. Death approaches. Let go of the bullshit.

The example nearest and dearest to my heart took place in 2001, as my original EOS partner Nathan Myers set up what he figured would be a standard EOS intake interview with Dorian Paskowitz. For most surfers, this was a quick 30-minute biographic sprint. But Dorian, always generous and always a showman, even for an audience of one, went full Ken Burns on Nathan over the course of a week or so, in one conversation after another, offering a version of his life so unexpurgated that at one point, near the end of their talks, he brought his voice down to an urgent whisper.

“Nathan, everybody thinks I have nine kids. I have fourteen kids.”

Paskowitz was then 80 years old and 60 years married to Juliette, mother of the famous nine-child Paskowitz brood—but apparently, even at that late stage in their life together, she didn’t know the full extent of Dorian’s repopulation efforts. She was in the room when Dorian was confessing to Nathan; hence the whispering. 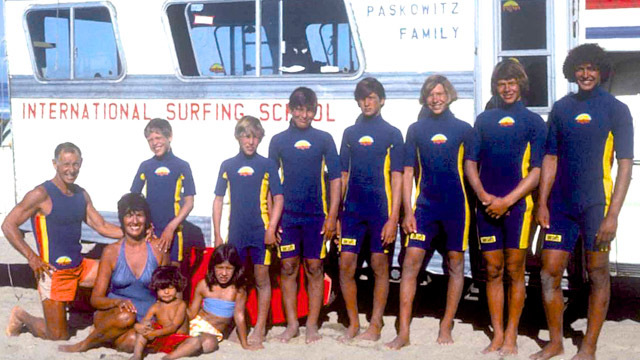 There are a lot of reasons to watch The Yin and Yang of Gerry Lopez. Director and former pro skateboarder Stacy Peralta continues to up his game cinematically, and with Lopez he builds on, and goes beyond, the strobing bebop visual treatment he used in Dogtown and Z-Boys and Riding Giants. On paper, the Peralta-Lopez pairing seems an odd fit: Stacy’s jangly fingers pulling the strings on Gerry’s chi-infused life. But for 30 or so minutes the combination works incredibly well—maybe for the very reason that the basics of Lopez’ oft-told story are here given a new pop and snap. (For some people, the Peralta style may well work fine all the way to the end of the film; I’ll be 62 in a couple of months and my quick-edit tolerance is getting lower by the year.)

I will see Yin and Yang again just to watch Rory Russell tell the story of having to drive Gerry at high speed across the island after Pipeline Buddha took a fin up the ass—a potentially fatal injury that Rory nonetheless works to his considerable comic advantage. 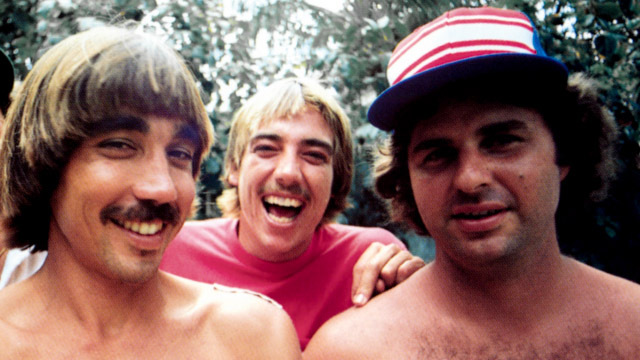 The best thing about Yin and Yang is Lopez talking about his underlying aggression and drive. Gerry is not only self-aware and clear-eyed in these moments, but the topic opens a perfect through-line to his lifelong devotion to yoga, which emerges not just as the perfect complement to his surfing—the filmmakers do an amazing job on this point by ping-ponging the twin activities off each other onscreen—but as a way for Lopez to essentially keep a lid, barely, on his own darker instincts. Without yoga, you get the feeling that Lopez would have become the Final Boss of the Hawaiian underworld. As it was, he was merely the Final Boss at Pipeline, and here we find out that he did not Zen his way to that position, he did it by taking every last wave he wanted, without mercy or remorse.

The fact that Gerry knows this, and now owns it in public, is key. That is his “I have fourteen kids” moment, and I am grateful to Stacy and Gerry for bringing it to the screen.

But that is the only real Yin offering in a movie that is otherwise mostly legend-stroking Lopez-walks-on-water Yang. We do not get “the whole story,” as Gerry kind of sort of promised me—all of us—in 2014. In fact, we don’t even get parts of the story that are already on record. When Toni Lopez, Gerry’s wife, appears onscreen and talks about having doubts about getting involved with a surfer because she’d already dated one and knows the drill (waves first, everything else a distant second), we are not told that her ex—who is not just an ex-boyfriend but an ex-husband—is 1978 world champ Wayne Bartholomew. Is this information crucial to moving the story forward? Maybe not. Then again, how do you not mention that Toni threw over one surf icon for another?

Another missing item is that Bolt actually had its commercial debut in 1970, with Hansen Surfboards’ Lightning Bolt model, a fall-apart hollow-bodied Lopez signature thumbtail made not for Pipeline but everyday surfing. Again, maybe not crucial to the story, but why bury it? Complete the circle. The Hansen-Lopez popout of 1969 connects to the Costco-Lopez foamie of 2022, just as yesterday’s Lightning Bolt flip-flop connects to the bolt-accented Lopez signature sneaker of today.

Absolutely see Yin and Yang when it comes out. Gerry is a sly and wise onscreen presence, and his best Pipeline surfing, 50 years on, is still a model, the model, of channeled-energy less-is-more kinetic perfection.

But expect to be entertained, not enlightened.

“Water surrounds the lotus flower,” as the old old Koan saying goes, “but does not wet its petals.” Which also translates as: “He who gets final cut on the project will probably keep the double top-secret stuff top-secret.” 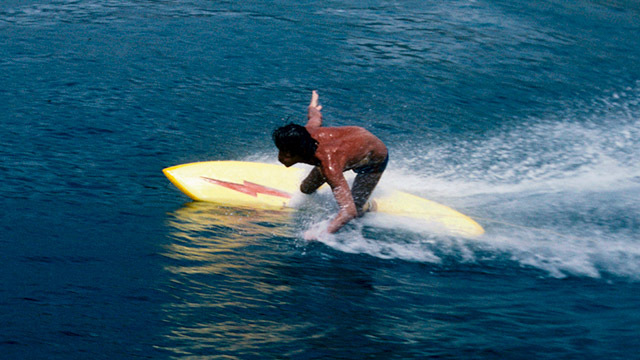