Rare is the offhand remark that can both affront and amuse. But people, it happened to me just two days ago. After posting Linda Benson’s long-lost 1971 GAF View-Master reel, I spread the word, as we must, on social media. Within minutes, up pops a comment from longtime EOS supporter Aviva Rosenthal: “WTF is she wearing? It’s like a Mormon’s idea of frivolous underwear.” That second bit is a keeper. With apologies to the recently-departed Bob Cooper, a gentle jab at the LDS’ magical unmentionables will always bring a smile to my face. So thank you for that, Aviva. And we need to talk someday about Frank Sinatra’s pricey if not magical yarmulke.

But hold up. How can you possibly be dismissive, and crudely so, about Linda’s amazing floral-print shortjohn? Honestly, had she been wearing standard black or blue, or just about anything monotone, I probably wouldn’t have bothered posting. But that hip-hugging red-and-white number, even more so than the patented Benson Bob, is pretty much the whole deal. 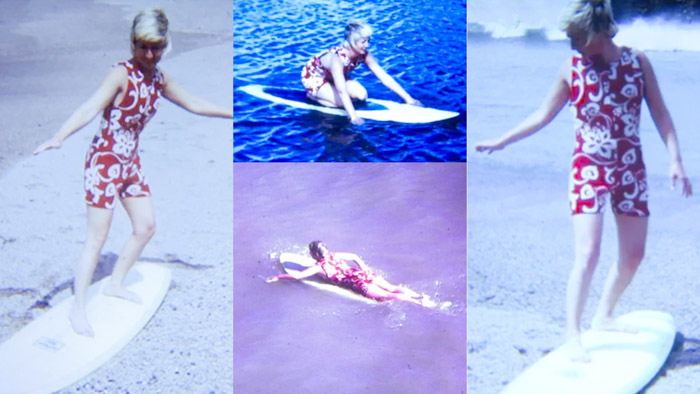 I was about to call Linda’s attire the cherry in the Manhattan, but no—it is the bourbon. I will go further. Two-tone floral should never go out of style. Joyce Hoffman (below) wore it beautifully. Steph Gilmore or any other fashion-forward pro of 2020 could do the same, and I very much include the men. (Not all men. “Yes” for Italo, Bourez, and Freestone. Hard “No” for Gabe, Jordy, and Carmichael.) 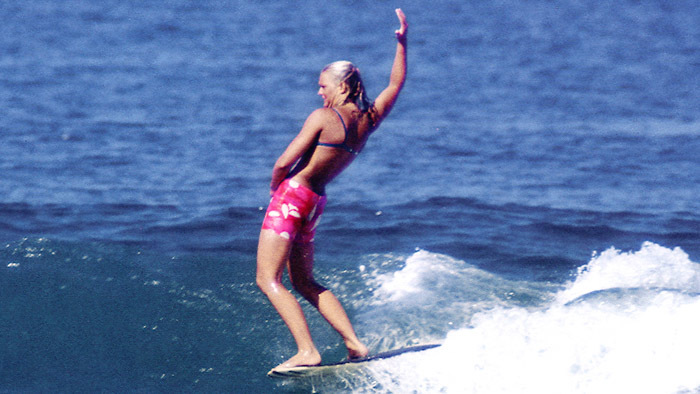 I’ve been going through that giant haul of Aussie surf mags I mentioned two or three Joints ago, scanning and archiving and mildew-huffing, and while I’d be lying to say I’m fully recovered from the $1,600 shipping cost, I’m happy to report that there is gold aplenty to be found within those thousands of decomposing pages. The oldest and best part of the collection is a half-dozen mid-’70s-vintage issues of Tracks, when the mag was helmed by Phil Jarratt. Here’s a little something titled “Tracks Awards for ’74,” and while this is by no means flowertop Jarratt (unlike this bit from his 1979 profile of Larry Bertlemann, which is), it does highlight Phil’s singular talent for conjoining surf and non-surf. So we get Nat, Midget, Jack McCoy, and Col Smith sharing column space with Lou Reed, Malcolm Fraser, and Evel Knievel. The mix is all-important. Jarratt knows that while bourbon alone is fine, it is so much better with vermouth, bitters, and a purple-black brandied cherry. (You say that rye, not bourbon, is the correct spirit for a Manhattan? Technically, maybe so. But I feel about rye the way I do about the Talking Heads, which is: they may be great, but I don’t quite get it, and let’s play Mink DeVille instead.) Anyway, to illustrate Jarratt’s point, here is Evel Knievel and Tony Hawk—Tony got to wear Evel’s leather jacket, which for a moment distracted me from those gnarly tumor-y things on his knees.) 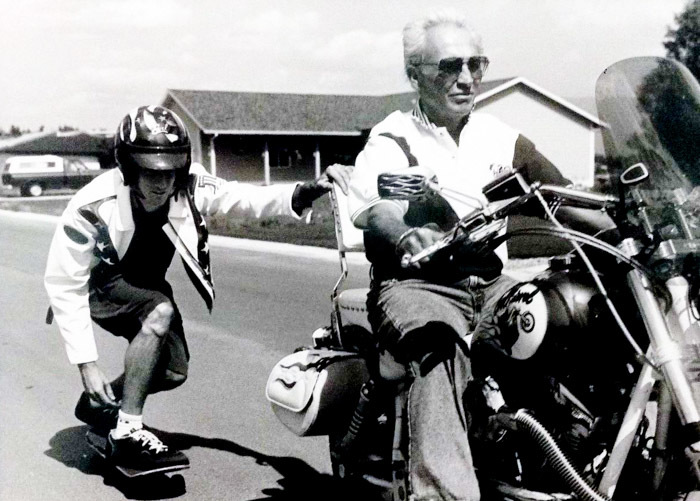 Last for not least, I so enjoyed making this Rob Bain clip and chasing it with an excellent Tim Baker-penned Rob Bain profile, which defines him as perhaps the ultimate Aussie battler. Bain’s father died young, Rob worked construction as a teenager, drank too much, and got in lots of fights. How he managed to become a Top 5 pro, reduce but not give up beer, and become more or less everybody’s best friend on tour during the late ’80s and early ’90s is a combined achievement of the highest order. Cheers to you, Rob, and I’ll shout a second round too, but that’s it, after that I’m heading home. 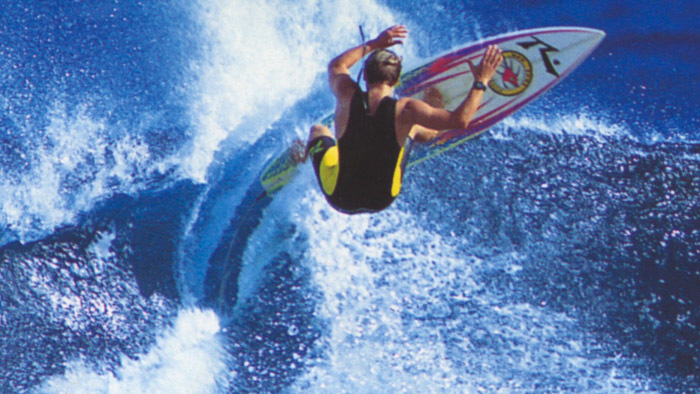