Under the Wave at Waimea, Paul Theroux’s new novel, comes out this week. I’ve only read excerpts and some early reviews, so jumping in here with tiny fists balled and swinging feels premature or petty or unfair or all three. On the other hand, I’m finding it harder and harder these days to make it through an entire book, any book (I loved the first half of French Exit, however, and parts of Deacon King Kong had me in raptures), so finishing Under the Wave as a precondition for critiquing it is probably a non-starter.

Our leathery but handsome protagonist is Joe Sharkey, aka “the Shark,” a fading 62-year-old haole surf legend living on the North Shore with his much-younger new girlfriend. While driving home from a bar one night, Sharkey hits and kills a homeless man on a bike. Joe evades criminal charges, then he and girlfriend set off to investigate the dead man’s past and to help Joe (in the words of the flap copy) “find vitality and refuge in the waves again.”

The one wild story that everyone believed about Joe Sharkey was not true, but this was often the case with big-wave riders. It was told he had eaten magic mushrooms on a day declared Condition Black and dropped left down a forty-five-foot wave one midnight under the white light of a full moon at Waimea Bay, the wave freaked with clawed rags of blue foam. He smashed his board on the inside break called Pinballs and, unable to make it to shore against the riptide, he swam five miles up the coast, where he was found in the morning, hallucinating on the sand. More proof that he was a hero; that he surfed like a rat on acid.

At which point I was already leaning negative on Under the Wave because we all know that is Jock Sutherland’s story, more or less—he and Theroux are longtime North Shore friends—and why not just do a slightly fictionalized take on Jock, who is infinitely compelling, and spare us the manslaughter and resultant tension-conflict-resolution drama?

Anyway, here are my two issues with Under the Wave.

First, as the title and cover art make clear, surfing in this book is often front and center—but it is surfing as conquest and big-wave trophy hunting, from Waimea to Cape Town to “the water monster” (more commonly known as Nazaré) in Portugal. Conquest, for me, is always a dead-end choice for a surf book. Real-life big-wave conquest is a thing, yes, but it is almost always a surfing byproduct, not the main point. Even for big-wave incurables, surfing is a through-line, a horizontal rather than spiking presence, an often-beautiful drone connecting one year to the next, like Brian Eno’s Music for Airports on loop but with some livelier bits from Here Comes the Warm Jets dropped in now and then. Dan Duane captures this idea perfectly in his book Caught Inside. “Surfing falls outside the narratives of death and change,” Duane writes. “One goes out, comes in, surfs in circles. A surf session is [just] a small occurrence outside the linear march of time. You can talk about carving deep, then gouging the lip, but even if the listener can visualize [all of this], it still doesn’t make a story.”

Granted, Theroux’s book is not really about riding huge waves, but about a man who rides huge waves coming to terms with the fact that he’s been a selfish prick his whole adult life. I do not concede my above point, but still. Sharkey spends a fair bit of time in detailed reflection about waves he has ridden and their epicness. But Duane’s take is the right one: “While paddling back out [after] a glorious ride, I noticed that I couldn’t remember anything specific about the wave.”

The second thing about Under the Wave is the degree to which Theroux himself is not really interested in surfing or surfers. The language, the surf-action descriptions, the surfer’s interiority—every time he reaches for surf-world authenticity the results feel borrowed or dashed-off or best-guessed-at. The fault here is not that Theroux is an outsider. That’s fine. Some of the best takes on the sport have been made by outsiders. But the writer has to care enough, be interested enough, to make something previously unknown to him or her come to life. Non-surfing New York writer Cintra Wilson was taken to task for the level of snark she brought to what I still think of as one of the best and funniest surf-related essays ever written, “Jesus Christ, Personal Friend of Surfing,” and fair enough, she does at times come at her subject claws-first and grinning. At one point Wilson eviscerates poor Shea Lopez for not being able to think of anything he would change about the world tour. But immediately following, she offers this: “Anyone who has fallen in love with a group of uniformed firemen at the supermarket—noticing their polite, jokey teamwork and easy, 100-proof manliness while they shop together for the station—would probably like being around surfers. All the petty parts of [their] brains seem blasted away by the overpowering waves and they have the weird, gentle majesty of giraffes or monks. Something about living enslaved to an element like fire or water, I suppose, gives them that 1940s Royal Air Force, movie-hero kind of self-possession. Anyway, I felt dirty and mean after talking to Shea Lopez, and kind of sick with admiration for him.” 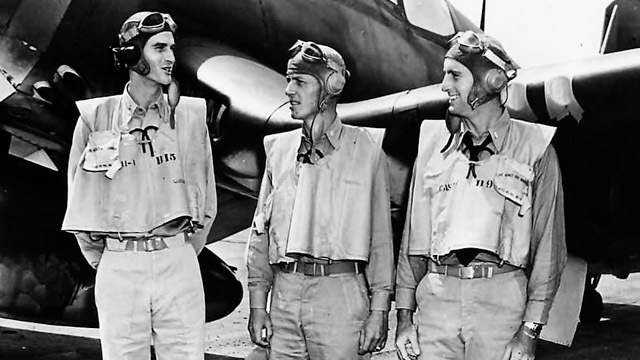 Surfers should be laughed at, eye-rolled, and praised in roughly equal measure. And always remember, that surfers meanwhile will be laughing at you, and justly so, even if they are whittling away their lives in pursuit of waves. This is a difficult set of things to keep in mind while writing. Wilson threw herself to the task, enjoyed herself tremendously, and thus her surfers can believably and effortlessly shape-shift from lunkheads to monks to giraffes to firemen. In contrast, Theroux’s characters, while in surfer mode, are professionally-written cliches. I’m not saying Theroux has dishonored surfing. Or rather, I’m not saying that Theroux has only dishonored surfing. I’m saying he has broken the first rule of his craft, which is to care enough about your subject to want to get inside it, wear it like a skin if possible, eat it and be eaten by it—the way Theroux did with Mosquito Coast, the way he did during his incandescent pissing match with fellow writer VS Naipaul.

Otherwise you’re left with the main character going left at Waimea straight into Pinballs, like a rat on acid. 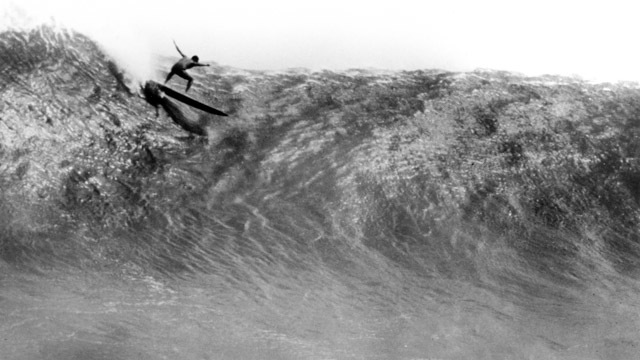 PS: I just opened the new Surfer’s Journal to find Jamie Brisick’s interview with Theroux. Brisick opens by asking about the inspiration for Under the Wave, and here is Theroux’s response:

You might laugh, but I remember the day and time when I made the decision. I was riding my bike from Haleiwa along Kam Highway one hot day and came to the small bridge near Laniakea. The road is narrow there, so I decided to walk it, staying close to the rail of the bridge. I looked down at the creek bed under the bridge and saw a woman lying naked on a surfboard in the sand, her legs parted, and a naked man frantically making love to her. The woman’s face was contorted in ecstasy. I wanted to linger, but I figured they needed their privacy. And I thought, Wonderful—they’ve spent the morning surfing together, and now, as a culmination, they’re rutting like mad. This sort of summed up the consuming passion of surfing.

Yuck and gross, and I’ve made a decision—hard pass on Theroux and his new book, even if they send me a free copy.