SURFER POLL ’63 is the opposite of COVID-19. Scientists are too busy at the moment to lab-test this idea and move it from hypothesis to fact, but I mean come on. Look at the pictures here. Look at all that sweaty social contact. Look at those worry-free faces. Imagine the number of hands shaken, and all the shouted spittle-flecked close-quarter conversations. Think of hundreds of the shared points of contact at the bar, the cigarette machine, the urinal. True, by the time the ’63 Poll banquet was held, on April 25, 1964, Kennedy was dead and the Viet Cong were doing everything but baring their asses and daring Johnson to send the Marines to Da Nang and ramp it up. But none of that was affecting the party. (For the record, not a single 1963 SURFER Poll winner got dropped in the shit over there. I’m not saying that’s fair, but I’m not saying it’s wrong either.) 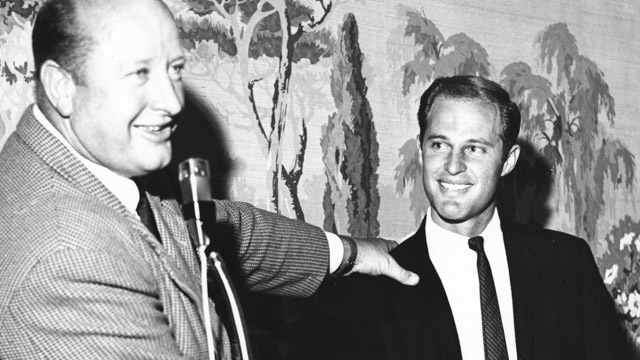 The top photo you see below is the official SURFER Poll ’63 group shot, taken by John Severson. Fourteen of the Top 20 place-getters are shown, including numbers one, two and three—Edwards, Grigg, and Strauch—standing shoulder to shoulder in the back row. The bottom pic was taken maybe five seconds later, after Pat Curren’s blood-alcohol level put his gross motor skills in a chokehold and the great big-wave rider folded into himself like a beach chair. The party, obviously, at this moment, takes a turn for the better. Paul Strauch’s smile (center, white jacket) goes from bored to devilish. L. J. Richards (lower right, between Curren and Dewey Weber) goes from Lee Harvey Oswald to Tyrone Power. Butch Van Arstdalen used the time to refresh his drink. If you’re wondering why John Peck (upper right, between Doyle and Hobie) looks so strange, it’s because . . . well, Peck is strange-looking, let’s not mince words. But also—and I know this because I’ve seen the actual print—Peck’s smiling head from shot #1 was cut out and pasted onto shot #2 because Peck was looking away from the camera, I’m guessing because he dropped his cigarette. 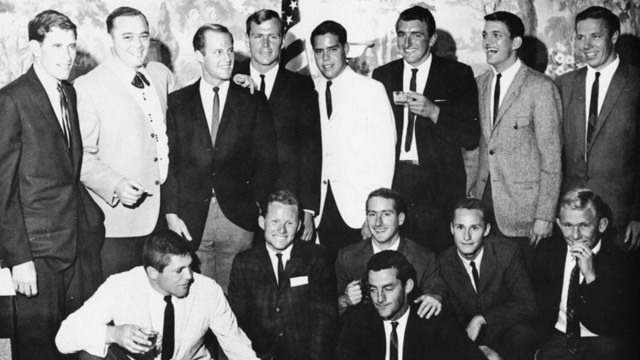 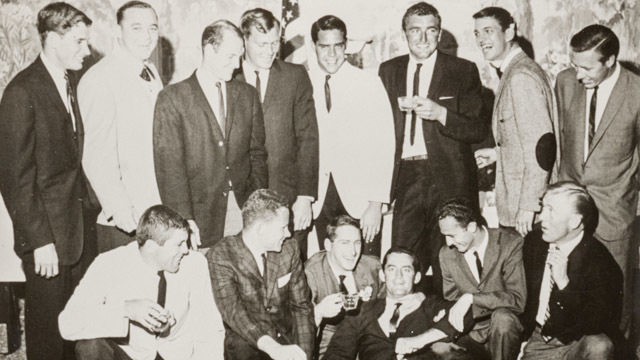 If I say to you that the SURFER Poll is a meaningless and rigged popularity contest, worthy of scorn and nothing more, honesty demands that I also admit to being overlooked for the Mira Costa High School Coronation Court in 1978—just as Three Dog Night remains locked out of the Rock and Roll Hall of Fame. That said, I love the Poll for the outfits, especially in the 1960s: the jackets, slacks, and dress shirts; the beads and leather fringe, the hair greased, combed, frizzed and flowing. I love the party pix. See for yourself. Here are new EOS pages for the SURFER Polls of 1963, 1964, 1965, 1966, 1967, 1968, and 1969. (For good measure, here is the 1969 Poll reader ballot, with 143 names to choose from, and if you remember newsmaking surfers like Alfred Laws and Janice Domorski, please be my surf trivia “Phone a Friend” lifeline pal.) 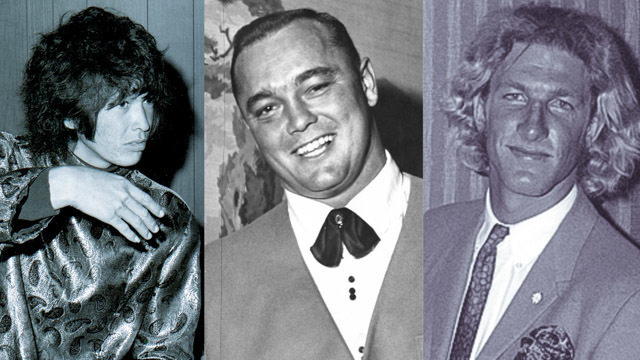 I don’t have red carpet pix of everybody from those first seven Polls, but I’ll go out on a limb nonetheless and say that the decade’s three sharpest-dressed Poll men were:

The women Poll winners in the 1960s were barely photographed, surprise surprise, but maybe Linda Benson can fill us in on who was there and who wore it best? Meanwhile, here is something I learned last week. When Margo Godfrey made her Poll debut, in 1965, she was just 12 years old. And a really tiny 12, too. Here she is at 14, still looking like a wayward Mousketeer. 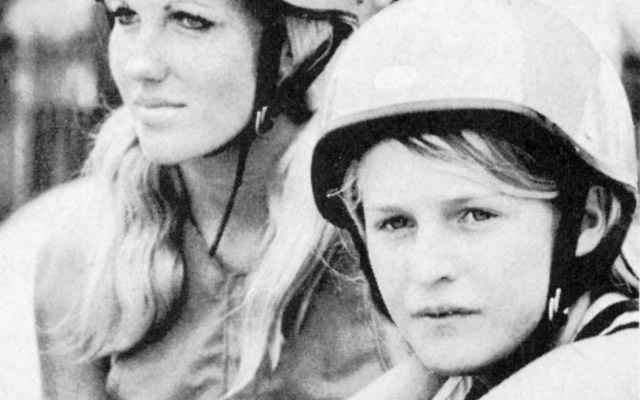 Thanks everybody, hope you are all sheltering in comfort, and see you next week.