Taking Liberties is the forgotten record from Elvis Costello’s opening fusillade of great LPs. Liberties came out in 1980, between Get Happy and Trust, and it pissed me off because my friend Dave McMillan and I had spent four years hunting down Elvis imports and bonus singles and whatnot, and Taking Liberties basically gathered up everything in our hard-earned stash and rolled it into one 20-track album. Killed our deep-cut New Wave cred.

On the other hand, thank God for the Columbia Records JV marketing exec who had the idea to juice Elvis’s catalog for all it was worth (Liberties was a U.S.-only release), because while the album is a total rummage-sale in terms of style and sound, it’s loaded with great tracks—Spotify it and trust this old Costello connoisseur, you will not go wrong with “Radio Sweetheart” or “Big Tears.”

Inspired, I have taken the liberty of gathering up a bunch of lost or forgotten or underused items from the EOS factory floor and packed them into this 20-track Sunday Joint. 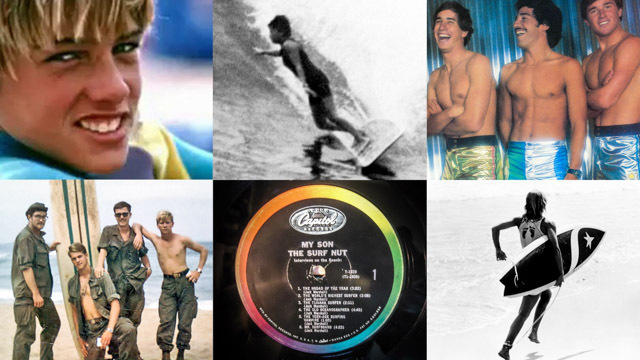 1. “It’s My Party Day” features 14-year-old Kelly Slater dancing with a bosomy Heather Thomas and praying they don’t play a slow one.

2. “Ballad of a Thin Man: the Unsinkable Henry Lum” is a short profile I wrote in 2017 on the most against-type big-wave surfer in history. Landis Lum, Henry’s son, told me his father stood 5′ 7″ and weighed 125 lbs: “No muscles, just a bag of bones who hated getting wet.” But in the late 1940s and ’50s, as George Downing remarked, Lum paddled into “the biggest goddamn surf” at Makaha, and earned the respect of one and all.

3. Here is a gorgeous acoustic track by Uncle Tupelo that I’ve been sitting on for five years, unable to find the right surfer to pair it with for an EOS video. Suggestions welcome!

4. “China Beach: Out of the Shit, Into the Surf,” is as sunny as it is nerve-wracking. Watch this clip then click over to . . .

7. “Hide and Seek: The Joey Hamasaki Archive.” America’s original female shortboarder, and a wave-riding stylist for the ages.

9. Chris Bystrom’s cold-open confessional at the beginning of Blazing Boards is a hoot! 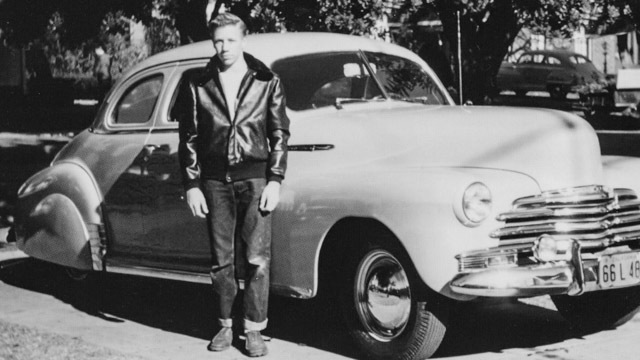 11. “Girl, Interrupted.” This 1976 interview with Lynn Boyer is from Sundance and it appeared onscreen just as you see it here, and what on earth was filmmaker Curt Mastalka thinking? You will not find a more dissonant clip on EOS, especially with that weird lullaby music on the soundtrack.

12. “Confessions of a Kookslams Reject,” five variations on a theme. I’d like to report that no surfers were harmed in the making of these videos, but I’d say there is zero chance the yellow-shirt guy in Kookslam Reject #2 was not deeply and irreparably harmed.

13. Renny Yater turned 89 last week. I wrote this in 2018: “A 1966 Yater spoon was the E-Type Jag of surf equipment. Renny’s boards deserve their own candle-lit gallery at the Surfing Heritage and Culture Center, with Bud Shank holographically playing flute in the corner. Having set the bar so high, I’ll make just one last point. Renny Yater surfed better than he shaped.” See if you agree.

14. Skaterdater has not yet made the Library of Congress National Film Registry, but is now included on a LOC webpage titled “Some Films Not Yet Named to the Registry,” so I guess that is progress? If you’ve never seen Skaterdater, lucky you, and get ready for the most enjoyable 17 minutes of your week. For the rest of us, once-a-year viewing is recommended. After watching, scroll down below the video and read the bittersweet interview with Skater cast member Bill McKaig. 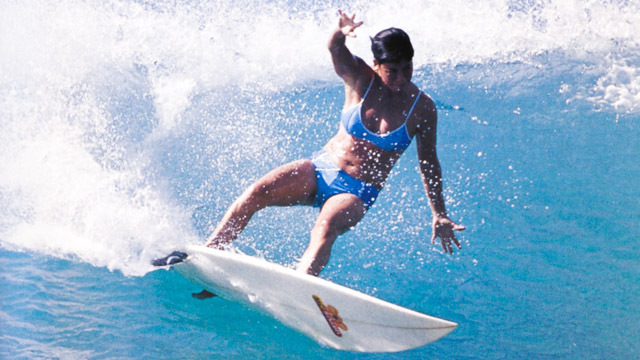 15. Here is the interview where Pauline Menczer introduced me to the phrase “ripped-on,” as in the opposite of “ripped-off.” The year was 1995, and Pauline was talking about Lisa Andersen, and while there was no love lost between the two, Pauline’s real complaint was with pro surfing itself, and the absurdity of Lisa’s boyfriend being head judge on the world tour. Actually, Pauline was sort of pissed off the whole interview, but she was also funny and easy to talk with and just a pleasure to be around. Zero pretense. Half shrugging off the entire pro surfing whirlygig, even as she was swinging away trying to bash parts of it down.

16. I don’t recall making this Maya Gabeira clip and have no idea how I stumbled onto the Chemical Brothers track, but it is a 90-second hit of adrenaline.

17. My Son the Surf Nut has been sitting atop the to-do pile for months now. Side One of this 1965 comedy LP is a series of surfer “Interviews on the Beach,” all of which are relentlessly unfunny. Side Two has six Munsters-quality rock-and-roll tunes, some of which are very funny indeed. Listen to Surf Nut in its entirety here. Better yet, just play “Some Gremmie Stole My Hair Bleach” and tell me that’s not the Wrecking Crew on the track, three-quarters in the bag but nonetheless giving this throwaway some professional-grade Gold Star Studio flair. 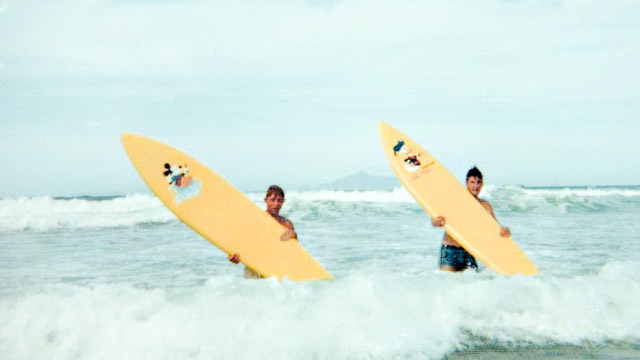 18. “New Zealand ’59: the Accidental Shortboard” is the type of EOS post I most enjoy making these days, as it is “small” (regular surfers, no big names, no glam surf breaks) but also connected to a bigger surf-history theme (in this case, the shortboard revolution). Spoiler alert: eight years before Bob McTavish shaped his first vee-bottom Plastic Machine, this group of DIY New Zealanders backed into a throwaway shortboard without even knowing it.

19. Here is Flippy Hoffman’s no-bullshit recollection of the North Shore during the 1950s, a period that we have romanticized the shit out of. Hoffman tells it straight. “Bob Simmons and me moved out there and we surfed, then we’d sit around and argue. That was it. Every day. Sometimes guys would come over from Makaha or Town and they’d surf, then leave. Me and Simmons would stay, surf and sit and argue.”

20. Wayne Lynch and I did this 2014 interview by email, and he was both generous with his time and affectionate toward the subject, which was Rolf Aurness. At the 1970 World Championships, the two teenage goofyfooters could have easily been rivals, or at least wary of each other. Instead, they just hung out, went surfing together before the contest, and got along great. When Rolf won, Wayne was stoked on his new friend’s behalf. After the post-event banquet (Wayne was dodging the draft and didn’t attend), Rolf stopped by his new friend’s shaping room, “and we spent about 45 minutes,” Wayne said, “just the two of us, looking at the boards I was working on, chatting about this and that. He never mentioned anything about the contest, and the fact he had just won the thing. Just came by to say goodbye and thanks.” That was the last time the two surfers ever spoke. “This might sound strange, but as he walked out into the night I felt some real concern for him. I don’t know what it was. Maybe that all the bullshit coming his way, the hype and the fame and all that, was going to be too brutal for someone as gentle as Rolf.” 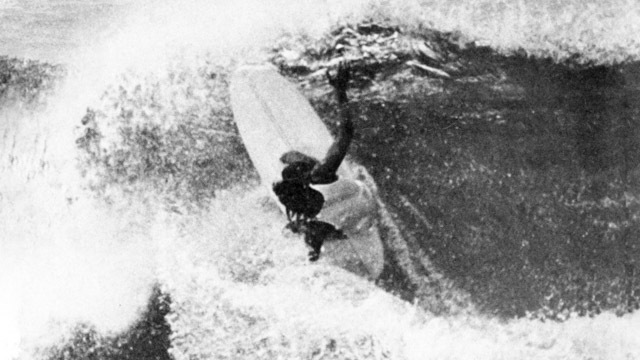