Other times I am moved by a need to tidy up the Sunday joint whiteboard.

Today we clear the whiteboard.

Start Surfing is a short 1980 how-to book by a British wetsuit maker and an Exeter post-grad student. It is among the best of its kind. The prose is clear and straightforward, with a dash of good humor; the chapters are well organized; the photos are excellent. But it was the visual-aid line drawings scattered throughout the book that caught my eye. At first I thought it was because the illustrations, compared to the rest of the book, are a bit crude and . . . I don’t know, non-British somehow. In many of the drawings the rider’s face is grim and off-putting in a way that seems weirdly counterproductive for an instructional book aimed at young surfers.

But there was also something vaguely familiar about the drawings, and all at once a memory from 1974 came flying in like a grappling hook, of me sitting alone on the living room couch after school with my mom’s too-easy-to-find paperback copy of The Joy of Sex open before me on the coffee table. There too, just like with Start Surfing, were line drawings that produced conflicting feelings—and in fact seemed all but designed to turn a young person away from the very thing he or she yearned to know more about. 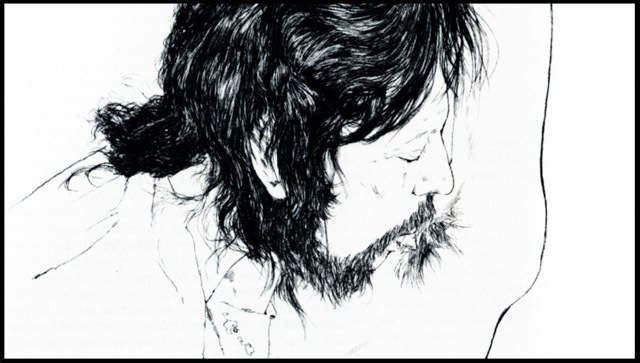 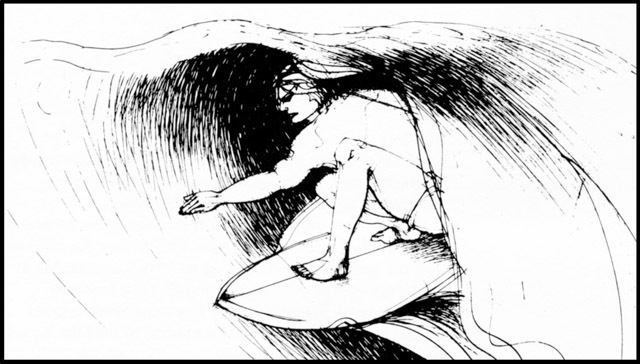 Pepe Lopes’ EOS page has been updated, and I was able to scrape together enough film to make this short video to go with it. Lopes, a sports-mad kid from Rio who brought home equestrian trophies before going all-in as a surfer, was the first Brazilian to win a WCT event, and in fact did so in 1976, midway through the world tour’s debut season. (Fourteen years would pass before Fabio Gouveia, in 1990, took another CT win for Brazil.) Because Brazilian surfing was at the time so dependably ignored by the American surf media, and because of the language difference, it has been difficult for me to get anything more than a rudimentary feel for Lopes, and his life and career. Fortunately, he is an easy person to respect and admire. Even as an adult Lopes looked like somebody’s grinning sweet-faced little brother—and from what I gather he was indeed the most-liked figure among Brazil’s first-wave of pro surfers—but Lopes was also a driven businessman and a straight-up adrenaline junkie. I knew that he died in 1991 while competing in a hang gliding event (ten years earlier Lopes had won the hang gliding world championship), but only recently learned that he crash-landed into a tree stump in 1984, lost his spleen and a kidney as a result, and was hospitalized for six weeks. Pipeline was a stroll down Copacabana boardwalk compared to hang gliding in the early days, and Lopes making the finals at the 1976 Pipe Masters as a teenager came as no surprise to anybody clued into the Brazilian surf scene during that fertile period—he had the chops and the courage, both. 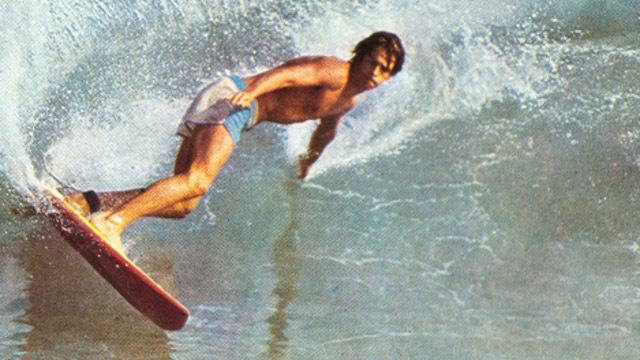 Great comedy is born from pain, and I think that’s why this syndicated 1959 Marge Calhoun feature, which ran in newspapers nationwide, knifed my funnybone. The headline varied a bit from paper to paper. “Champion Woman Surfboard Rider Says it’s a Great Weight Reducer,” was used by Minnesota’s St. Cloud Times, while the Mason City Globe-Gazette went with “Surfboard Ride Trims Pounds Off.” Either way, what we’re dealing with here is newly crowned Makaha International champion Marge Calhoun returning to the Mainland for her deserved moment in the spotlight, and the article’s big payoff is that, ladies, you can forget the cider vinegar diet and the Ayds Vitamin Candy, because you can now surf your way to a slimmer figure. Riding waves, the article says, “is great for reducing. Statuesque well-tanned Marge lost 15 pounds and 2 inches from her waist after a few months. Today 5-foot-8 Marge has no problem keeping her weight at 135 pounds.” 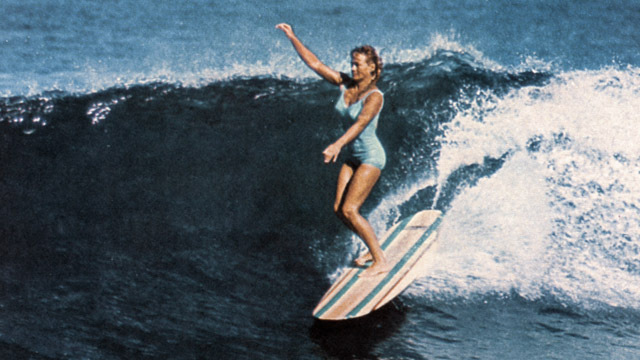 It goes without saying that no reporter ever asked cheeseburger-destroying Greg Noll how surfing improved his figure.

Lastly, and with a tip of the hat to our hirsute Joy of Sex man at the top of the page, did you catch Barton Lynch’s call-in during the WCT Margaret River Pro? By the beard of Zeus! That two-tone pelt covering the lower half of the ’88 champ’s always-cheerful face is the plushest thing this side of a Shih Tzu’s rump—and doesn’t Barton just know it, the man was fondling his jowls like Santa on an opioid bender. See for yourself! Then click here for a new clip of Barton smiling his way to a world title, as a reminder that while nice guys often do finish last, they also now and then go all the way to the top, and when it happens it is truly spirit-lifting. 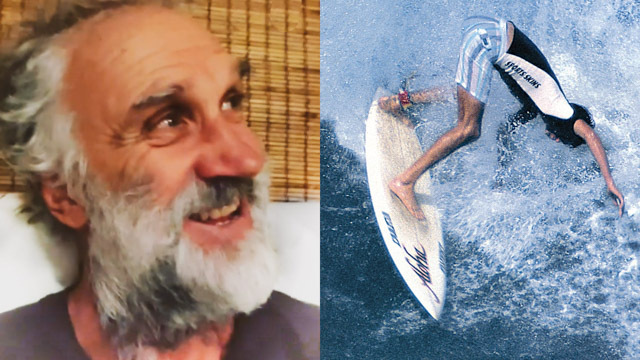