I’ve never met or talked with Rod Sumpter, the most uniquely decorated competitive surfer in history—during the 1960s he won national titles in Australia, America, Ireland, and Great Britain—and I understand there may be a Sumpter memoir in the works, so what you’re getting here is by no means the final word on a truly singular rider of waves.

Sumpter was born in England, then moved at a young age to Sydney, Australia, where he learned to surf. Three years later he was among the country’s best juniors, locking his pubescent schoolboy horns with the likes of Nat Young and Bobby Brown. Not long after moving to California, Sumpter won the junior division at the U.S. Championships. Two years later, now under the British flag (and atop his famous full-deck Union Jack board), he reached his competitive peak, taking 5th in the 1966 World Championships, in San Diego. By this time Sumpter was traveling constantly but more or less living in England, where he was embraced and celebrated as Rodney the Great—and indeed his influence on the nascent British surf scene was profound.

I’ve been interested in this toothy fellow (nicknamed Gopher; the front chompers were enormous) since I was a kid and came upon his totally charming article about riding the Severn Bore, but Sumpter has always, literally and figuratively, been a moving target. Researching him for EOS was difficult. We couldn’t track him down (he is very much still alive), and there wasn’t much source material. Eventually, my take on Sumpter was more or less that he surfed like Nat and scammed like Dora. By “like” I mean “in the style of,” not equal to—you can see the Young influence in this Sumpter clip, and also see the mile-wide gap between the two.

The Dora-Sumpter comparison is maybe closer to the mark, at least in terms of willingness to hustle and the ability to play a long game, except Dora took things to a felony level where Sumpter, as far as I know, did not. Read here to get Corky Carroll’s surprisingly affectionate essay on a few of what he calls Sumpter’s “best efforts.” I say “surprisingly affectionate” because Corky himself, who was Rod’s roommate for a short period in the mid-’60s, was the victim of a misdemeanor Sumpter rat-fucking. 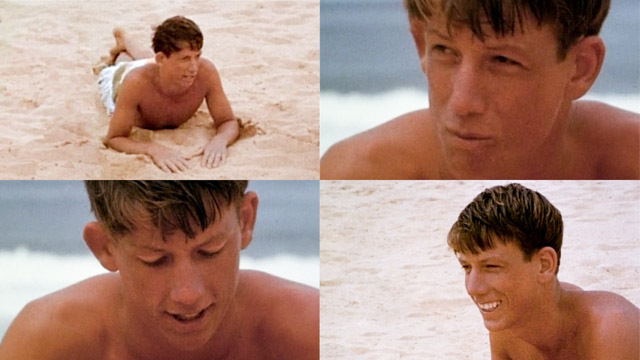 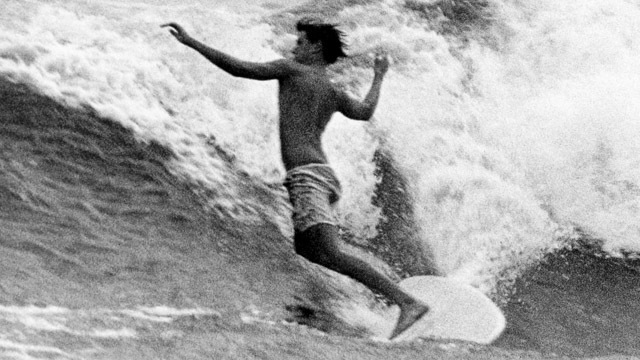 The best piece on Sumpter I’ve so far come across is from in a 1968 issue of the Sydney Morning Herald. Reporting on-site from an international surf event in Cornwall, England, Nicholas Evans wrote that there were three categories of surfer in attendance, including a loutish group of beer-guzzling Aussies, and the semi-hapless domestic competitors who were more or less in the background. “The third category consisted of Rodney Sumpter, an aloof, self-possessed 20-year-old who was a clear favorite to win the open title.” Sumpter had taken the event the previous year, Evans noted, but “nobody, it appeared, loved the champion.”

The twist is that Evans himself approves of all the reasons Sumpter is unloved. He dresses better than the other surfers, doesn’t carouse, and doesn’t buy into surfing’s “rather gooey mystique that is all tied up with the sun and the waves and freedom.” As a reformed carouser who still dresses in whatever happens to be at the top of the clothes pile, my kneejerk reaction here was to dismiss Evans and Sumpter both with a curt “Forsooth!”—except the Aussies described in the article sound like real assholes, which means Rod steering clear of the event site probably makes him not so much a bluenose as a grownup in training, and good for him.

Anyway, like I say, hopefully we’ll know more about Sumpter in the not-too-distant future. If and when the memoir comes out, I will report back.

No real harm done, in other words. Corky obviously still loves him.

PS: Apropos to nothing I’ve written here, except that it concerns Sumpter, I’ll add this quick story, which went out on the wire in 1964 and was picked up by newspapers across America:

“HONOLULU (UPI)—Australian Rodney Sumpter came in fourth in a six-mile surfboard paddling race. He demanded that all boards be weighed to make sure that they conformed to the 45-pound minimum. One board was found to be too light—Sumpter’s. He was disqualified.”