Apologies for dropping into your inbox unexpectedly, but since yesterday’s Stomp-themed Sunday Joint went out, the Fender Police are all over me for identifying Kathy “Queen of the Surf Guitar” Marshall’s guitar as a Strat when, in fact, as evidenced by the two shots I posted of Marshall, it is clearly a Jaguar. See photo above.

Jag all the way. As one of you politely, if maybe a little condescendingly, put it: “It’s like if you said somebody had a swallowtail under their arm when it was a roundpin.”

Sort of. I was misdirected by the late Eddie Bertrand, of Eddie and the Showmen, who once said:  “I asked Leo [Fender] if he would make me a black sunburst metalflake Strat. He built two actually. One was very classy, subtle flakes, really bitchin lookin’ guitar. The other one was way too pretty for me—a bit feminine. Kathy Marshall wound up with that one.”

So Marshall played both, Jag and Strat. The metalflake Strat is in the black-and-white pic below.

Now I’m not saying I didn’t blow it yesterday but . . . that was the first damn Joint I ever sent out that didn’t have a typo and look what happened. 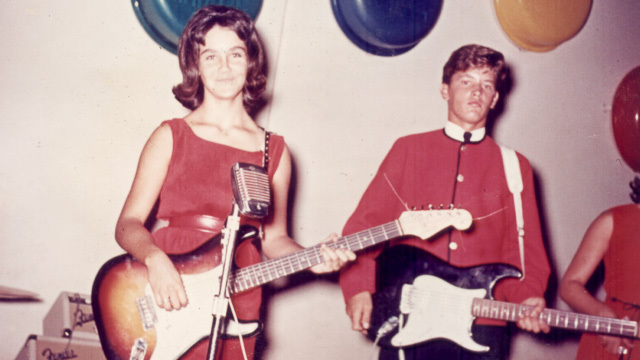 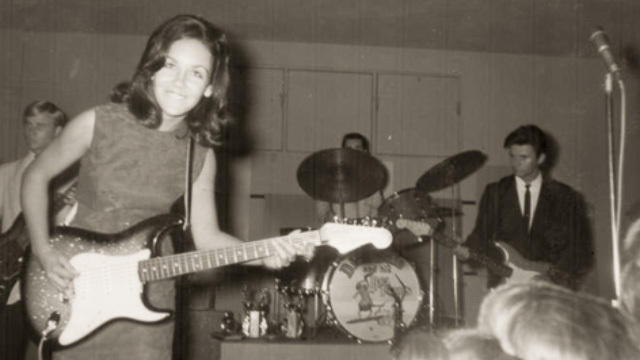 Thanks and see you next Sunday,