Spent the morning running my fingers through the Sunday Joint shake, flicking stems and seeds out the window into the cool Pacific Northwest spring breeze, and—yes indeed, we got enough here to spark one up.

Chris Baker of San Francisco recently called my attention to a river wave in Bude, North Cornwall. If you like your novelty surf mixed with Old World charm, hurly-burly storm weather, and maximum jackass-adjacent daredevilry, click here, here, and here.

Low-hanging comedic fruit awaits, and let all of us together suggest that the woeful and rudderless World Surf League take advantage of this golden Bude-born opportunity. My back-of-the-napkin pitch is: The Del Monte Python Pro. One heat, 36 men, 18 women, starting at the Brendon Arms lounge. When the barman’s bell rings, everyone sculls a pint of Newcastle Brown, grabs their board, sprints for the riverbank, and first person to make land at Castle Bude, just downriver and around the bend, wins. As a warmup act, WSL boss Erik Logan will encore that legless Eddie Murphy tube stance he debuted at Surf Ranch a couple of weeks ago (watch here) and thread the dreaded middle chamber of the Bude footbridge. What a flex that would be!

Moving on. Photographer Dana Edmunds, after submerging himself in a warm river of Bobby Owens material a few weeks back, shot me this remembrance:

Bobby came over to Maui in 1976, along with Mark Richards, Mark Warren, and Bernie Baker. We’d just started riding an undiscovered (as far as we knew) spot called Paradise. It was the place to go during a big north swell and “everywhere else is blown out” north winds. I shot alongside Bernie that day; he scored a SURFER cover shot of Mark Warren. I got some great stuff too, including the one I’ve attached. Because it was a long paddle around a very isolated point, Bobby wisely brought lunch, which he duct-taped to the nose of his board. 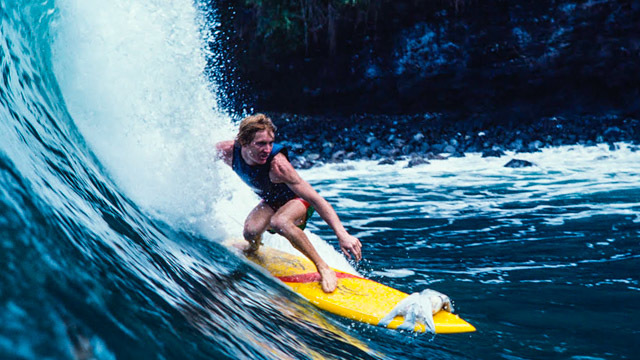 If you were Dana, would you have stretched a bit and said that Bobby, instead of merely bringing lunch, had in fact brought a freshly-plucked game hen, which he later spit-roasted with capers and tarragon for post-surf grinds? Yeah, me too. When I retell the story in a few years’ time, I’ll do Bobby a favor and go with the chicken.

Hal Forsen, who I believe is from San Clemente, in reply to my brief salute to the Isley Brothers a few weeks ago, sent a link to the Isley’s 1963 single “Surf and Shout,” which I’d never heard. (The absolutely nuts “Twist and Shout” origin story includes Phil Spector and flying furniture; read here.) I do know that the surf-pop bandwagon in the early 1960s was filled with many unexpected fellow travelers, and while most of the mainstream-artist tracks are shameless in their trend-jumping, some are also a lot of fun, and the Bo Diddley cut below is absolutely hot to the touch. 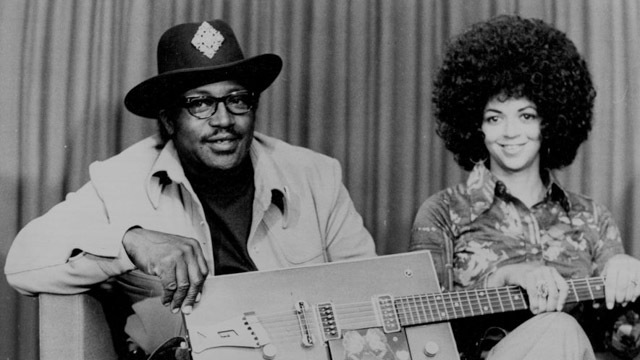