I’d never heard of Moroccan-born Ahmed Erraji before last week, but he’s been floating like a seal on the edges of surf media for the past five or so years. Erraji wrote to the Inertia in 2016, introducing himself as an “XXL bodysurfer” now living in the Canary Islands, who had recently been tackling 50-footers “with only my bare chest,” and was now bound for Portugal to ride the “megaswells in Nazaré.” Which he did, kinda. In 2017, Erraji rebranded himself as “Hijo del Mar” (Son of the Sea) and turned the drama-speak up a notch or two. “Have you heard of the saying ‘Fear Kills’? Fear tells you: ‘If you’re going to bodysurf that wave, you’ll never come back,’ but with time I learned that on the other side of your biggest fears are the best things of your life.” On his Instagram, Erraji called the lineup a “magnetic war zone” and compared dropping into a big wave to “the suspension of time—like taffy across a violent blue universe.”

Last month Erraji posted a tightly-edited YouTube clip of himself wiping out somewhere in the Canaries. He gets swept shoreward, pushed into a cave, and is trapped for over two hours before the tide drops and he is literally ejected back to open ocean and safety. Erraji’s GoPro survived the tumult and allowed him to film the ordeal from inside the cave, and the money shot is a selfie of his zinc-covered worried-but-not-panicked face as a wave rushes into his rock-ceilinged crevasse and turns the screen black. Too black, maybe? Watch the clip here. 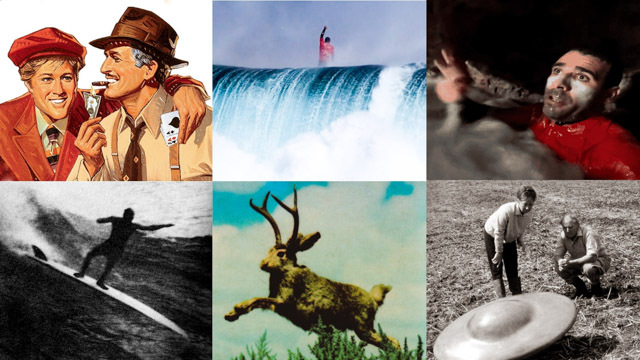 I’m 96% sure the whole episode is bullshit, and the number goes up each time I watch. Surf-world opinion is divided. Tracks thinks the clip is legit. BeachGrit readers do not, for reasons listed in the comments section here. (It may not be the biggest tell—nobody else brought it up—but watch for a split-second shot at 3:23 of Erraji supposedly riding a backwash off the cliff and erupting missile-like from the far side of the next wave.)

I’ve given some thought to the difference and confluences, in a surf-world context, between the prank, the scam, and the hoax. 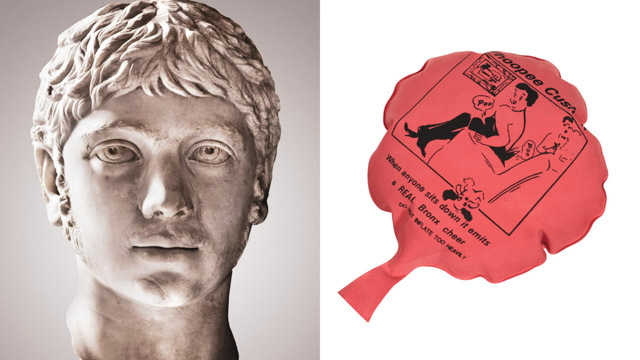 The hoax is half-brother to the prank, with the humor dialed way back. Sometimes the humor is absent completely, as when Tracks magazine Photoshopped 15 extra feet of Teahupoo lip onto Laird Hamilton’s already grossly huge Millennium Wave. Great hoaxes age well, and my favorite will always be “A Surfer’s Nightmare,” in which Doc Ball not only superimposed a shot of “Nellie Bly” Brignell in full crucifixion stance atop a photo of a massive pre-WWII Long Beach storm wave, but sold it to Look magazine—and yes, I suppose that means that Ball himself, while deeply religious, wasn’t above a bit of lightweight scamming, and good for him. “This picture has caused more controversy than any other I possess,” Ball later said, and I for one detect a hint of pride in his voice. 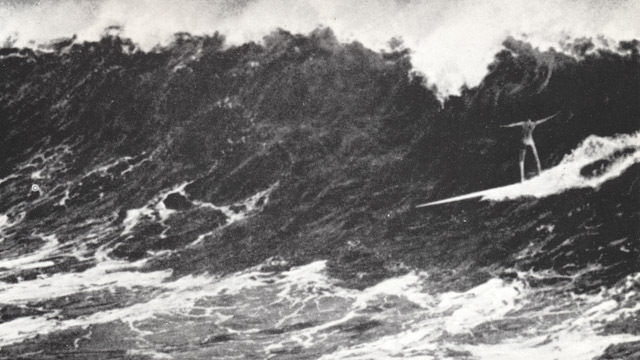 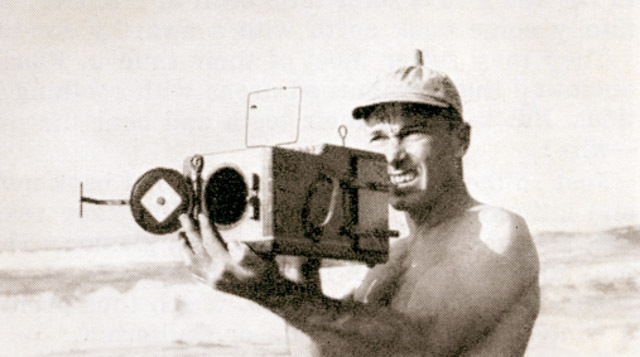 The scam by nature is not fun—unless you are Paul Newman or Robert Redford, in which case it is very fun indeed. The scam is conceived and deployed to enrich the scammer. Scientifically defined, the scam is three-quarters of whatever Miki Dora did when he wasn’t riding waves. (Dora of course dabbled elsewhere, and it might be said that he pulled off a scam-prank-hoax trifecta with his 1974 “Winner Take All” competition scheme.)

While I appreciate our flimflamming pioneers, I also cheer those who push forward, and this brings us to a final point. Apart from working in a different medium, has Ahmed Erraji brought anything new to the game? Yes. He previewed the hoax. He called his shot. Scroll Erraji’s Instagram, and look for the April 7, 2021, post. There it is, all teed up in the caption.

“Find what you love and let it kill you.”