My default setting with 1968 world champion and former Hawaii state senator Fred Hemmings is to admire his determination and grit (beat polio as a kid, for starters), respect his service on behalf of pro surfing (founded the Pipeline Masters, the Triple Crown, and the IPS tour), and gratitude for his being such a perfectly upsidedown rebel—the lone high-profile conservative during surfing’s purple-hazed Nixon era; the tie-wearing “IBM salesman,” as Hemmings himself put it, “at a Cheech and Chong convention.”

But the glow fades whenever I dig into the archives. Reading the interviews and articles, my generalized idea of Fred gets pushed around by the specifics of Fred, and the effect is unbalancing. I am a Cheech and Chong-loving Democrat, for starters, so far to the left that I refuse to use the right-turn signal while driving. But really it comes down to Hemmings being—hard to like, let’s say. Abrasive. Mostly to us snowflake libs, yes, but he could spread it around. In a 1964 Honolulu Advertiser piece, for example—which first puts us squarely in Fred’s camp by recalling his two-month hospital stay for pneumonia (three of his siblings also caught it; his sister nearly died)—the teenaged surfing champion and star Punahou School football player unloads on “the longhaired, foul-mouthed, bad-breathed beach bums” who he believes are ruining the sport.

Give a kid a break, he’s just 18, right? Except Fred’s been talking like that his whole life. In a 1969 article titled “Pro Surfing is White!”, Hemmings mentions a pair of big-wave surfers whose drug use led to mental breakdowns. One is “living like an animal in a tree,” he says, while the other has a “brain like a dried prune.” In the middle of an otherwise easygoing 1994 interview I did with Hemmings about the creation of the Pipeline Masters, he told me the whole point of the event was to present surfing to “the average schmuck watching TV in middle America.” 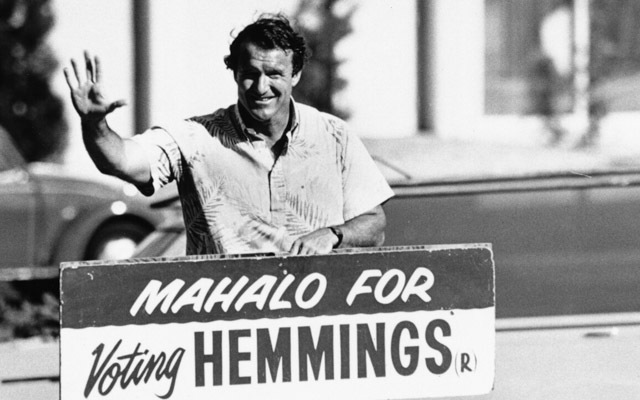 “Dead-Ahead Fred” was Hemmings’ nickname during his wheeling-dealing mental-smoking 1970s, and in some respect it’s as if he never moved past his football days, when the idea was to knock the other guy on his ass. Even if the other guy was some sad acid casualty.

And when Hemming’s wasn’t properly celebrated for said ass-knocking, he played victim; something he’s been doing for 50-plus years, ever since SURFER magazine, around the time Hemmings won his world title, threw in with the longhairs. “I was never a darling of surfing,” he told Derek Rielly in 2017. Except he was possibly the single biggest surf media darling of the mid-’60s, especially in SURFER, who fluffed him with articles like “Hemmings: Next Winner at Makaha?” and “Hemmings is Hot!” 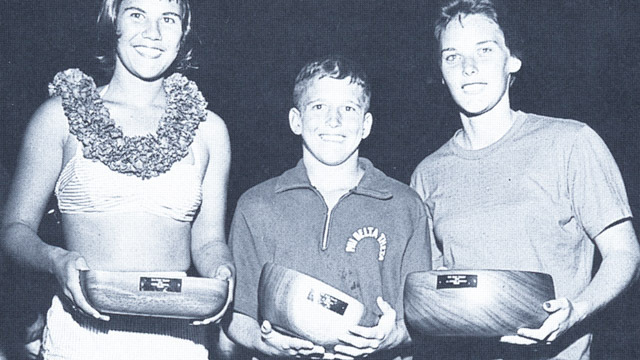 Occasionally the steamroller style works. “I’ll stack my competitive record against anyone,” Hemmings told Rielly. “Anyone. You take all the big names, [and] I beat ’em. I beat ’em in Puerto Rico. And I beat ’em in Makaha.” It’s long been said that Hemmings kinda fluked his way to that ’68 world title, but in fact he surfed to the judges’ criteria—rode bigger waves than his competitors and covered more distance—and his tie-breaker win over Midget Farrelly in the finals was on the square. Makaha, though, as Hemmings notes, is where he really dominated. As a juniors division surfer, Fred had two Makaha wins (and a 3rd place finish, in ’58, at age 12). During his five years as a men’s division competitor at Makaha, starting in 1964, Hemmings placed 1st, 2nd, 1st, 2nd, 2nd, 2nd. George Downing had more wins, but Hemmings was more consistent, and all those Makaha battles between the two morphed into a political feud that lasted until Downing’s death—but that’s a story for another time. Furthermore, right up until the moment when Jeff Hakman hit puberty and reset the standard, Hemmings was elbow to elbow with Rick Grigg and Butch Van Artsdalen at Sunset Beach, back when Sunset was the Madison Square Garden of big-wave performance surfing. Watch here. 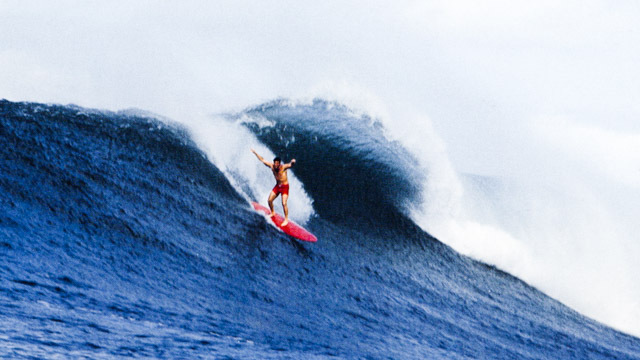 But if my feel-good take on Hemmings gets pummeled every time I give him a close reading, if I read long enough things quiet down in my head and he just begins to shrink. Not the achievements. But Fred himself. The bluster and disdain and grinning jock-swagger are all reductive. In the 2006 movie Stylemasters, which was shot in the 1970s and early ’80s, filmmaker Spyder Wills is shown in conversation with Hemmings during an early-morning surf check at Pipeline. Wills is holding a glassful of something, which he extends to Hemmings.

Here, Fred, you want to help me with this?

Nope, no way. Long since [done] with that stuff.

What do you mean? It’s Añejo, Bacardi, and Hawaiian Punch; it’s a really nice drink.

Contemporary liberal drinks—back when Butchie and I were drinking, it was Gatorade and vodka. You drink 10 and go out and look for a fight, and if you couldn’t find anyone to fight with, you fight yourself. 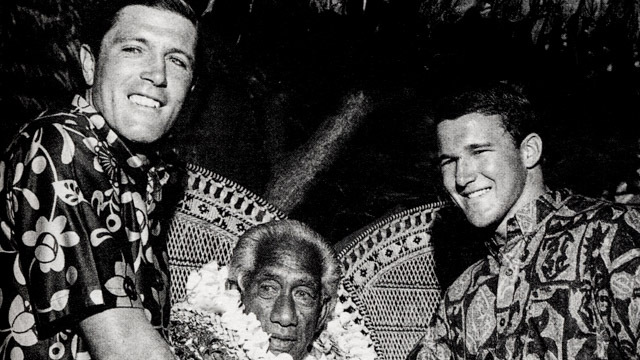 “Butchie,” of course, is fellow Duke Kahanamoku Surf Team member Butch Van Artsdalen, and Fred’s best friend, who had died a year or two earlier, at age 38, from alcohol-related liver failure. This weird little exchange above, to my ears, is funny, insulting, and grasping, with laughter muffling the sound of a small-bore foot-shooting.

Very Hemmings, in other words.