I don’t know if Australian Surfing Hall of Fame photographer-kneeboarder-whirling dervish Peter Crawford really was a genius, as his aging but enthusiastic supporters claim, but he for sure had a formidable talent for head-fuckery. Which was annoying as hell to anyone on the receiving end of a Crawford verbal barrage of jabs, japes, cackles, and non-sequiturs. I met Peter in Hawaii in December 1985, during my first year working for SURFER, when the staff was billeted at the Log Cabin house. Editor Paul Holmes, grinning, hung up the phone late one afternoon and said “Here we go, boys, Peter’s on his way over.” An hour later Crawford pogoed into the living room, introductions were made, and I guess because I was the new kid on staff he came at me like a fully opened Swiss Army knife, darting to and fro, arms waving, eyebrows wagging, chummy then agog then conspiratorial, all of it punctuated with his famous barking laugh—and then, then, weirdest of all, he’d suddenly drop the facade, and listen and speak in a state of total calm. For maybe 30 seconds. Then the mania would again burst forth, and after two or three rounds I quietly retired to my room and offered my nightly North Shore prayer to a God I didn’t believe in that the surf the next day would be six-foot or smaller. 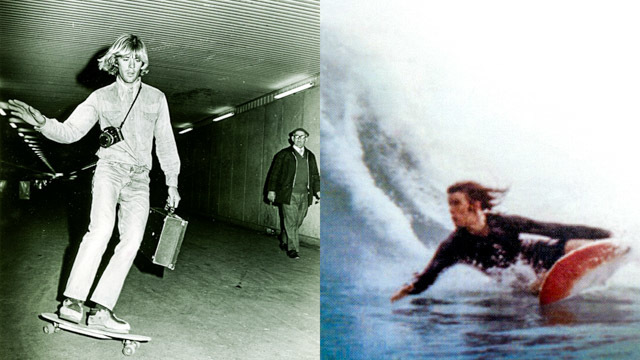 Anyway, if you’re not Australian, you likely remember Crawford as an A-list surf photographer from the Peterson-Bartholomew-Horan age of professional surfing. If you are Australian, you remember Crawford as a photographer, yes, but perhaps even more so as a wildly entertaining and progressive wave-rider. On his blunt-nosed “slab” kneeboard, with its well-named Donkey Dick fin shoved nearly to the board’s midpoint,  Crawford rode fast and deep, forward, back, over, under, and sideways. Where George Greenough left off, Peter Crawford picked up. And like Greenough, he was five years ahead of the best stand-up surfers of the day. Or seven years. Or more. The carving 360 Kelly Slater introduced around 1990—Crawford was doing it in 1970. 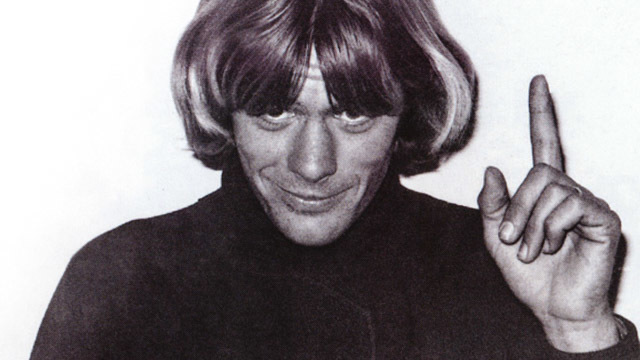 Crawford died under slightly mysterious circumstances in Bali, in 1999. Snake bite, spider bite, voodoo, overdose, raptured, take your pick. He was only 48. I was never much put out that Crawford messed with me that night at Log Cabins. It was a badge of honor, really, like getting screamed at by Nat Young or stood up by Tom Curren. Crawford was a misfit, an incurable, and surfing properly and righteously gives people like him a chance to shine. I’m stoked to have Peter’s photos on EOS and committed to telling people just how transformative a surfer he was. He more than earned his place in the Hall of Fame. That said, when they unveil the Peter Crawford hologram, I’m gonna walk on by and visit the Bobby Brown room instead, thank you very much. 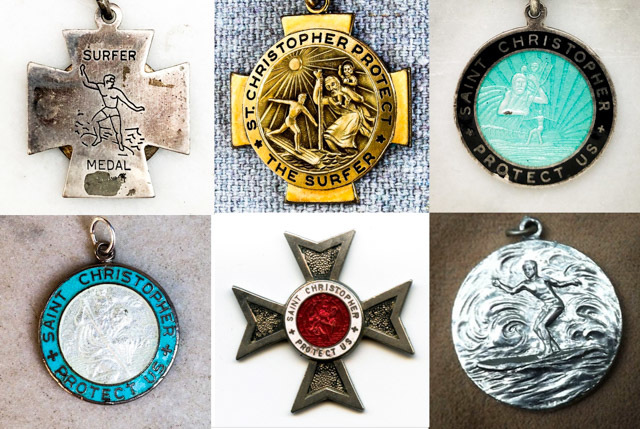 Meanwhile, if the Hall of Fame has a spare exhibit hall, I’d love to see a permanent gallery of surf kitsch, with a glassed-in cabinet front and center featuring a display of surf-themed St. Christopher medallions, which were quite the rage in America during the 1960s. According to the Catholic Saints All-Star Stats and Metrics handbook, our man Christopher was a friendly giant who kept VALs and kooks and such from drowning. Starting around 1962, the surf-themed St. Christopher medal, in various styles (most of them featuring the solemn “Protect Us” incantation), began trending. You’d wear a St. Christopher medallion on a chain around your neck, or give one to your best girl—the surfer version of the pledge pin. I have no evidence that genuine salty-haired knobby-kneed surfers did any of this. But for a few years, these metal trinkets sold by the tens of thousands, and I’m looking here at a tiny ad in a 1967 issue of Surfing Illustrated, showing a robed and bearded Christopher with a happy infant on his shoulder, overlooking a surfer in bun-hugger trunks skimming across flat water, looking very satisfied indeed with his level of protection.

Two more things about St. Christopher, both of which suggest that, forget the snide remarks above, he is very much the patron we deserve. First, as a young man, he played on Team Satan, and who among us hasn’t flirted with the dark side, even if it just meant telling weak-ass lies to cover up an extra couple hours in the water? Second, in 1969 the church bumped Chris off the saint’s calendar for not being “real” enough—and again, do we not all of us struggle with authenticity? Do we not kid ourselves about the meaning and depth of our surfing madness? Case in point: Slater and Machado believed that, because they surf well, they could also make a hit record. The music biz St. Christophered the shit out that one.

Finally, St. Christopher’s real name was “Reporbus,” which I read as “Reprobate,” and some say he had the head of a dog, and you 1970s surf fans might already know where this is going.

Who do we call to beatify Rory Russell as the patron saint of surfers?

P.S.: Special thanks to Aviva Rosenthal for her saintly help on this week’s Joint. Rory Russell photos by Art Brewer.