The self-justifying shit we’ve said and done over the years to make surfing grander than it is, am I right? All the energy we’ve spent pulling our beautiful blue sport this way and that, stretching and tugging till we can rub it against the hem of religion or the Olympics or all manner of personal affirmation. I’m not entirely against this. (Mostly I am. Blame atheism and Steve Pezman.) But as a rule, I side with Barton Lynch, who said that being a surfer only means “you’ve found another way to make yourself feel good.” And while my fingers twitch in anticipation of tearing off Miki Dora’s surf icon epaulets for being the racist antisemite he is (or was), the old Malibu Magyar was right when he said that surfing is a “colossal waste of time”—but that the time is at least wasted in a “graceful manner.” 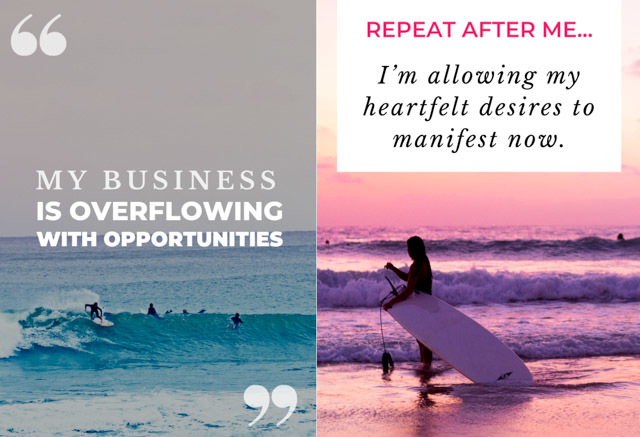 “But hang on, Warshaw,” you say with a wagging finger. “You’ve crammed three-million words on surfing into an encyclopedia! Self-justify much, you hypocrite?”

“WRONG!” I reply, like Trump tweet-flaming the very handsome and popular Doc Fauci. “I am still way under a million words!”

Then I drop my head in shame because, yes, I’ve been caught, this website is indeed my attempt to pull surfing into the big tent of history, the way others pull it into religion, the Olympics, and etc.

Then I raise my head back up in defiance because what I’m trying to do here is prove that surfing does not have to link up with religion or the IOC; that it is fully and perfectly self-contained; that, yes, it is commodious enough to hold your view of God or your Olympic dreams, but, no, it is not dependent on those things to give it heft and weight and worth. Surfing is an independent wonder. It always has been. I can close my eyes and find an example of surf-world uniqueness by jabbing a finger anywhere on our timeline—which this past week was the 18th century and all those the short but astonished journal entries from all those brave pox-ridden Jack Tars who sailed into Tahiti and Hawaii with Captain Cook and William Bligh. Here’s a page to get things started. The syntax is a little jarring, I know. You gotta slow your eyes down and relax into that Old World feather-pen cadence. But keep going. Click on this page, or this one; the entries are short, and if you let it happen they will cast a mild spell. 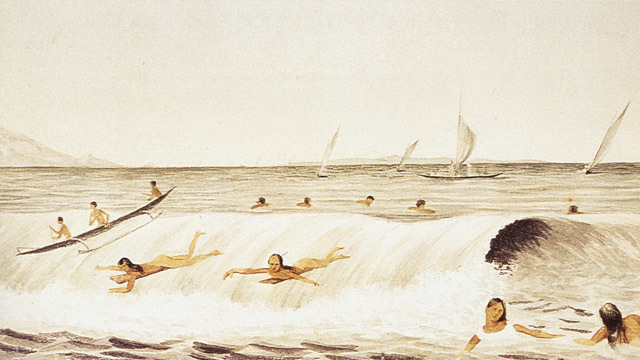 What comes through in these musty but still-living lines of prose, and why I hold them so dear, is not just how exciting the sport is to people who are seeing it for the first time (the “amazing rapidity” and “incredible swiftness” of the ride), but how wholly unexpected it is. Consider the sailor’s POV. His seafaring career is literally and with infinite caution spent steering clear of breaking waves. And yet this is where he finds the locals at play. It would have been more amazing had the Hawaiians jumped off a cliff and taken flight, but not by much. In fact, as one sailor wrote, the surfing natives “seem to fly on the water.”

Anyway, to bring this home, and to paraphrase John Lennon: I’m not saying surfing is better or greater than Jesus or the Olympics or what have you. I’m saying that uniqueness is our strength. We don’t need to be coupled up. Surfing does fine on its own. More than fine. 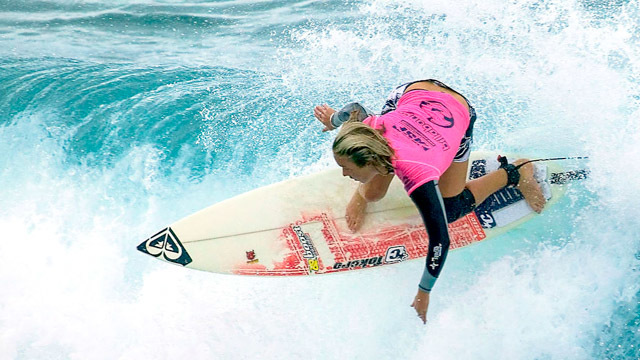 And speaking of things with a high but slightly unknowable level of fineness, here is a video I just made of 2005 WCT winner Chelsea Georgeson-Hedges, who is tied with Sharron Weber as the sport’s most-forgotten champ, and holding strong at #3 on my all-time Female Surf Stylist Power Rankings, behind Steph Gilmore and Joey Hamasaki. Chelsea is Rob Machado without the icky dreads and all the posing.