Jack Murphy, the handsome surfer-playboy jewel thief—that’s what Nora Ephron would have you think, anyway—died last week at age 83, from heart failure. Murphy was born in L.A. but belongs to Florida. That’s where he made his mark as a surfer, winning the ’62 Daytona Championships and briefly running Murf’s Surf Shop in Indialantic. And that’s where he began thieving professionally, as a B&E creeper in Miami Beach, stealing high-end art from rich people’s beach homes and selling the pieces back to their insurance companies. In 1964, Murphy and two accomplices broke into the American Museum of Natural History in New York and stole the Star of India sapphire, plus a big handful of other precious gems, and “Jewel Heist of the Century” stories ran coast to coast. Three days later they were caught, and Murphy served 21 months in Rikers.

My resentment against Jack Murphy began with the fact that his perfect “Murf the Surf” nickname sounded too much like “Murphy,” and I don’t want anybody or anything stepping that close to Rick Griffin’s sweet-faced cartoon grom, who represents all of our surfing innocence. (In 2013 I described Murphy as the Hello Kitty of surf culture, meaning he was sweet, popular, and beloved, and I stand by that call.) 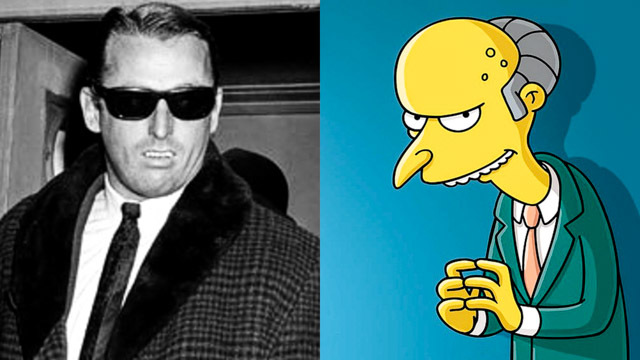 What really put me off Jack Murphy, though, was looking deeper into his criminal history while writing Encyclopedia of Surfing in 2000. Murphy, it turns out, was very much not the debonair gentleman thief as played by Don Stroud in Live a Little, Steal a Lot. He was a stone-cold killer who in 1967 took a pair of female crime accomplices out for a boat ride, beat them to death, knifed opened their torsos, tied them to concrete blocks, and threw them overboard. The East Coast Surfing Hall of Fame elected Murphy on their first ballot, in 1996, noting his competition wins and his surf shop. The open-and-shut double-murder conviction somehow went unmentioned. 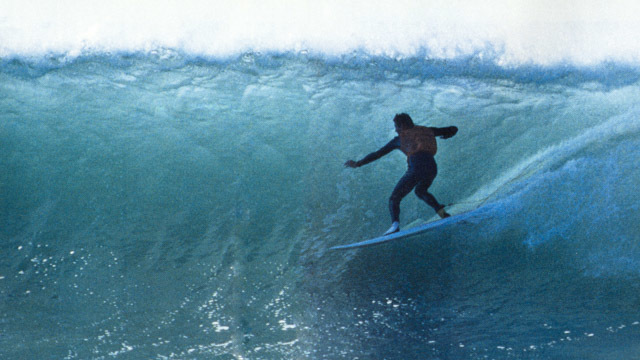 Forgive me for not remembering your name, but one of you guys recently asked that I post the entire 1984 Country Feeling Classic, the often-mentioned but rarely seen Jeffreys Bay CT event that gave Mark Occhilupo his first big league win. I don’t have the whole thing, but here is 11.5 minutes’ worth. I’ll be interested to hear what you guys think. My thoughts are very much in keeping with the idea that J-Bay is easy to surf, but hard to surf well. I won’t bias your viewing with any further comment, except to say that while Occy very much looks like the standout, and deserved the win, Shaun Tomson is a cut above too, and his 5th place showing (he lost to Michael Ho in the quarterfinals), at a break that he knows like the back of his beautifully-manicured hand, probably cost him the 1984 world title. Derek Hynd covered the Country Feeling Classic for SURFER, and you can read his report here. Derek also got 5th in the event, and that’s our Cyclopean scribe, above, bulleting through the Impossibles section. 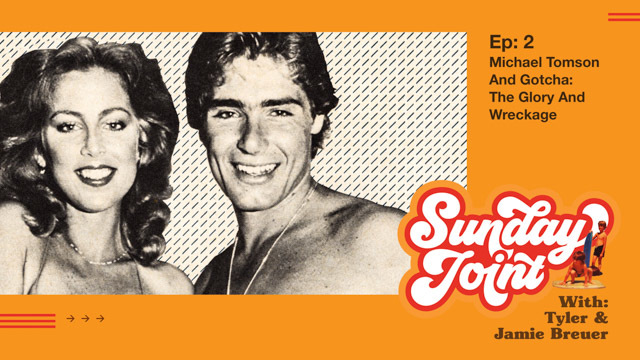 Episode 2 of the Sunday Joint podcast just went up. You’ll recall a Joint I did a few weeks back about Gotcha founder Michael Tomson—in the pod, Tyler and Jamie Breuer swing from one end of MT’s towering legacy to the other. The brothers treat him with due respect but don’t pull any punches, and if there is a laugh to be found along the way, they will stop and pick it up. Find the Sunday Joint podcast on iTunes, Apple Podcasts, and Spotify.