Ben Aipa, boardmaker and power surfer for the ages, died last week from a long list of ailments including diabetes, heart issues, and dementia. He was 78. Derek Rielly and I emailed back and forth about Ben yesterday, and the first thing I wrote was: “Ben didn’t start surfing until he was 21 or 22. Every time I think of him, that’s what comes to mind first. I don’t know of any big-name surfer who began that late in the game, and the determination it took for him to get so good, so fast—I think that stayed with him the rest of his life. And I’m guessing that part of why he was always pushing on to the next thing in surfing had to do with him never forgetting what it felt like to be so far behind.” 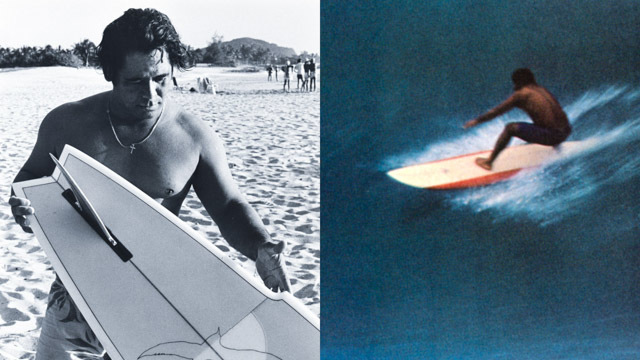 Derek asked me a question about Ben’s contemporaries, which threw me for a moment. Aipa didn’t fit neatly into a particular time or era. Or rather, he fits into a few periods. In 1966, Ben and Eddie Aikau were presented as the hot new young guys from Hawaii (even though Ben was already 24 and married); a decade later he was the high-performance Bertlemann-adjacent design guru who gave us the swallowtail and the sting; a decade after that he was a leader in the longboard resurgence; a decade after that he was coach and mentor to some of the best young Hawaiian world tour pros, including Sunny Garcia. “I don’t know exactly what era Ben belongs to,” I wrote to Derek. “To me, he always seemed kind of removed from it all, not part of any group or period. Ben was a one-man era.” 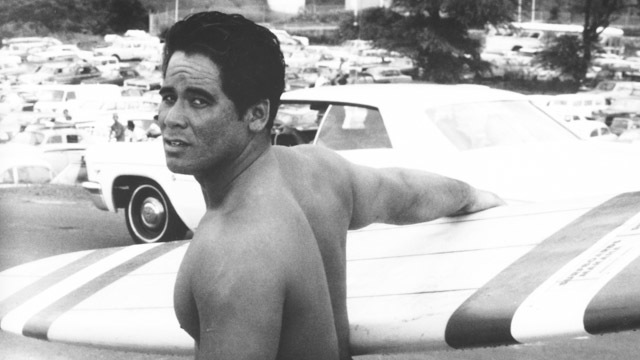 By “removed from it all,” I meant that Ben was in many respects a fortress unto himself. In public, anyway, his default mode was quiet and immovable and slightly menacing. Watch here, as Aipa emerges from the crowd to pick up his prize money at the 1971 Smirnoff contest—if you weren’t friend or family, that’s what you got, even if you were handing him a check. To quote Gerry Lopez, “When you see Ben coming, don’t think, just get out of the way.” Part of that, I’m guessing (again) came from Ben being uncomfortable or resentful, or both, of the haole-dominated industry (and culture at large) around him, and part of it came from wanting to put space around himself in order to 1) work, and 2) get more waves. Lopez, a person who knows a thing or two about loading up on waves, said this: “Ben Aipa is the new Hawaiian surfer assuming the pole position, as did the Duke and Rabbit Kekai in their time, [and] is deserving of any wave he wants.” I respect the hustle. Surfing, by and large, is not an egalitarian pursuit. I’d stare holes through people too if it meant doubling my wave count. 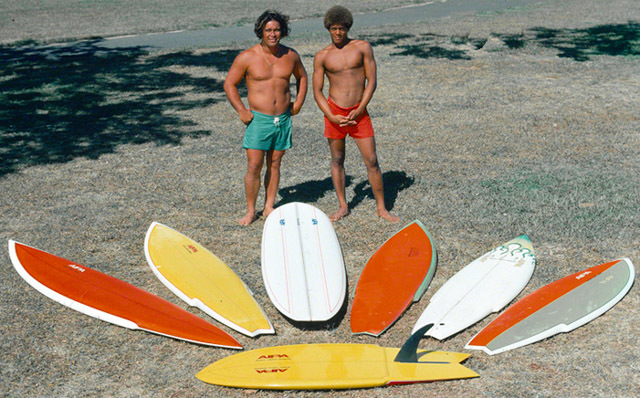 Aipa’s design work, on the other hand, was endlessly and prodigiously generous. The swallowtail, the sting, the lightweight modern longboard, all manner of craft made for bigger, heavier surfers—nobody in surf history did more to bump up our performance levels, and I mean from one end of surfing’s demography to the other: old and young, amateur and pro, shredder and cruiser. Ben Aipa looked like a hitman but brought more joy than Santa Claus, and he deserved every wave that came his way.