I’m halfway through Demon Copperhead, which has me walking around the neighborhood in a contemplative reverie trying to imagine the sheer depth of Barbara Kingsolver’s magic writing bag to be able to take a story this relentlessly grim—poor kid growing up in 1990s Appalachia with its royal flush of pathologies including drugs, abuse, prison, neglect; there is no human cruelty that does not flourish on these pages—and present it with such incredible warmth and humor. Demon, our narrator, is beat down on the regular but undefeated, and even manages to hold on to a dream of someday getting to the coast.

I always had a thing for the ocean. Usually kids will get fixated on naming every make and model of dinosaur or what have you. With me it was whales and sharks. Even now I think more than normal about water, floating in it, just the color blue itself and how for the fish, that blue is the whole deal. Air and noise and people and our all-important hectic nonsense, a minor irritant if even that. I’ve not seen the real thing, just pictures, and this hypnotizing screen-saver of waves spilling over on a library computer. So what do I know about ocean, still yet to stand on its sandy beard and look it in the eye? Still waiting to meet the one big thing I know is not going to swallow me alive.

I’m guessing that, by the end of the book, Demon will indeed find himself atop that sandy beard, and I am further hoping that, like the rest of us, he will be compelled to run into the spilling waves, smiling and thrilled. 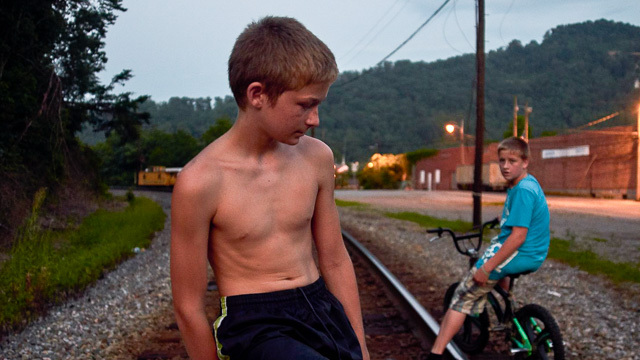 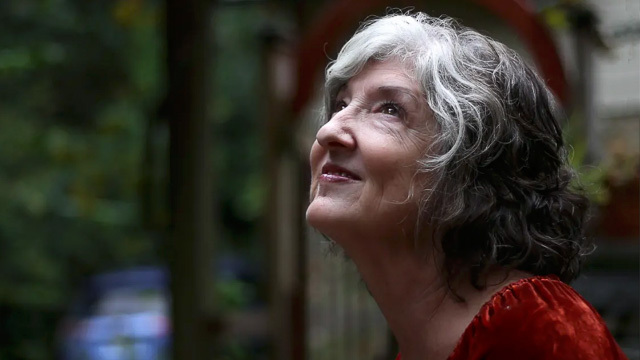 Here’s something I learned from Demon Copperhead. The term “redneck,” which I thought originated from white farm workers getting sunburned while in the field, actually has a much bigger and better origin story, having to do with Harding-era unions and coal miners and anti-commie propaganda—and, more to our point, the act of wearing a red bandana around your neck to signify union membership and that you were ready to stand with your local, shut the mine down if necessary, and give fist-swinging what-for to any union-busting scabs, maybe while humming this little ditty, which is a real song, not something I just made up:

Red Necks, keep them scabs away
Red Necks, fight them every day
Now any time you see a scab passing by
Don’t hesitate—blacken both his eyes

Bringing us smartly, with maybe just a little whiplash, to the sharp white-on-red nylon trunks you see jammed into the back pocket of the skater in this video. Lifelong New York surfer and man-about-town Tyler Breuer sent me a few reels of recently digitized Super-8 film shot by his father in 1966, in Queens (that’s Mr. Breuer’s first-ever attempt on a skateboard in the opening shots), and I gladly pieced the clip together and with every viewing my eye went straight to those trunks—because they are undeniably good-looking, yes, but also because I think the trunks are thus worn, like the red bandana, as a message to others. Granted, we have moved the conversation way way over on the other side of the cultural-import scale. Red bandana? This means I will lay down my life in defense of workers’ rights and a more just society for all. Red surf trunks? I surf and you don’t, hahaha! Even so, the further I am removed from a time when it felt necessary to broadcast, in whatever way possible, the fact of my surfing identity, the more such things pull at my interest. It is the most tenuous of threads, but that flash of red cloth connects the miner and the surfer. 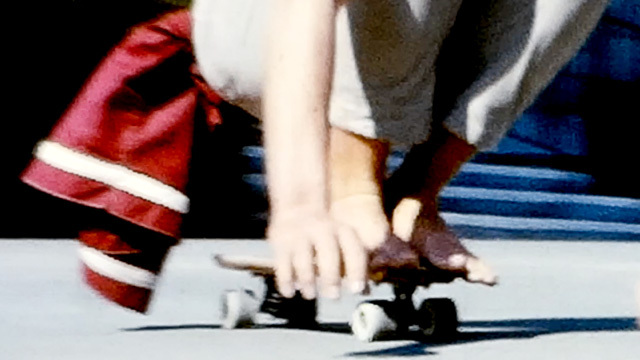 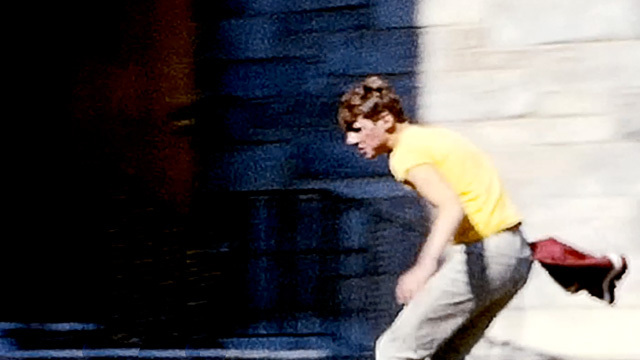 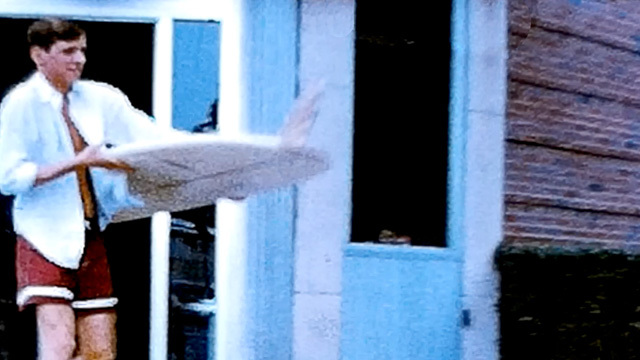 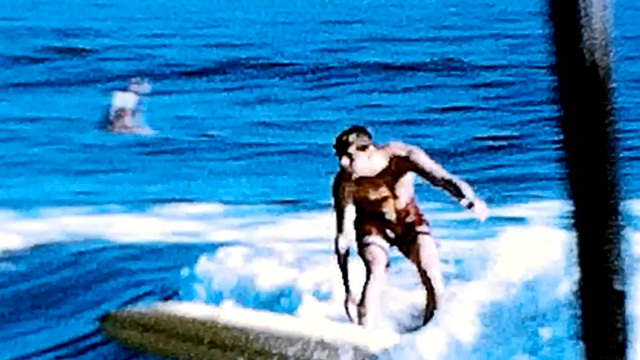 And hold on, who am I kidding, I’m still putting it out there! No trunks in my back pocket today (it’s 34 degrees here in Seattle, for starters), but I still feel and present as surfy, just like when I was 16, in that my clothes remain loose-fitting, and I bar any accouterment that might slow down my quick-change into surf gear—yes, including underwear, commando unto death, and who’s to say that my 13-year-old son, mortified by this particular norm-breaking, does not owe his very existence to my life-affirming choice to go BVD-free?

I’m finding more and more old surf-related newsreels online, and I will continue to download and post. This one covers the 1964 World Surfing Championships, at Manly Beach. The footage will be familiar to all you longtime EOS incurables, but I can’t get enough of these outside-looking-in takes on surfing. The filming and editing, as a rule, are almost always better than what we got from our in-house filmmakers—no surprise there, the networks and such had real budgets and the latest in high-end equipment and film studios; we had pawnshop Bolex cameras and Moviola knockoff units on the kitchen table next to a razor blade or two and roll of scotch tape. 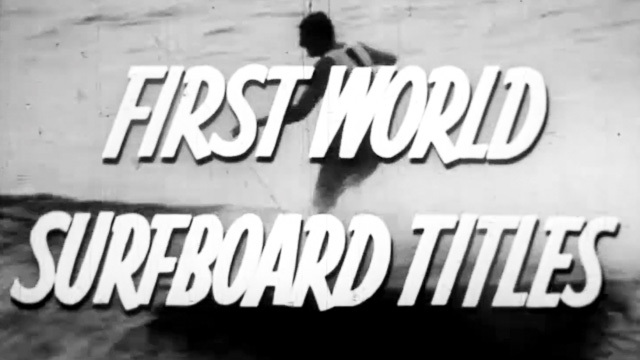 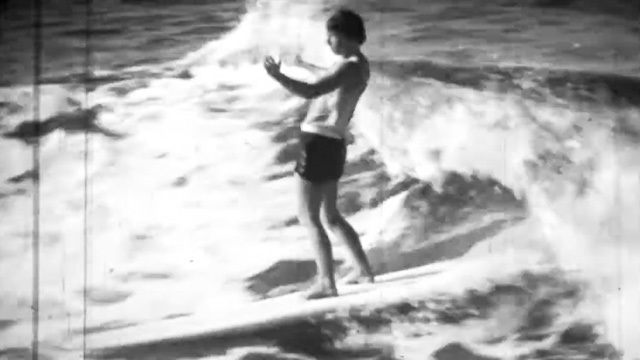 But the real pleasure here comes from the writing and narration. The intro alone on this clip is a tidy bit of pared-to-the-bone Aussie surf history. We then get a beautiful long tracking shot of Linda Benson, followed by a similar shot—perfect for comparison to Benson—of Phyllis O’Donell, the “former ten-pin bowling instructress,” and there we have the top two women finishers in the contest, nice and tidy. For the men, we get to see two of the non-marquee names, Joel de Rosnay of France, and South Africa’s Max Wetteland, before zeroing in on Mike Doyle and winner Midget Farrelly. The whole clip is over and done in just five minutes, and it doesn’t put a foot wrong—except for the rinky-dink music, which reminds me: did you perk up at the song used for the New York 1966 clip, above? The track is called “How’s Your Bird?” and you can take it from there. It’s worth a Shazam.

Lastly . . . I have tried, over the decades, in books and essays, videos, docs and podcasts, to describe, for better and worse, the Surfing Life. This kid does it in 20 seconds. 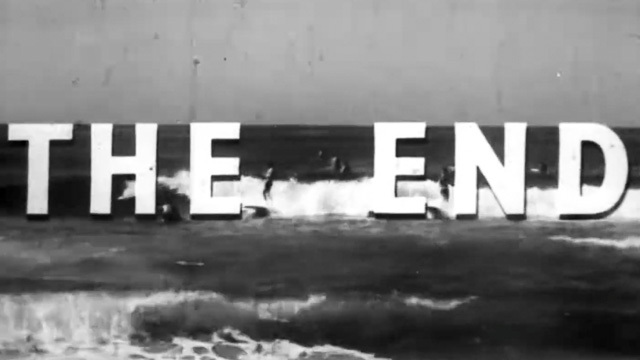