I’m firing this Joint up on Saturday, mid-afternoon, during John Florence’s Round One heat at Pipeline, and while my feelings for the WSL remain as Pushme-Pullyu as ever, my God it feels great to again be CT live-streaming. Professional surfing is radically, stupidly untrue to the surfing experience I’ve been living for the past three-plus decades. But along with Mason Ho clips, CT events have long been the only form of surf media I dependably enjoy—and Mason is a distant second, because the stream is both real-time and communal, and logging onto the BeachGrit comments thread this morning felt like walking into Cheers.

That said, and while the Round One surf is incredible, this is not 100% entertainment and uplift and femur-splitting tubes. WSL commentary is mealier and more corpo-speak than ever, hours pass before any surfers are actually eliminated, and I’m never more than a few minutes away from being irritated anew that Pipe is the 2022 season opener, rather than the closer, as God and logic intended.

Kelly Slater, meanwhile, continues to be a gnat-sized existential crisis flying inside my head. It started with the wavepool, but the buzzing gets louder with each of his new anti-vax vaporings, especially during the recent Novak Djokovic episode (“The Left hates logic,” Slater said in the comments section of a covid-related NYT Instagram post, adding, “It’s very clear vaccinations will not fix this situation.”), at which point I had no choice but to Neil Young my entire catalog of affection and respect for Slater. 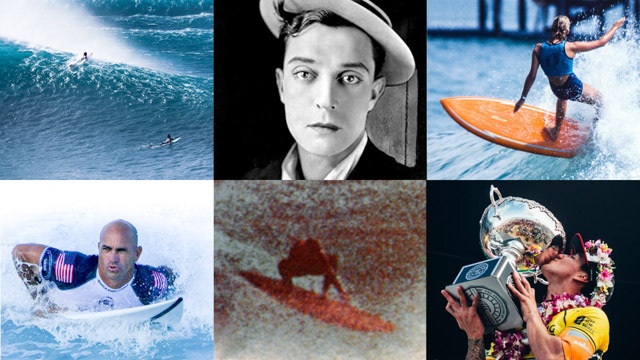 Or that’s what I thought, anyway.

Kelly, 50 years old and 15 pounds above fighting weight, precision-dropped into his first wave of the contest, at Backdoor, pulled in, spelunked his way to daylight and finished with a rainmaking forehand carve, earning an 8.57 score from the judges and a pathetic flip-flopping cheer from yours truly.

Slater, in middle age, is anti-factual, irresponsible, and flagrantly narcissistic. But in those stretched-out moments at Backdoor, live and during the many replays to follow, watching this aging surf Jedi weave through the shadows, calm and utterly in control, I am tractor-beamed into wanting his score to go higher, and hoping that he stays on track this week all the way to the winner’s podium. This feeling leaps right over the thought process. Then regret follows, and for a while (as in right now) the two overlap and I am as ungrounded as Buster Keaton doing the splits between two moving cars. 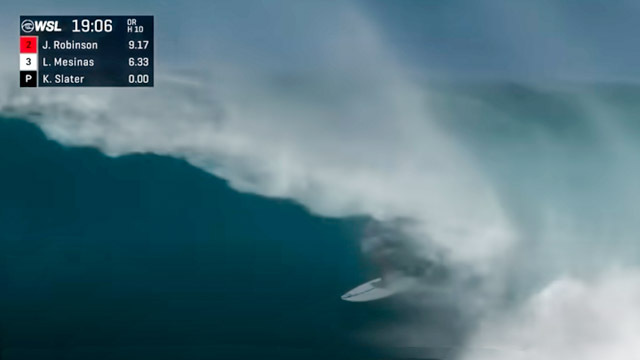 Reigning world champion Gabe Medina pulled out of the Masters earlier this week, saying he is “not well” and has “emotional issues to deal with.” As with Slater, I have at times struggled to get past the Gabe’s politics (this video hookup with Bolsonaro and Bibi being the low point), but I have an appreciation that borders on awe for his no-fucks-given hitman approach to competition, and his polite but staunch refusal to play the happy back-slapping world champ. What all WCT-level surfers do while competing not surfing as we commoners know it, and to repeat what I said at the top of the page, it is in many respects a perversion of the sport. I just want to get wet, raise the heart rate, and if possible snuggle up to a little piece of Zen; championship Tour surfers are doing parkour while sidearming ninja throwing-stars. Fun is not completely off the menu for a title-contending pro, but it is secondary to winning, and Medina understands this better than any pro surfer I’ve ever seen. He is a bullshit-free competitor, and whatever his underlying reasons are for taking time off—working through issues with his family, dropping all that heavy world-tour armor, not traveling, removing himself from everybody’s expectations (his own included), checking in to see if he still loves surfing for its own sake (my guess is all of these things)—it speaks well of Medina, the most private of athletes, to enter this key juncture of his life and career with what appears to be a bullshit-free attitude. 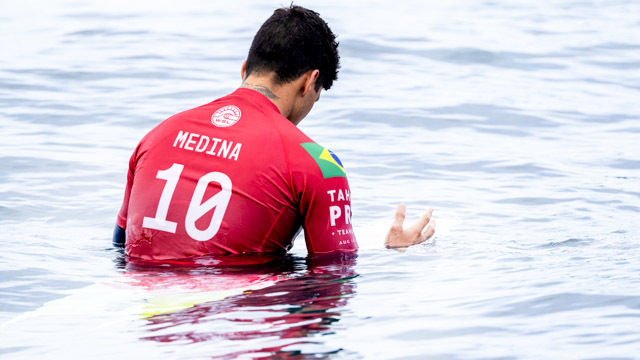 If Medina never comes back to the CT, that’s fine. He is the best all-around competitor of his generation by a wide margin, and a fourth world title would only underline this fact, not establish it.

I expect Medina will return, though, and there are plenty of examples from surfing’s past to suggest he’ll in fact come back stronger. Tom Curren had his most dominant year as a competitor after a one-year layoff. Joey Cabell more or less quit surfing twice (once to work on cars, once to open the Chart House), and returned stronger both times, both as a free-surfer and a competitor. Margo Oberg won a world title, failed to defend, dropped out for five years, and came back to win another three titles. And Mark Occhilupo’s mental health break may have saved his life, and the return that followed is surfing’s greatest comeback story.

The thing you don’t want to do, as Andy Irons proved, is come back before the work is done.