My two musical connections to Tom Curren are as follows. First, my lifelong best pal friend Marc Theodore (handsome fellow in the glasses, lower right, below), for Christmas 1986, bought me Otis Redding Live on VHS—an import, no less, because that’s the kind of friend Marc was and still is. I cherished that tape right up to the day, eight or ten months later, when I lent it to Curren (top left) after finding out that he too was a big Redding fan. Never saw it again.

Second, in 2014, for an EOS video, I paired Currren with Robin Trower’s ethereal herb-scented young-love masterpiece “Spellbound”—written, of course, by Van Gogh to his crush after rolling up and smoking a miniature workup of Starry Night—and the results were so good I decided to trust in God and Fair Use and always go with whatever music worked best for future EOS edits. 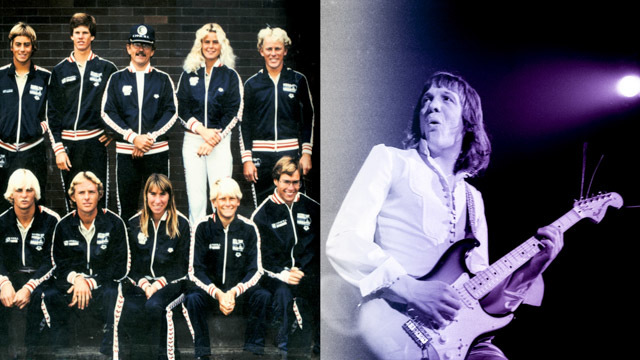 I don’t know if Tom feels as strongly about Trower as I do. I hope he does. More importantly, I hope you do, because here is a seven-minute Curren-Trower supercut that took the better part of last week to piece together—not because it was technically difficult, but because for every shot you see here I left three equally-fine shots on the cutting room floor. I can’t define how Trower’s sound relates to Curren’s surfing, except to say that both, to me, seem to be forged from materials and qualities that don’t belong together: weight and agility, precision and improv, volume and quietude. I return to Curren and Trower, often, and always will, because they are slightly uncanny.

Received wisdom on Tom Curren is that he is reclusive and unknowable, and while I don’t think this is untrue, I was also reminded this week that a lot of talented and persistent writers have done their best to get into his head, his history, and the best results are very good indeed. We know more about Tom than we think we do. Maybe, in fact, we know more about Tom than we want to know, as his life has been in many ways shaped by hardship: a father who was both legendary and absent; a mother whose protectiveness veered into overbearing; alcoholism, divorce, and brimstone-grade Old Testament religion. 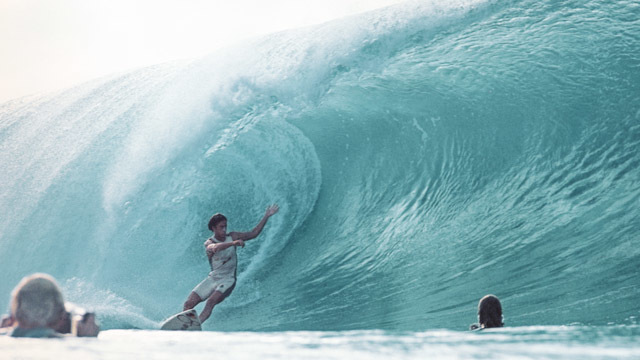 Tom and his nervous dark-eyed charisma are front and center through Matt George’s excellent 1985 SURFER profile “The Private World of Tom Curren.” That same year, Sports Illustrated published “Riding the Wave of the Future,” in which Tom shares the stage with this family, and I was struck by this level-toned but tense exchange on the beach between Jeanine, Tom’s mom, and Marie, his 20-year-old French wife.

As Tommy paddles out toward the horizon, Jeanine takes a step back to get a better view. “Tommy doesn’t quite understand it,” she says, “but he’s community property now.” Marie walks up the beach to talk. Jeanine whispers a question to her daughter-in-law: Can Tommy and Marie make it to church tomorrow?

“I really don’t want to go,” answers Marie. “I tried it before, and I really didn’t get anything out of it.”

“I really don’t think we can make it,” says Marie.

It’s always guesswork, trying to figure out how a person’s home life affected their surfing development. But if Tom himself ever said that surfing was an escape and that the ocean is where he felt most comfortable and confident, I’d take him at his word. He was just 21 when that little pas de deux between his mom and wife took place. Pat Curren, meanwhile, was living in Costa Rica and hadn’t seen his son for three years. None of us really need a reason to surf, but some of us, Curren included, have more reasons than others. (Bruce Jenkins’ “Father, Son, Holy Spirit,” from 1995, is the best Curren piece of all—although it’s mostly about Pat, not Tom.) 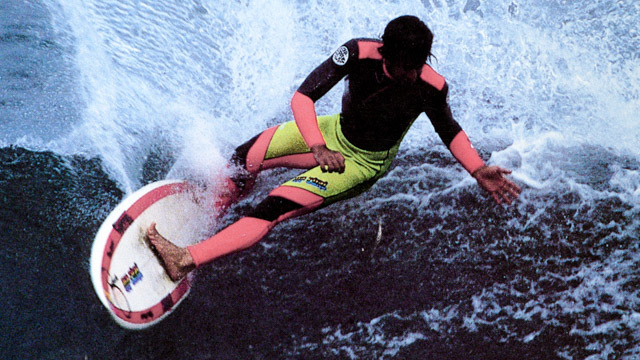 Finally, because my “uncanny” remark above is maybe a bit soft, let me take a last stab at the mechanics of Tom’s wave-riding. Two things. First, in 1980 or thereabouts, little Tommy repositioned his front foot so that the heel-to-toe axis ran nearly perpendicular to his board’s stringer. Everybody else, old and young, pro and am, had the toes angled more forward, toward the nose. Tom’s newly symmetrical stance channeled power more efficiently and made for easier rail-to-rail transition, which in turn led him to invent (or perfect; I’m not actually sure if Tom did it first) the double-pump bottom turn, which opened up his options for turning off the top. Second, Curren rode downhill with more feeling, finesse, and patience than any surfer in history. This was something he carried over from the previous generation or two of top-flight surfers. For the past 40 or so years, the drop (except in huge waves) has been treated as incidental, a pause, a gas fill-up, the thing you do before moving on to the more kinetic business ahead. Except for Tom. The drop was so much more than a preamble. Curren moving down the face of a wave is Shiva inhaling, Marlene Dietrich staring holes into Joseph von Sternberg, Robin Trower holding and bending a note. Watch his famous Jeffreys Bay wave in the video above or, better still, the Sunset Beach bomb that begins at 4:54.

Maybe there is no such thing as perfect surfing. But Curren, for me, gets closest.