I am impressed and baffled by people like Mick Dooley, Aussie “functional school” virtuoso and ’64 Bells Beach winner, who don’t begin surfing until young adulthood. As a kid, Dooley was a boarding school detainee and high-achieving tennis player (nearly 80 today, Mick will smile and self-efface, then destroy you in doubles), and claims he’d never so much as been to the beach before a friend took him to Bondi at age 17 or 18 and put him on a board. Five years later Dooley was runner-up to Nat Young in the Australian Invitational, the next year he won Bells and was a World Titles finalist. A small, lithe, beautiful surfer. I wish I had more footage of Dooley, but watch here and you’ll get the drift. I wonder if the joy in Mick’s riding comes through so clearly because in ’64 he’s still relatively new to the sport? 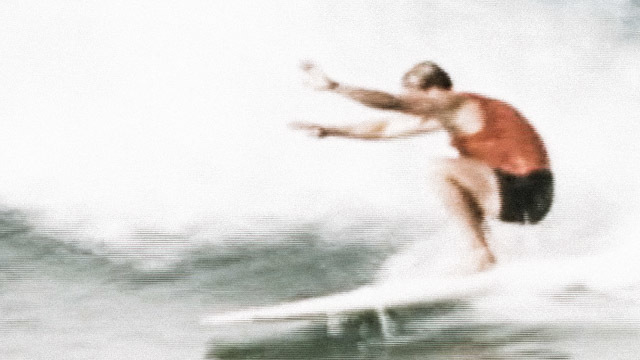 Flipping the mood, we have Sam Reid, the original grumpy old surfer. A New Jersey pioneer who learned to ride waves on his mom’s ironing board in 1912, Reid departed for California (he and Tom Blake were first to surf Malibu), spent the back half of the ’20s and much of the early Depression years in Hawaii (working at the Royal Hawaiian and surfing with the Kahanamoku brothers), earned a Purple Heart in WW II, then returned to California to spend a good portion of the rest of his life wagging a finger at modern surfing while fluffing the sport as practiced by Duke and his pals during the Hoover years. I spent too much time on Reid last week, and am being too snarky as well—he was in many ways a praiseworthy figure—but here is a compendium of Sam Reid quotes in which we are all more or less scolded for not having the good sense, like him, to be born in 1905. 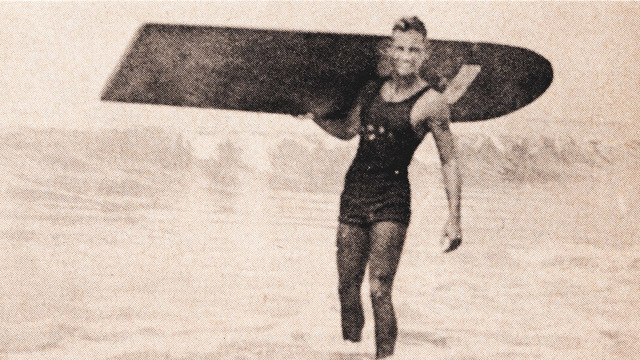 Bob Purvey and I emailed back and forth recently, but I didn’t have the guts to ask him if naming his famous Con Surfboards noserider model “The Ugly” had anything to do with Bob himself being the best-looking—no, I’ll say it, the prettiest—surfer of 1966. You know, the old “opposite” gag. Like if Mason Ho called his board “the Wallflower,” or if Mitch McConnell called his board “Democracy.” Anyway, ugly or pretty or both, Bob parked himself on the nose of that board as easily as I park my ass in this office chair, and Con sold a lot of units, and so it went through 1967 as Purvey flew off to shot an Endless Summer copycat film called Follow Me, which is mostly forgettable except for the splashy feel-good opening sequence—that’s Bob and his Ugly getting into the yellow Corvette with the mini-skirted model behind the wheel, and while I don’t know him well, it would not surprise me to find out that that was a twice-a-month deal for Bob; damn, the guy was better-looking than Ali MacGraw. 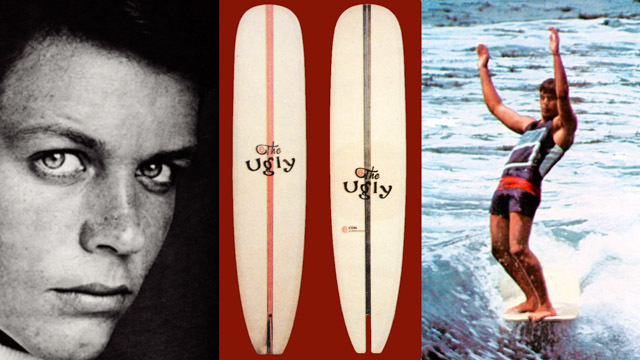