Sydney surf-industry pioneer Barry Bennett, 89, dropped through the ceiling of his Bennett Surfboards factory last month, broke his fall on an unfinished longboard, and didn’t pop right back up but is going to be fine. It was an uncharacteristically spectacular move for Bennett, who has spent the better part of seven decades (not a typo) producing high-quality boards and materials and putting lots of distance between himself and the spotlight. The rollcall of boardmakers who have at one time or another plied their craft under the Bennett label is astounding and includes Geoff McCoy, Bob McTavish, and Terry Fitzgerald. More importantly, his two side gigs—Bennett Blanks and resin-making Dion Chemicals—were the building blocks for the Aussie boardmaking industry, as was the credit he extended to talented but business-backward shapers from Kirra to Yallingup. Here is Bennett’s long-overdue EOS page.

Speaking of Terry Fitz . . . actually, don’t speak, just watch. Four minutes of the Sultan, with a J-Bay ending that you’ve seen before but is always worth another look. Lewis Samuels once confessed to me that he didn’t get what all the fuss was about Barry Kanaiaupuni, and I’ll bet he’d say the same about Fitz. All that exaggerated hip motion. The pinwheeling hands. The endless catwalk preening. During the first half of the 1970s, when Terry was at his progressive best, Col Smith was throwing uppercuts one after the other to any feathering lip in his vicinity, while Lopez and Russell were vanishing into tubes as easily and gracefully as Oscar Robertson finishing off a breakaway layup. Fitz? If he ever so much as disturbed a lip, I don’t have the evidence on my photo hard drive, and his tube stance was stiffer than George C. Scott’s neck in Patton. Does it matter? If we start with “In the final analysis, style is probably the only thing that matters” (Wayne Bartholomew), then add  “Style is a way to say who you are without having to speak” (Rachel Zoe), and sprinkle on “I loathe narcissism, but approve of vanity” (Diana Vreeland), then you might say—I would, for sure—that Terry Fitzgerald is one of the greatest surfers of all time, just as surely as Robert Plant is one of the greatest rock singers of all time. In other words: Why hit lips when you’ve got those hips? 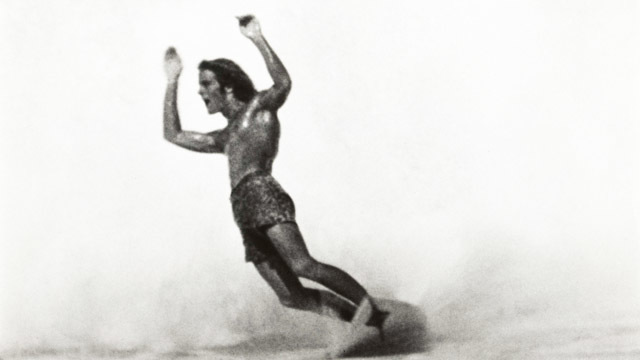 I don’t recall the details, but in 1980 Fitz got into a scuffle at the Dee Why parking lot and ended up with a knife in his gut. That got me thinking about the Surfie-Rocker Wars from almost 20 years earlier, and while I’ve put together a longish ripped-from-the-headlines chronology of the whole strange two-year episode, I still cannot figure out how much of the “War” was genuine and how much was media hysteria. Mostly hysteria, I think. The Sydney Morning Herald headlines were endless. Yes, kids got shoved. Punches were thrown. Coppers were dispatched. But nobody got stabbed, much less killed. We’re almost 60 years removed from the Surfie-Rocker deal, and from this vantage point the whole farrago looks like straight-up class-bashing. The Rockers—invariably called “invaders”— were poor. The Surfies were middle-class blond kids from down the block, mouthy and “high-spirited,” in the exculpatory language of the day, but of a piece with their clubbie fathers and brothers. Indeed, a pincer movement by the North Steyne and Manly lifesaving clubs brought an end to a 1963 Surfie-Rocker faceoff at Manly Beach. “Slow-claps and jeers accompanied [the Rockers] departure,” the Morning Herald reported smugly. 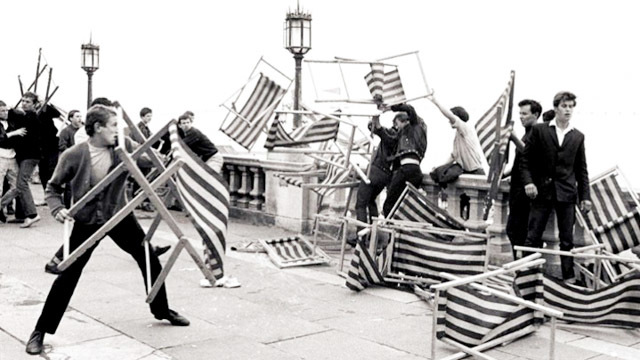 A year later, history traveled round the Cape of Good Hope and repeated itself with the Mod-Rocker Battle off Brighton Beach, and here’s a great little myth-busting five-minute doc that works just as well when applied to Manly as it does to Brighton. The pix are incredible, though. Which is pretty much the whole problem. The headline and the story end up serving the photo, not the other way around.

Cleanse your palate with another viewing of the Terry Fitz clip, is my advice.