Never mind the header, today you get it Fast and Cheap. I just returned from a week in LA and the Joint’s turkey-scented deadline breath is hot upon my neck, so I will try and nudge this thing somewhere close to the outskirts of Good—but no promises.

For example: I am looking at the Sunday Joint whiteboard and see a faded orange note that reads “Frampton—Pete Drake—video,” and though I recall being excited a few weeks ago when I wrote this down, I’m now having to reverse engineer what the point was, Joint-wise. “Nothing new under the sun,” I’m guessing. Meaning Simon Anderson didn’t invent the three-fin board, Tom Curren didn’t invent the tucked-in back knee, Laird and his handsome wingmen didn’t invent tow surfing, and to underscore the point, if I’m reading the whiteboard correctly, here is fawn-shaped Peter Frampton blowing teenaged minds in 1976 with his talk-box guitar solos, which at the time seemed as exotic and new as Grace Jones or Legionnaires Disease—but hold on, Pete Drake did it 12 years earlier, but with a sense of humor and minus the silver Spandex pants.

I’m sure that was my aim, in fact.

But having made the point, I gotta play an Uno Reverse on myself because Pete Drake’s talking guitar, in 1964, was in fact something completely new under the sun, and I’d bet my last handle of Jim Beam that this early ’60s gearhead is the original tow surfer. So yes, many famous historical “firsts” have antecedents. But sometimes the new thing under the sun really is new. Unsuspecting Soviet volunteer Laika (aka Little Curly, aka Muttnick) was absolutely the first dog in space, and I don’t care what Kelly Slater has to say about it, that’s just fact. 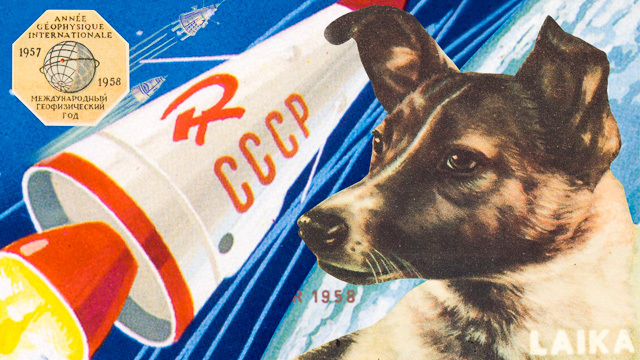 Speaking of the thing long-hidden behind the other thing . . . remember that cool, if maybe a bit too smug Viking-like blond surfer in the Five Summer Stories poster, asking you to hold his wax while he ducks into the nearest airbrushed van to create a new super race with the even-blonder woman in the background? I recently learned, while paging through the just-published Greg MacGillivray book, that David Nuuhiwa posed for a photo which was then given to artist Rick Griffin in order to create the poster. Rick, I think you’ll agree, did David and the rest of us a favor by cropping out those tight blue trunks and the, shall we say, rock-and-roll-star midriff. But wow, was David Nuuhiwa, arguably the coolest-looking surfer in history, deserving of color correction? In 1972, did we still need the blond-washing? It is a subject for another Joint, but I’ll shoot from the hip and say that, choose your fighters from the past century of surf legends, but Team Dark Hair beats Team Blond seven out of ten times. 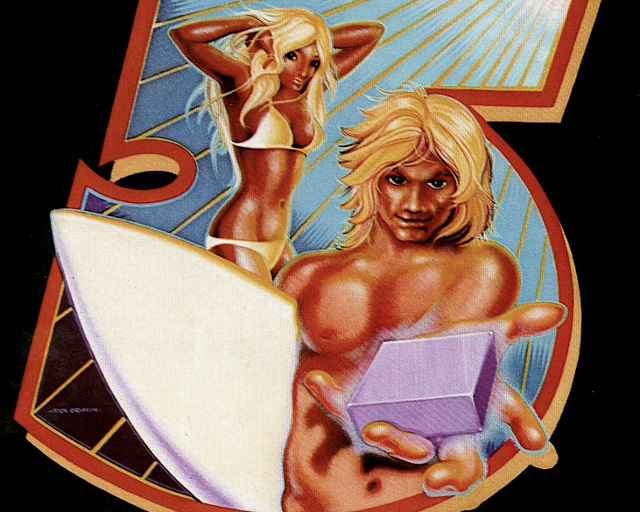 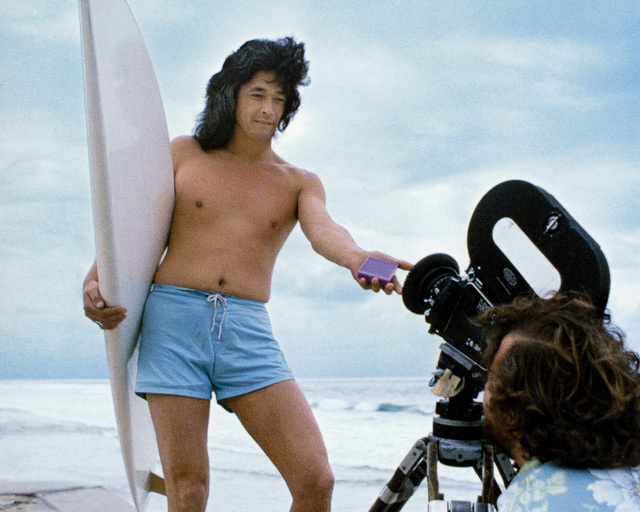 After my raven-headed beauties defeat your Framptonesque blue-eyed devils, let’s hope all involved will shake hands and repair to a neutral location in order to drink, dance, and comingle the way everyone does in Ohana, the latest book from the Lost and Found Collection, featuring the work of Albert Benson, retired Army colonel turned surf photographer and filmmaker. If I can slide in a late bit of Thanksgiving gratitude, it is for this moment in time (’68-’69), and others like it, where surfing didn’t take on racism, exactly, but at least occasionally side-stepped it on the beach or in the parking lot or over at the Benson’s place. All those colors become us. 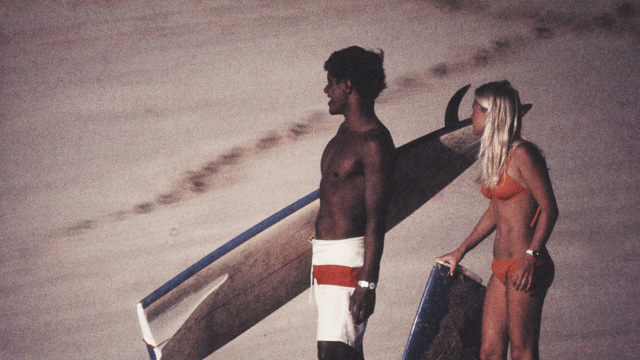 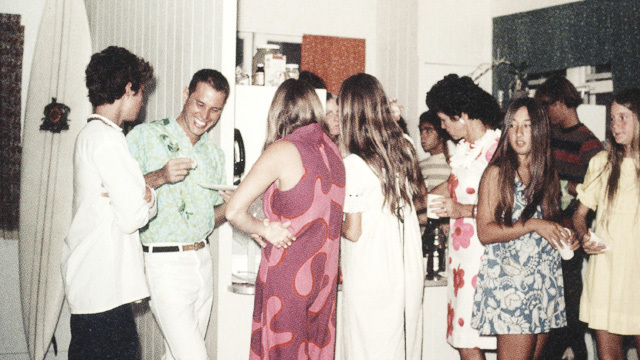 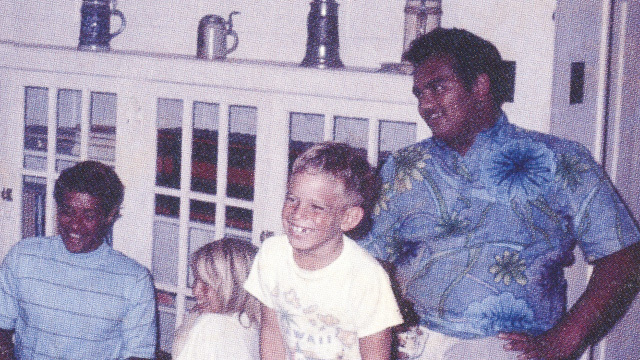 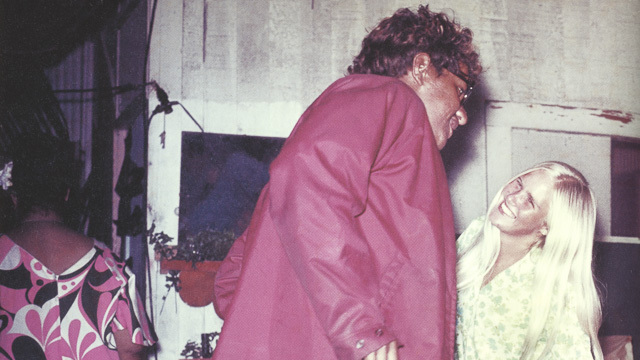 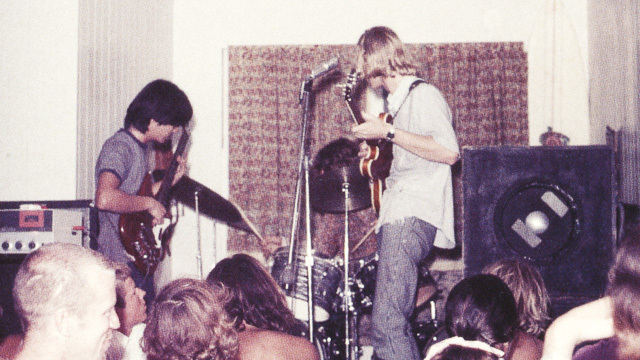 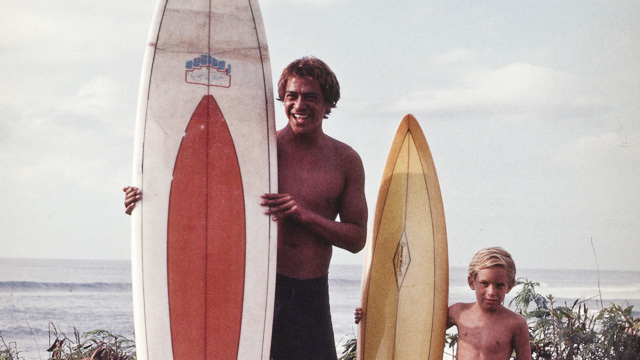 PS: My Day-Before-Thanksgiving podcast with David Lee Scales just went up. It was recorded at David Lee’s dining room table, where I moved straight from espresso shots (four) to Manhattans (two) without breaking stride, and while to my ears caffeine has the upper hand over bourbon, the results, I humbly submit, are very good. Listen here or on your favorite pod platform.