A pie chart showing how I occupied my waking hours last week would be two-thirds green, for time spent bumping and grinding on the EOS Fundraiser, and one-third solid gold, for time spent watching and thinking about Get Back, Peter Jackson’s three-part eight-hour Beatles documentary, the manifest riches of which have rendered my descriptive powers null and void.

What an achievement. Jackson deserves every available award, starting with a basketful of Oscars, and New Zealand should give him a second knighthood.

Get Back, on some level, is not especially entertaining. For seven-eighths of the show’s running time it lurches and meanders, starts and stops, and veers from grating to nap-inducing. But that is the point. Or one of the points—and maybe the biggest point. You don’t magic your way from the half-frozen shitshow that was Twickenham Studios in Part One to the holy catharsis of joy, music, and friendship that comes during the Beatles’ famous rooftop performance, 21 days later, at the end of Part Three. No, what gets the Beatles from deep discontent to rooftop bliss is patience, forbearance, banter, open minds, toast on demand, a mountain of cigarettes and a bottomless supply of wine.

That, plus Ringo’s perfect timing, both behind the kit and during conversation. 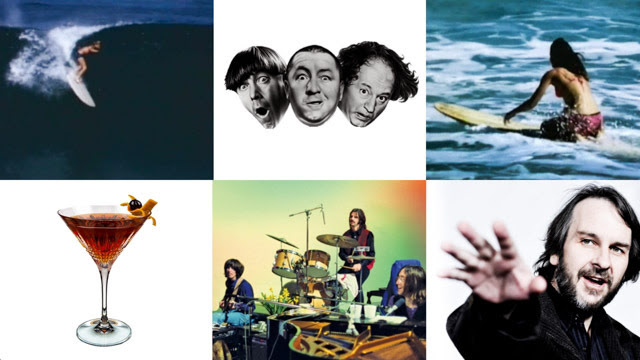 And while much of what we know about the Beatles is reinforced by Jackson’s movie (Paul is the leader at this point; George’s songbook is already dragging him out the door), a lot of what seemed like canonical Beatles history proves to be, in Jackson’s retelling, skewed or outright wrong. This part of Get Back—the actual reshaping of history—is where I steer this Joint of ours back to center because surf history, too, is still being reshaped, and while it may lurch and stop and start along the way, I believe the sport always gets to a better place, and becomes truer to itself, when we go back for a careful look at our past.

For nigh on 60 years now, dons and professors at the Surf History Academy have taught us that Phil Edwards was first to surf Pipeline—or maybe it was Rabbit Kekai or possibly Fred Hemmings, and Bud Browne was bodysurfing it back in the ’50s, and right there we have four names in play, and a minor surf history bunfight. So far, so good.

But do you hear anything about the first woman to surf Pipeline? Not a word. 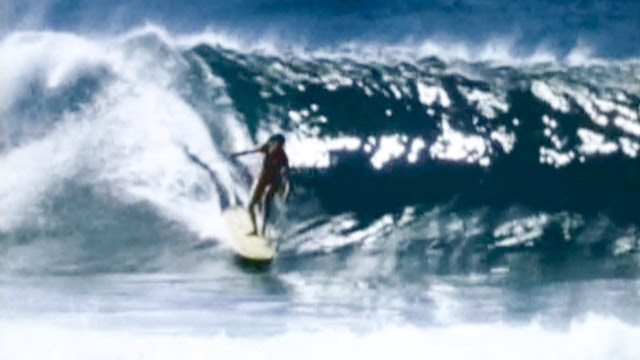 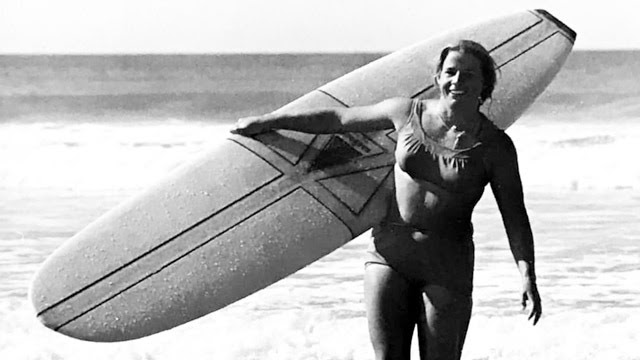 I do not have a bulletproof answer to that question, but this 20-second clip from Curt Mastalka’s 1976 movie Sundance makes a pretty strong case that it was goofyfooter Nancy Nelson and a black-haired regularfooter who might be Rell Sunn’s sister, Anella. The film in question was shot either in 1966 or 1967, and the point of the clip, in Sundance, is to make fun of women surfers. “In the early ’60s,” a voiceover tells us, “some adventurous gals climbed onto the 10-tankers of the day, paddled out and waved their arms about.” Pause for mirth, then here comes the kicker: “Even the dreaded Pipeline chewed up a few tenderloins.” Both women onscreen then wipe out, hahaha, and my guess is that they paddled back out to try again and eventually got the job one, the way you do when you keep at it, but there is nothing funny about that so why show it and OH MY GOD IT’S SHAUN TOMSON AT BACKDOOR!

I will find out who the black-haired surfer is and report back. Nancy Nelson, meanwhile, has an updated EOS page and a new video clip you can see here.

Ringo is my favorite Beatle this week, but Peter Jackson is my new spirit animal because when it comes to surf history that Hobbity-looking Kiwi reminds me to never, ever let it be.

PS: The 2021 EOS Fundraiser has so far raised just over $20K, which is about what I’d expected at this point but less than I’d hoped for. We have four days left. THANK YOU to everybody who donated last week. For those of you on the fence, please keep in mind that your donation is tax-deductible and all money goes directly into building EOS. Plus Nespresso pods, which allows me to build faster, so same thing.

PPS: While we’re on the subject of media that is long and meandering and served up in three parts, I threw down a podcast Triple Lindy last week, starting with the Kookcast, moving on to Surf Splendor, and finishing off with Surf Stories. I very much enjoyed all three, but for Surf Splendor I went directly from a triple-espresso drive-by at Starbucks to an afternoon Manhattan in David Lee Scales’ dining room, and that proved to be the Lennon-McCartney of mood enhancement.

PPPS: If you haven’t already clicked the Ringo link, above, here it is again. Compare his deadpan delivery to this bit from Scott Dittrich’s 1974 movie Fluid Drive, which to my 14-year-old mind was the funniest thing ever put to celluloid. There are of course many shades of flatulence humor (zing, right there). Ringo’s version comes from growing up on Peter Sellers and Peter Cook. Dittrich’s humor, like that of every other SoCal surf-Boomer, is built on a foundation of Three Stooges and Road Runner. Now pull my finger. 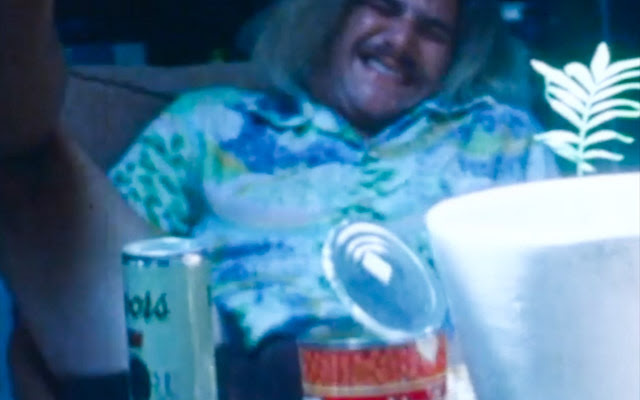 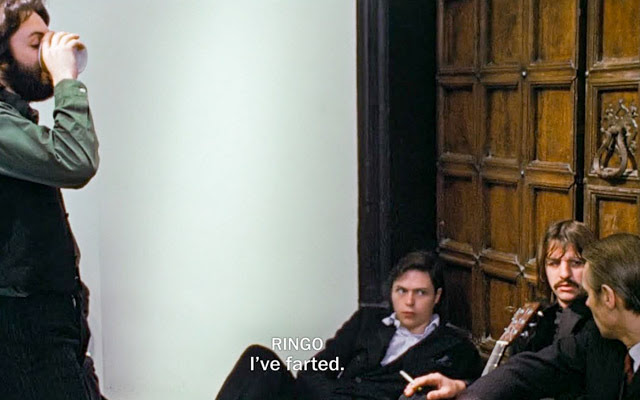