This flaccid right deltoid of mine won’t be feeling the sweet vaccine poke until April or May, so I’m looking for anything to lighten the mood—and this new clip of Mason Ho and Kelly Slater dancing all over Velzyland was my joyful early-Christmas present. Where to start? V-land itself, of course, is a high-performance dream wave, especially those roll-in-to-double-up takeoffs. Then you’ve got Slater’s amazing Bald Zeus rail-work, and Coco Ho’s zen-tuberiding stillness. But this is Mason’s show—the North Shore winter by and large is always Mason’s show—and while I could direct you to a dozen or more highlights (and I encourage a full viewing), let’s just stay with Mason’s opening wave which is a straight-up tribute to daddy. Look at these two shots, father and son, taken 45 years apart. The macadamia nut, as the old Hawaiian saying goes, does not fall far from the tree. 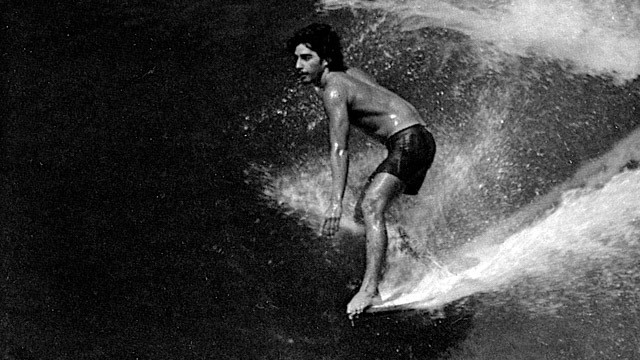 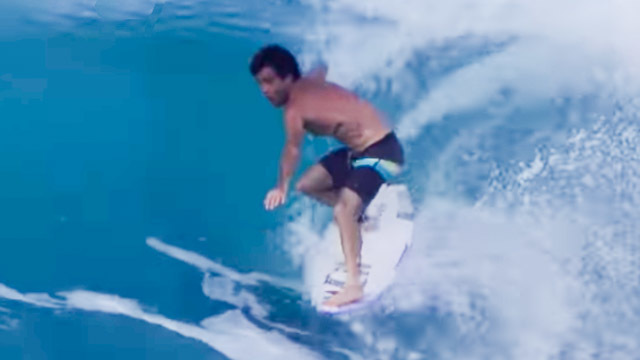 I go back and forth on what to do with surfers like former world tour #12 Stuart Bedford-Brown in terms of EOS time and attention. On one hand, there are A-grade people, places, and events on the site that need upgrading. On the other hand, if EOS doesn’t give Stuart and his fellow backbenchers their due, then no due will likely be given. The decision-making process here is pretty arbitrary. Sometimes you go with Shaun Tomson, other times you go with Ricky Bloomquist. In Bedford-Brown’s case, it was down to thinking about how he was both talented and handsome yet still fairly disliked and talked down. Laughed at, in fact. While thinking of all this, Right Said Fred’s “I’m Too Sexy” hit me like a thunderbolt, and I was off and running on this clip, and chasing down this interview, and there’s Stuart Bedford-Brown fully loaded on EOS. 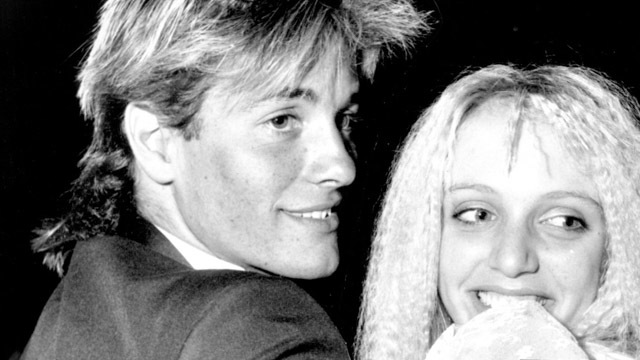 “I’m Too Sexy” reminded me again about the value of humor in rock and roll (this came up in the Joint last year, but I can’t seem to find it), and I’ve whipped out a list of . . . not the funniest songs or artists, exactly, but the artists whose sense of humor shines through most clearly. So while “A Boy Named Sue” is a funny song, in other words, I don’t think of Johnny Cash as a particularly good-humored artist and he didn’t make the cut. No way is this a be-all-end-all list, but humor me and play along:

5. pre-1976 Rod Stewart. “Three-Time Loser” crushed the venereal disease category so thoroughly that nobody has tried it since.

4. Ramones. Deadpan punk perfection; much to choose from but let’s go with “The KKK Took My Baby Away.” 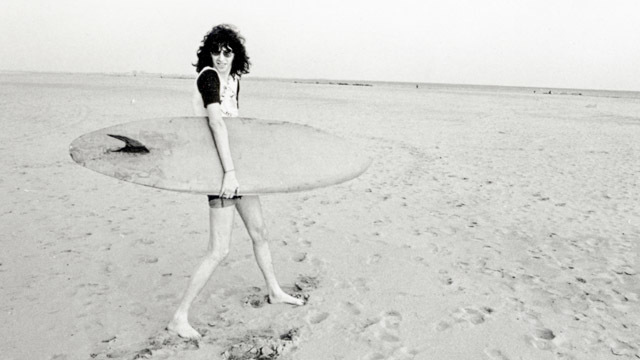 3. Up-tempo Randy Travis. He’s not haha funny, but I’m a fool for a sly southern drawl, and Travis delivers on “Is It Still Over?”

2. Nick Lowe. The Iron Man of good-humored rockers, a half-century in the game and still smiling, from “Roller’s Show” to “Tokyo Bay.”

1. Chuck Berry. Easy winner, throw a dart at his oeuvre and five gets you ten you’ve struck funny; here’s “Nadine.”

Honorable mention to LL Cool J for “I’m That Type of Guy,” a comic tour de force start to finish, but especially that smirky Eddie Haskell line about “The pudding is delicious,” just before J turns into a “sneaky freaky brother sneaking in from the rear.” Cuckoldry is the funniest topic in rock, and nobody enjoys putting the horns on like Cool James: “I’m the type of guy that picks her up from work early / Takes her to breakfast, lunch, dinner, and breakfast.”

Damn, I should have used that song on the Bedford-Brown video.

Finally, a bit of housecleaning:

Phil Becker’s updated EOS page and Above the Roar interview.

“Jock’s Night Trip,” by Allan Weisbecker. Acid and Waimea—kids, do not try this at home.