Sam George once said that Robert Redford became Hollywood’s hottest new star in the mid-’60s because he looked like Tommy Zahn. Zahn, of course, was the bushy-blond postwar Malibu surfer who, along with Joe Quigg and Matt Kivlin, reinvented performance surfing—the Free Ride generation of the Truman era, if you will; with dizzyingly handsome Zahn as the Shaun Tomson figure, although keep that analogy at arm’s length because we’re going to kick it in the schmekel a little further down the page.

Zahn is maybe best remembered as the person who midwifed the lightweight Joe Quigg-shaped “Darrylin board” for girlfriend Darrylin Zanuck, daughter of movie mogul Darryl Zanuck, and thus helped launch the hot-rodding post-Simmons age of board design. Meanwhile, thanks to Darrylin putting a word in Daddy’s ear, Zahn got a foot-in-the-door starter contract with 20th Century Fox, which swiftly led to a not-secret-enough romance with Norma Jean Baker, another new Fox hire. This went over as well as you’d expect with Darrylin, who had Zahn and Baker both fired. He bailed to Hawaii to go surfing. She changed her name to Marilyn Monroe and re-signed with Fox. (A website called Marilyn Forever has this to say about the Monroe-Zahn affair: “She enjoyed his company but clearly Zahn was going nowhere and she wasn’t about to waste too much time on him.” Maybe so, but I wonder if perhaps Tom, handsome as he was, just didn’t have much game. “She was in prime condition [and] tremendously fit,” Zahn later said of Monroe, sounding as poetic as a Nebraska cattle breeder. “I used to take her surfing up at Malibu. She was very good in the water, very robust.” Then a final burst of romantic flair: “Gosh, I really liked her.” Zahn, the big lunk, did everything but shove Monroe into Arthur Miller’s elucidative embrace.) 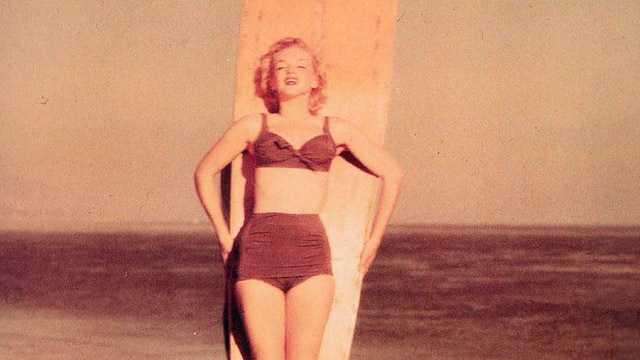 There’s not much surf footage of Zahn out there, and this clip leans too heavily on the paddleboarding—although that’s probably for the best, as Zahn in his day was better known as a paddler than a surfer. Much of what I know about Tommy Zahn comes from “Watermen’s Lives,” written by Craig Lockwood—himself an excellent paddler—for a 2001 issue of H20 magazine. The article is well done if a bit too worshipful, but things take a strange turn halfway through when Lockwood tells us that Zahn, who died in 1991 at age 67, “favored certain now-scientifically discredited and controversial beliefs regarding race and ethnicity.” We are thus left to do some sleuthing as to who is being treated “controversially,” but since Lockwood also lets on that his subject was a big Wagner fan and a close confidant of Luftwaffe-loving Buzzy Trent, I’m guessing Zahn would have declined my invitation to Uncle Irv’s Passover Seder—and that would be Tom’s loss because nobody made the goyim feel mishpocha like Uncle Irv, and don’t get me started on the brisket and kugel, so geshmack! (Shaun Tomson may not have been as good-looking as Tommy Zahn, but he’d have shown up for the Seder in his Springbok yarmulke and asked Irv if he wanted the long or short version of the birkat hamazon.)

I’ve never quite known what to do with this information on Zahn, in terms of presenting him in EOS. Today, for some reason, I find myself more pissed off with Lockwood, who explains away Zahn’s “beliefs” by noting that “if you didn’t agree, or felt uncomfortable, [Tom] was quick to acknowledge that he understood such concepts had been rejected,” and adds that while Zahn “wasn’t embarrassed about his beliefs . . . he very carefully considered people of any race or ethnicity on a strictly individual basis and accepted them as such.” So at the end of the day, it looks like we have an antisemite surf legend and a pretzel-logic apologist surf writer. 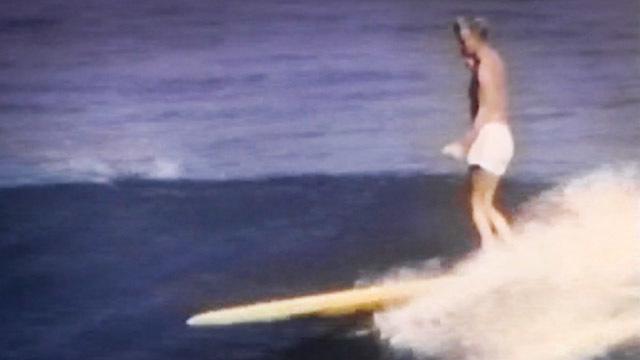 I’ll take comfort, I suppose, in that Zahn was a down-low bigot. He was a teetotaler, and quiet by nature, and in the antisemite world that usually puts you on the far opposite end of the scale from ranting surf-adjacent Mel Gibson, who once called Winona Ryder an “oven-dodger.”

But let’s be clear. As a handsome gentile, where you really want to be over there with Robert Redford, whose perfect crinkly baby-blues are filled with love for surfers and Jews alike.

L’chaim and cowabunga and see you next week!