Last’s week’s riff on Bob Purvey and his big beautiful Ugly stick, with all those sweet candy-colored “Follow Me” visuals, sent me back to this 2014 post in which I blew your minds with the never-before-told origin story of Nazaré as a surfing break. “Next stop, Nazaré!” the voice-over says, and there we are in Portugal, 1968, kids and goats on the high street, swarthy Portuguese fisherman mending nets on the beach, and some head-high wind-bitten sandbar waves calling Bob and his two surfing pals to action. “It looked pretty good,” the VO continues. “There was a definite lineup and you could count on waves breaking in one particular spot.” Off they go, and at the end of the high-performance session all three surfers return to the beach as the sun dips behind the famous Nazaré headland. Old and New Worlds converge. A fine, mellow travelogue moment.

We have just been gently hoaxed, though. The “Nazaré” surf shots were filmed at San Miguel, Baja. The sunset clip shows the headland just to the north, not too far from a Mexico Federal Highway 1D toll booth. I emailed Bob to ask him about it. “We were told about ‘big waves at Nazare’ before we arrived in Portugal,” he replied. “But we didn’t get around to the lighthouse point. Follow Me was directed by a one-time Hollywood wannabe, and the impression I got from him was that the audience wanted to see wipeouts mostly. I’ve always wondered, if we had gotten to the lighthouse and seen huge waves, if the director would have asked us to go out.” 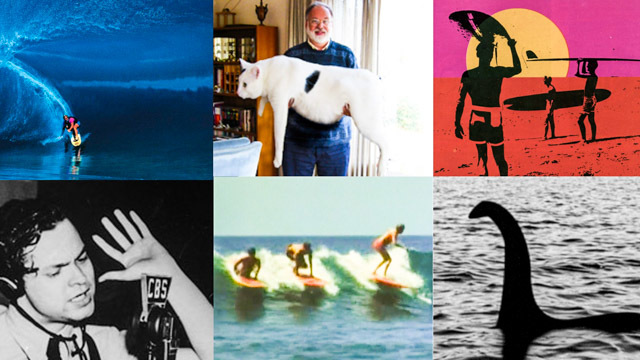 My favorite surf hoax is, of course, the Laird Hamilton Millennium Wave, which as we later learned was filmed in a Woodland Hills backlot by Second Degree Fellowcraft Masons during the week-long Y2K time-space suspension.

My second favorite hoax is the famous sand dune march to Cape St. Francis, as seen in Bruce Brown’s Endless Summer (watch the EOS remix here), and decades later exposed as fraud by Mike Hynson himself. But was it fraud, really? Yes, if you’re gonna be a facts-first dick about it. No, if, like me, you feel Bruce was lying his way to a greater truth. Read here. 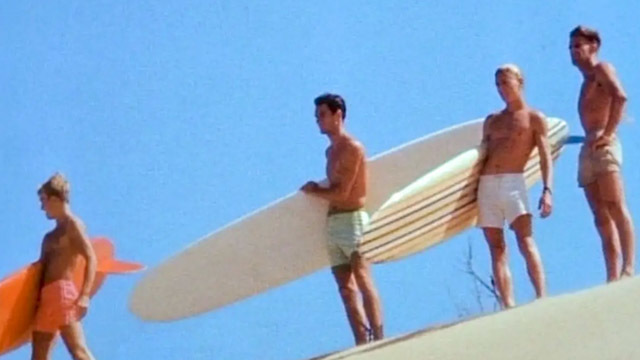 One more hoax for the road. In Scott Dittrich’s 1974 bootleg-music masterpiece Fluid Drive, we get a Rincon sequence where the slightly overhead waves go from fun and sectiony, to long sand-draining barrels. “Late in the afternoon, at low tide,” the narrator says, “Peter Townend is stoked,” and there goes our future world champ showing us Yanks how to properly spear a point-wave tube, and thus leaving us stoked, too, but also sad at the idea that even though we live right down the coast from Rincon we’d never seen it that perfect and hollow. The high-volume cackling that PT laid on me when I later asked him about it still rings in my ears.

“HAHAHA AND YA NEVER WILL! THAT’S BURLEIGH, MATE, NOT RINCON, HAHAHA!”

Dittrich guessed, correctly, that while we’d be happy to see Aussies riding Gold Coast waves, we’d be even happier to see Aussies riding our waves. He further guessed—and here is the real sleight-of-hand—that we’d be so awestruck by PT’s deft handling of “Rincon’s” midwinter inner-workings that we’d fail to notice he’s wearing nothing but trunks and a thin short-sleeve vest. 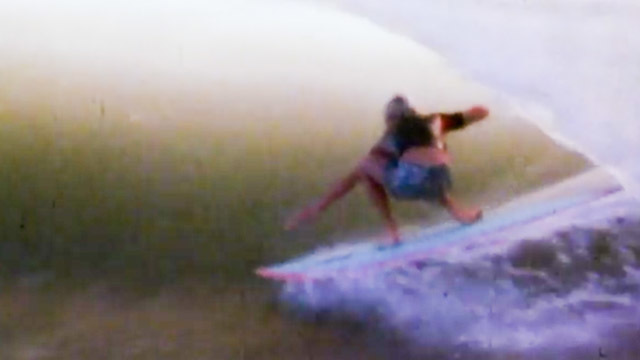 Fool me once, shame on you. Fool me twice, shame on . . . never mind. Keep fooling around, those were all good clean hoaxes.