Because I came to fatherhood late, and because the decades prior had been so incredibly full and fortunate, and because I lean optimist but can veer hard pessimist, I often thought during my wife’s pregnancy that the birth of our child would be the last huge good thing in my life. In other words: marriage, career accomplishment, first board, best wave, 485-point Scrabble score, and my thriving soon-to-be-born son (10 lbs, 1 oz, bitches!), meant the big gift-wrapped boxes were all ticked, and then some.

Don’t get me wrong. As an expectant father I was upbeat and looking forward to gobbling up every year to come. But it seemed clear as day that the landmark events ahead were mostly going to be the hard ones. Which, now that I think about it, is maybe less pessimistic and more realistic. When Teddy was born I was 49, healthy, married, with two living parents. I am currently 59, healthy, married, with one living parent, and my read is 1) my luck is holding, and 2) the only big milestone since my son’s birth was my mother’s death—which was indeed the hardest moment of my life so far, and thus proves my point. 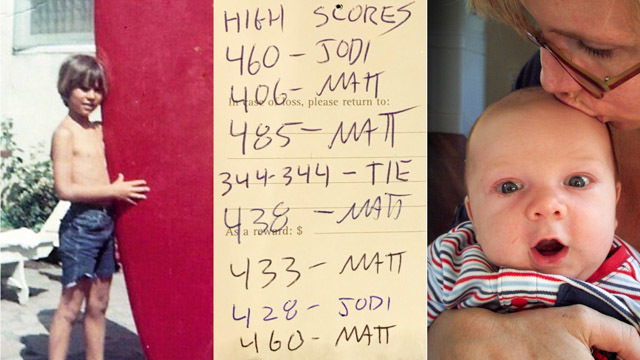 What I did not expect, 10 years ago, was that any of the forthcoming challenges would be as four-dimensional batshit crazy as COVID-19. The biggest global event in history? Not yet? Top Five with a bullet, I think. The disease part is about to fission with the economic part to God knows what end, and my EOS game is tighter than it’s ever been right now because of the need to bury myself in work so as to not think for too long about what is gonna happen over the next six, eight, 24 months.  Yet the same time (and here is the thought that launched this whole Sunday Joint preamble), I have to admit to being really really alive to this moment. It is the opposite of bored or jaded or seen-it-all. I don’t like it. But some part of me is wired on the intensity. I walk around the streets of Queen Anne abuzz at what is happening, and what is about to happen, in a way that feels like a reverse-negative—flipped, that is, but not dissimilar—to how it felt to walk around the streets of Bernal Heights, San Francisco, when Jodi was pregnant.

Today, like then, I am also hyper-alive and appreciative of the things that really matter. COVID may eventually strike me down in one way or another, but for now I can still run my fingers back and forth across this alcohol-wipe-scented MacBook Pro, and therefore still make lists, and this is my first and most-important post-virus list.

Five COVID-Age Things I Am Most Hyper-Appreciative Of

With mid-priced bourbon coming in at a hot #6.

Work, surfing, and a finger or two of Four Roses all contributed to this week’s fine batch of EOS posts, beginning with this new 3.5 minute James Jones supercut video clip, and this James Jones Above the Roar interview. I’d still like to know how Jones got the nickname “Booby,” and if his inability to shake it is why he so often appeared to be sullen. Ricky Cassidy, any thoughts?

Here are my two favorite moments from the Duke contest, both from the 1970s. First, in 1974, Jeff Hakman finished 4th in the Duke one day after getting crushed by a horse. “There were stitches over his left eye and his ankle was sprained and he was limping badly,” Drew Kampion wrote in his Duke contest report. “The girl who had been riding with Jeff was in the hospital with a broken pelvis.” I imagine that Jeff, like Hulk but smaller and less green, lifted the beast off his lady with one hand and pulled her to safety with the other. My other favorite Duke moment happened in 1979 when the contest was held the same day as the Pipe Masters. “I began by competing in the Duke prelims,” Mark Richards told the Honolulu Star-Bulletin that afternoon, “and the minute I finished, I had to rush to Pipeline and surf in the Masters final. After that, I came back to Sunset to compete in the Duke semis, then the final. I’m about to collapse.” Richards won the Duke, took 4th in the Masters, and a week later won the season-ending World Cup and his first world title. It would be a better story if a horse fell on him somewhere in there, but still. 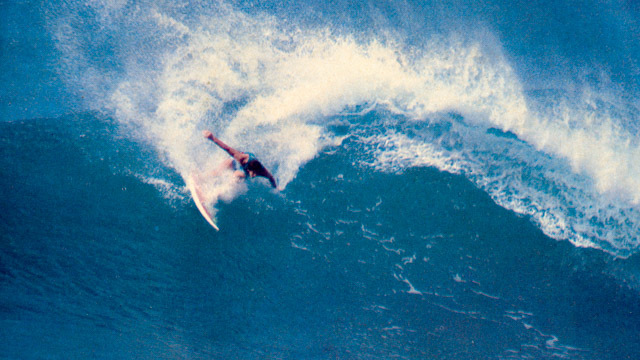 Finally, before signing off, just a reminder that if any of you guys take a big enough hit money-wise over the coming weeks or months, and need to cancel your EOS subscription . . . don’t. Drop us a line and we’ll keep you sub going, no charge, until things turn around.

Thanks you guys, and see you next week.